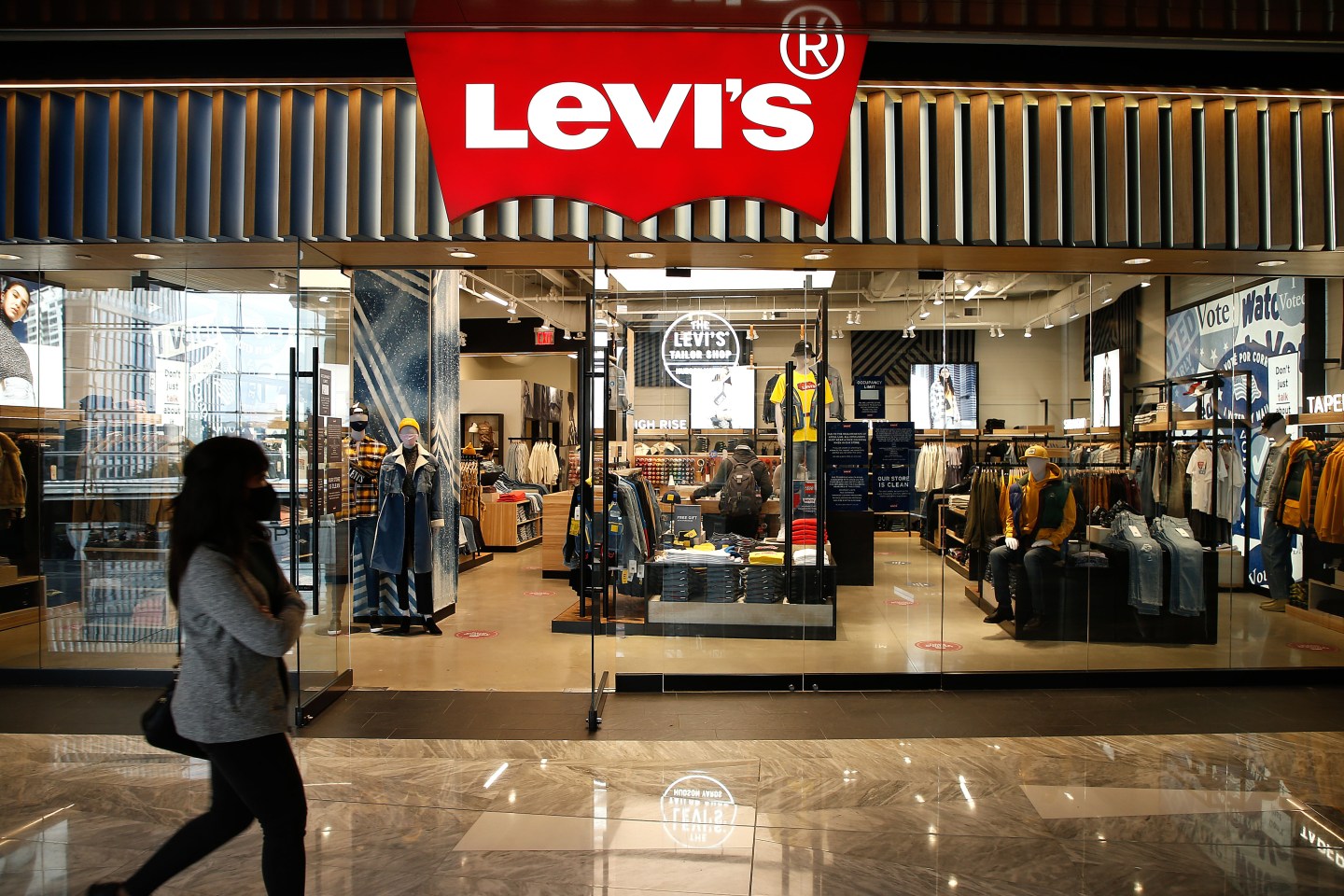 A major sign of trouble for department stores that sell Levi’s came last year when the denim-clothing maker announced that Target would start selling Levi’s signature Red Tab jeans at 140 of its stores.

The discount retailer had long carried an ultracheap Levi Strauss & Co. brand called Denizen, but Levi’s executives had considered a mass retailer like Target as an afterthought for its flagship products, which sold briskly at mall stalwarts like Macy’s, J.C. Penney, Sears, and Belk.

But those retailers, and many of the malls they inhabit, have struggled in recent years—resulting in the closing of hundreds of stores—while Target has thrived. Levi’s is now doubling down on the Target partnership and last month said that it would expand to 500 stores.

Adding to the pressure on mall retailers: In October, Levi’s announced it would start selling at some Dick’s Sporting Goods</a> stores, which like Target, are concentrated in strip centers. And Levi Strauss CEO Chip Bergh says he sees room for more of his merchandise at Kohl’s, a longtime customer and yet another fixture of strip centers.

While Levi Strauss is prioritizing efforts to build up its own stores and website, the company still depends on retail customers: Its wholesale business in North America accounted for 70% of 2019 sales.

The company’s shift away from its longtime mall-based department store customers to a new cohort of retailers comes at a time when Levi’s needs to stem sharp COVID-led declines in global sales (down 26% in the most recent quarter).

“Some of this was just reconsidering our own thinking about our customers, and being open-minded,” Bergh tells Fortune. The question Levi’s executives asked themselves was simple, he added: “Who’s winning with the consumers, and how do we win with the winners?”

Those winners, it turns out, have been the strip center retailers. Shoppers have gravitated away from department stores, turned off by often messy stores, incoherent merchandise mixes, and malls in disarray. In contrast, Target, Dick’s, and Kohl’s stores are well maintained and are often located closer to shoppers than malls are.

“There was always this perception that a customer going into a mass store was not our customer,” Bergh says of old attitudes toward Target in the Levi C-suite that persisted even after he took the reins in 2011.

“They’ve got people coming into their doors; they’re our kind of customers,” Bergh says of Target. Dick’s, too, is helping Levi’s win new customers with a partnership that is starting small but is likely to grow, and that showcases Levi’s more expensive jeans, typically priced at $70 compared with $40 at Target.

Even Kohl’s, struggling to avoid the same trends that have hurt Penney and Macy’s, offers Levi’s access to a clientele the jeans maker has made a big priority: moms. Women’s products generate more than a third of Levi’s revenue, much more than when Bergh became CEO, but less than what the company would like. And with Kohl’s dropping dozens of its store brands, Bergh sees an opening. “Levi’s is so strong right now, and our women’s business is underdeveloped,” he says.

Still, Bergh is quick to add that Macy’s and even Penney, a retailer with a third of the stores it had at its peak only a few years ago, are still essential given their reach.

More stores, but make them smaller

However much the mix of retailers in Levi’s wholesale business evolves, direct-to-consumer selling will remain a major focus for Levi’s growth, given the higher profits and greater control it offers.

Levi’s has some 3,100 stores around the world, of which only about 850 are owned and operated by the company, the rest being franchised primarily overseas. Whittle it down further by excluding outlet stores and Levi’s has only 35 regular U.S. stores.

Bergh sees opportunity to open many new such stores, pointing to markets like Boston where the closest Levi’s locations are outlet stores in the faraway exurbs. That next generation of U.S. stores will take a page from Levi’s European stores, which are typically about 3,000 square feet in size, far smaller than they are stateside. “We don’t stuff them with everything we own and we sell,” Bergh says.

So while Bergh sees room for 100 more U.S. stores over time, don’t expect them to be large, disorganized bazaars. And with the bulk of Levi’s North American sales still coming from wholesale—a situation likely to continue for the foreseeable future—expect Levi’s to keep looking to increase the share of business from its newer retail customers like Target and Dick’s. “We’re winning in the marketplace,” says Bergh. “Give us more.”