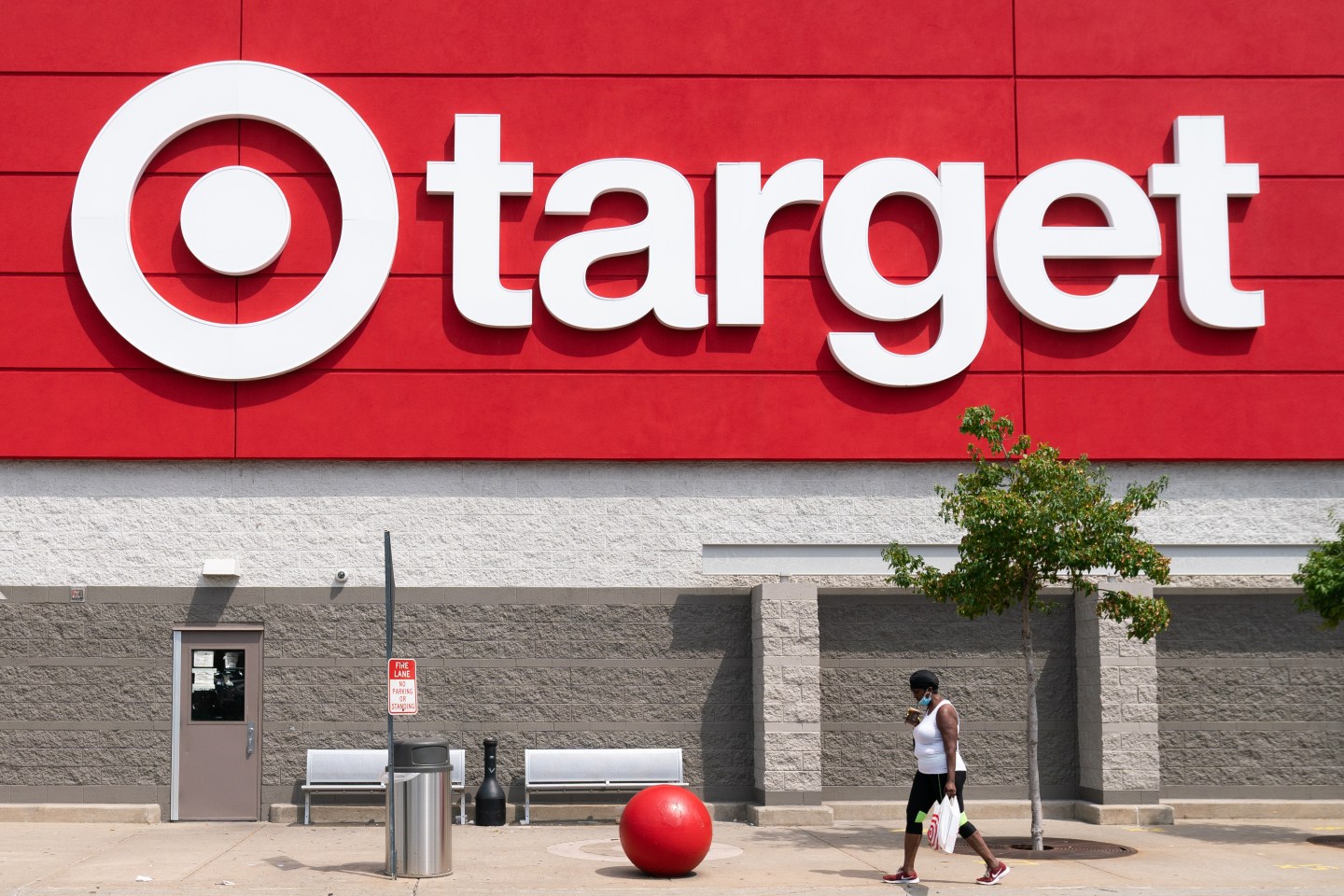 A shopper wearing a protective mask walks past a Target in Jersey City in August 2020.
Getty Images

Target and Ulta Beauty announced one of the boldest retail partnerships in ages on Tuesday: The beauty store chain will open small shops inside hundreds of Target locations in the coming years—despite the fact that the two retailers compete in the category and face off at countless strip malls where they cohabitate.

Ulta, the fast-growing beauty products and services retailer, will open 1,000 square-foot shop-in-shops at 100 Target stores next year, with plans for many more. The Ulta shops will sit alongside Target’s existing beauty sections with prominent signage and be staffed by Target employees.

This is not the first time Target has turned to an outside company that is frankly better at something it wants to offer customers: A few years ago, Target got out of the pharmacy business and brought in CVS Pharmacy. Target also bought Shipt a few years ago rather than build its own fast delivery service from scratch.

While Target has a sizable beauty business, it is a crucial area for the retailer to improve upon. Beauty generates store visits, adds to the “fun” part of shopping at Target—and is becoming all the more essential to the retailer as Walmart, CVS, and Walgreens are also improving their beauty offerings.

“Target is still not perceived by many consumers as a specialist player in beauty, and, as such, it has missed out on growth within the more premium part of the market,” Neil Saunders, managing director of GlobalData, wrote in a research note.

The Ulta tie-up should help its bigger rival address that weak spot. An Ulta spokeswoman tells Fortune that the shops will offer 40 brands that Target doesn’t currently carry and will include higher-end products. Ulta will continually rotate the selection to give customers incentives for repeat visits. (The Ulta shops will not offer salon services found at Ulta stores.)

What’s more, having Target staff trained by Ulta will deepen their knowledge of the products at a time getting advice and recommendations is core to beauty shopping.

The partnership also complicates matters for a number of Target’s competitors. By bringing in Ulta shop-in-shops, Target will make strip mall competitor Kohl’s strategy to build up its own small beauty business, a centerpiece of its newly announced multiyear plan, that much harder to pull off. In addition, this could siphon away more customers from J.C. Penney, which houses hundreds of Sephora shops, at a time that department store is emerging from bankruptcy protection as a smaller company.

As for Ulta, which pre-pandemic was one of retail’s hottest stories with net sales almost doubling between 2015 and 2019, teaming up with Target is a way to mine new areas of growth at a time when other expansion opportunities are drying up. The company currently has 1,264 stores and has said it sees room for 1,500 to 1,700 ultimately.

Ulta stands to benefit from diversifying its physical presence: Sales took a big hit earlier in the fiscal year because of the pandemic as stores were closed for weeks, while Target, deemed an essential retailer, stayed open.

There are other benefits to being at Target: Some 30 million shoppers visit its 1,900 stores every week, and the big box retailer has a massive e-commerce operation that could expand Ulta’s brand awareness among new audiences. GlobalData’s Saunders says Target will help Ulta expand its reach among younger shoppers, who tend to gravitate to Sephora, as well as more casual beauty buyers.

Ulta’s shares rose 6%, while Target’s were up a bit, as Wall Street cheered an illustration of how retailers can seek growth by looking beyond the same old playbook.

“This is yet another meaningful example of the creativity the larger brick-and-mortar players are utilizing in their efforts to ensure increased store and website traffic,” said Moody’s vice president Charlie O’Shea.