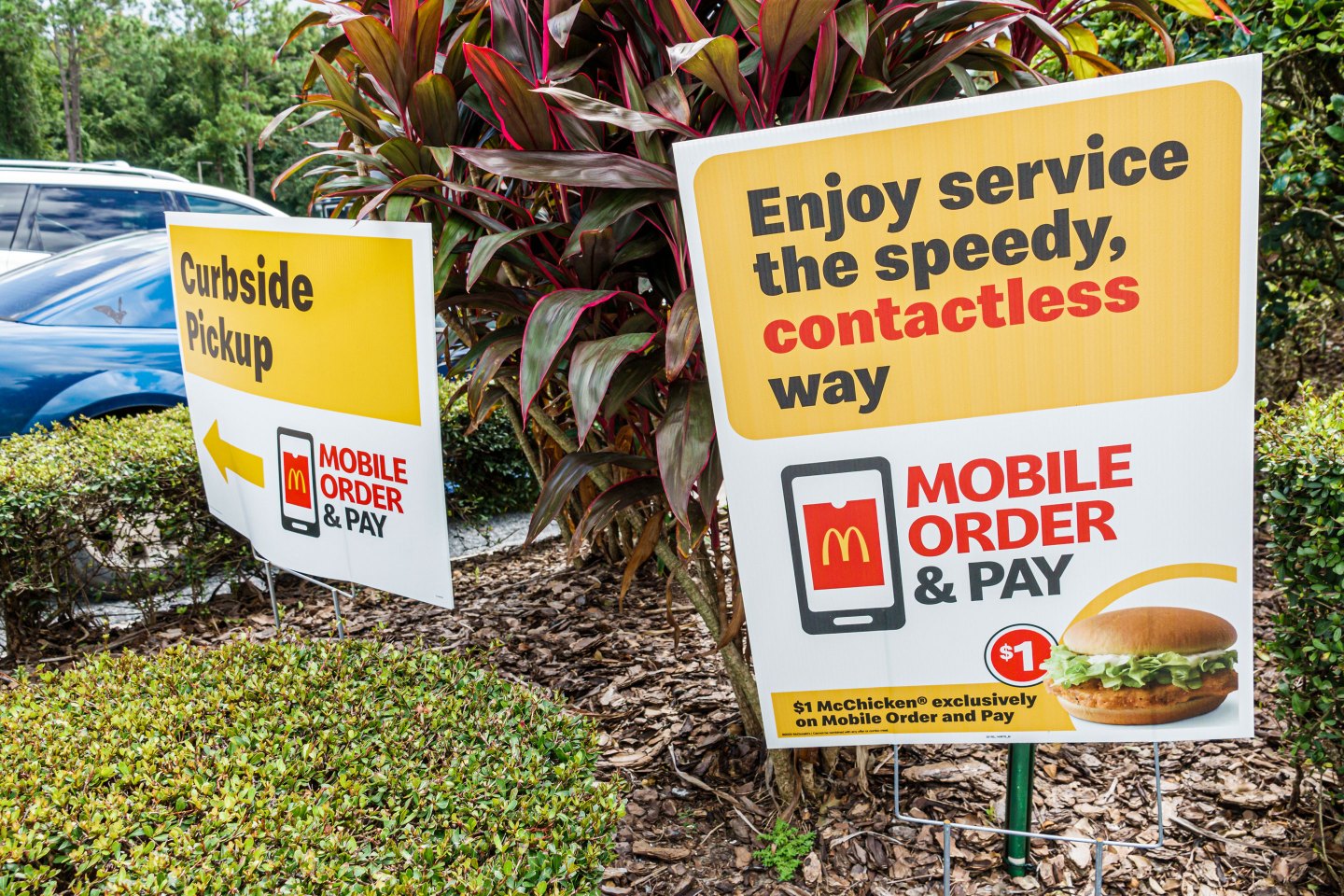 The restaurant industry has been decimated by COVID-19, with one of the sector’s major trade organizations reporting in September that 100,000 establishments had already shut down permanently or long term over the past six months.

However, the restaurant industry is not a monolith, and there’s one kind of eatery that’s already bouncing back: fast food, which is set up to cater to the strange consumer demands of this COVID-19 era. It may even come out of this period stronger than before.

“We think we have an opportunity to get aggressive, and that’s what we’re trying to do,” says McDonald’s CEO Chris Kempczinski.

Kempczinski spoke with Fortune for this week’s episode of the Reinvent podcast in an exclusive interview as McDonald’s announces today the rollout of a new strategy designed to capitalize on a consumer landscape remade by COVID-19.

Kempczinski lays out a vision in which consumers are able to control their entire McDonald’s experience digitally: choosing the nearest location; having the restaurant anticipate orders or make suggestions. And then, once customers are on-site, McDonald’s would know they have arrived, alerting them to the fastest way to pick up their orders—say drive-thru versus curbside. Kempczinski says customers would get the same sort of experience if they opted for delivery.

This model is likely to be particularly appealing to consumers during the pandemic, when they are trying to limit interaction with others. “When you think about the elements of what will be successful to run a restaurant business in the future, certainly having a contactless experience is going to be one part that’s a lasting change out of this,” Kempczinski says.

McDonald’s has an advantage here because it dominates at the drive-thru. Now the company is trying to remove pain points and make the process even faster. Kempczinski gave the example of perhaps giving loyalty members their own drive-thru lane. “There is no end to the innovations that we can be doing in drive-thru,” he says.

McDonald’s has also sped up service through the simple act of taking items off the menu—something made easier during COVID-19 as customers return to its core products like Quarter Pounders and Big Macs.

Says Kempczinski: “What we saw from the customer here was, ‘I’m not looking to go try the greatest new truffle-mushroom-onion burger. I want familiar favorites that I can count on and depend on.’”

Kempczinski argues that with speed comes another benefit customers are looking for right now: safety. “This goes to a fundamental need, which is, ‘I want to feel safe. And the faster I can get back home, I feel better about that,’” he says. “Customers surprisingly have been very forgiving about losing some of their familiar favorites. We haven’t seen a lot of complaints.”

Prior to COVID-19, McDonald’s had gone through a period where it was fighting to stay relevant and compete with fast-casual restaurants (think Panera and Chipotle) and better burger concepts like Shake Shack.

Industry analyst Aaron Allen says McDonald’s then “woke up and realized that the business changed more outside the four walls than they had inside the business over the previous five years.” That led them to a “modernization strategy that really has helped propel them ahead competitively.”

While McDonald’s has spent a lot of time and money sprucing up the inside of its stores to compete with higher-end chains, this is a moment when in many cases restaurants wish they had the infrastructure and technology of McDonald’s to meet the demands of the COVID-era consumer.

“Certainly the landscape of what dining out looks like and what the restaurant industry looks like is going to be very different,” Kempczinski says. Expect “lasting changes on the experiential side of what it means to eat out at a restaurant.”