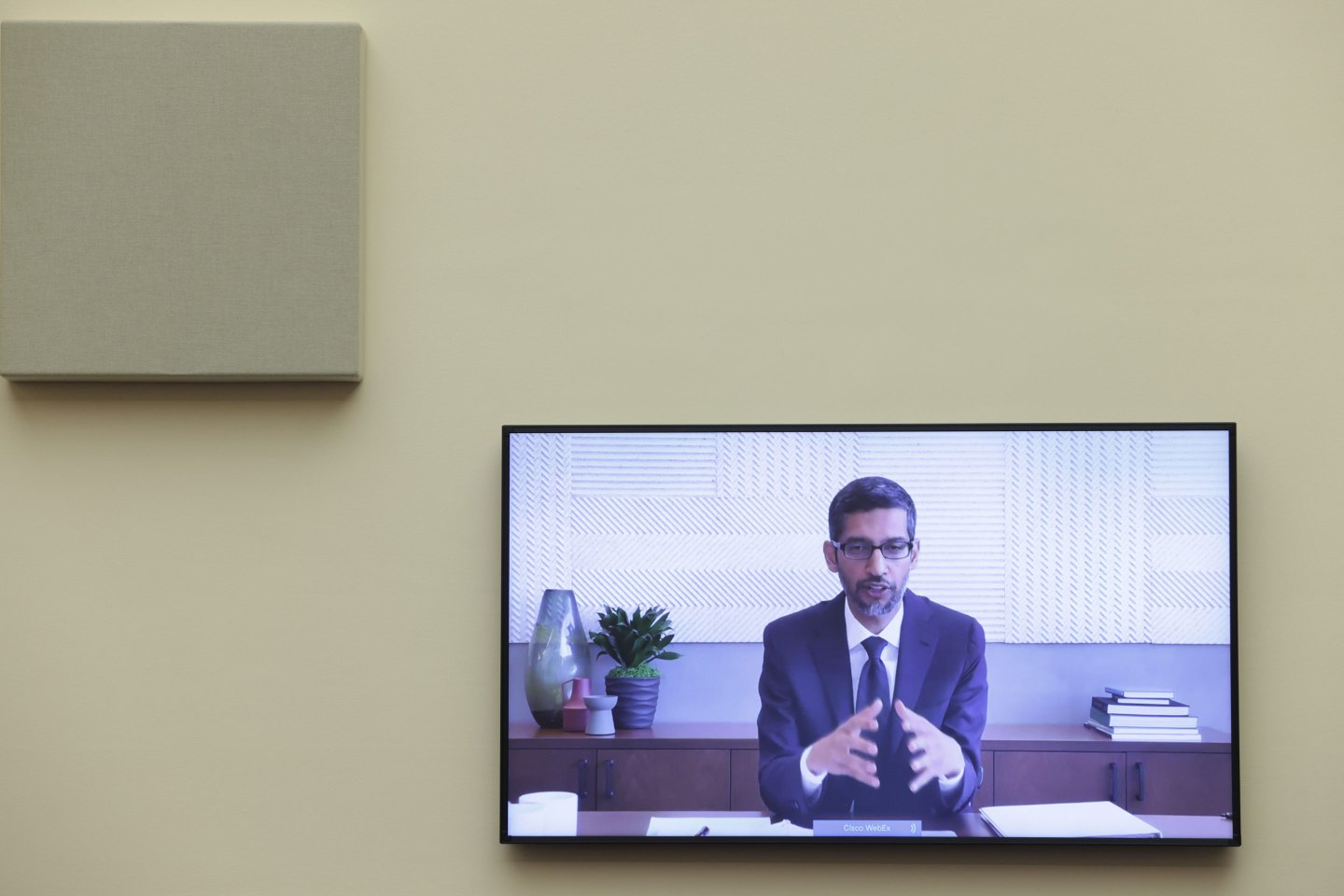 For Gabriel Weinberg, CEO of the private search engine DuckDuckGo, Google’s market dominance presents the ultimate frustration: He believes not only that his product is remarkably similar in quality but also that it actually prioritizes the privacy and best interests of its users.

In addition to stifling competition by paying off companies like Apple to make its search engine the default on most devices, Google, Weinberg argues, is ultimately contributing to the nation’s alarming divisiveness with its “filter bubble.” Whereas DuckDuckGo will return the same search results for every user no matter their specific location within the U.S., the results you see from a Google search may vary depending on where exactly you are.

“That’s making the country more polarized,” Weinberg says. “If, say, everyone in certain zip codes are seeing one side of an issue versus another just based on what people have clicked on before in that zip code, it’s creating more and more of a bubble in that zip code. And we think that’s really bad for democracy, generally.”

On this episode of Fortune Brainstorm, a podcast about how technology is changing our lives, Weinberg speaks with Fortune’s Michal Lev-Ram and Brian O’Keefe about the importance of the Department of Justice’s antitrust lawsuit filed against Google and its allegedly unlawful monopolistic practices, as well as why Google’s ownership of over 90% of the search market should be of concern.

Specifically, Weinberg takes issue with the obstacles individuals face to make a non-Google search engine their default. While Google asserts that its competition is “just a click away,” Weinberg argues a user would have to take four to five tedious steps to make DuckDuckGo the default search engine. Provided an easier path to competitors, users may be open to a switch away from the search giant, according to Weinberg.

“Just because they have 90% now doesn’t mean that it has to stay that way,” Weinberg says. “And in particular, we’ve run various studies that show if you give consumers an actual option, [Google’s] market share could drop by 20 percentage points overnight. So, there’s a lot of pent-up demand for alternatives.”

Maurice Stucke, law professor at the University of Tennessee and coauthor of Competition Overdose, also joins the podcast to weigh in on the first major antitrust case in over two decades. With the DOJ taking action against Google, Stucke says he wouldn’t be surprised if other Big Tech companies were to have their day in court next.

“After the House report, it would be really hard for the agencies to justify to continue doing nothing against Facebook, Amazon, and Apple,” Stucke says. “What the report explores is how these four platforms all have the same anticompetitive playbook and how they use this playbook in order to maintain their dominance and extend it in other markets.”

Toward the beginning of the episode, Lev-Ram and O’Keefe bring on Fortune senior writer Aaron Pressman to discuss how Google’s antitrust lawsuit closely mirrors the one brought against Microsoft 22 years ago.

To hear more about both what may be in store for Google and the consequences of its market dominance, listen to the episode above.