Democracy is trending: How big consumer brands are boosting voter turnout in 2020 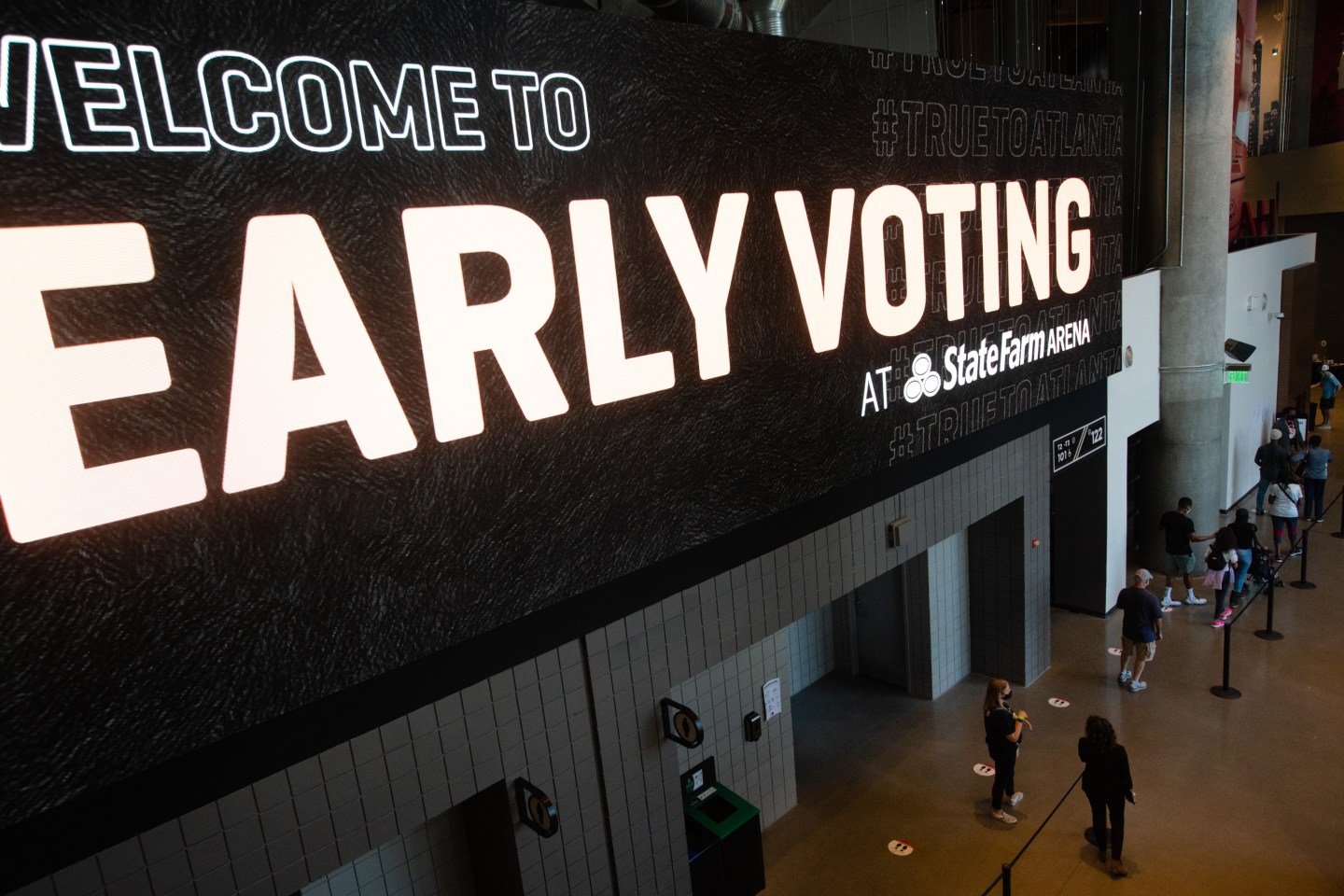 Democracy is trending. Politics—and the upcoming election—is showing up in our social media feeds, in our music, on television, at work, and when we shop. We’re seeing historic numbers of public-facing activations of civic responsibility from consumer brands helping drive record voter turnout.

In the case study that the two of us published in June 2019 for the Harvard Kennedy School, Civic Responsibility: The Power of Companies to Increase Voter Turnout, we predicted that brands would need to find unique, authentic, and nonpartisan ways to engage in the conversation about the 2020 election—and to respond to calls to help drive increased civic participation in the United States. The challenges and threats COVID-19 presents to the election accelerated this need, as employees and consumers needed help navigating the changes caused by the pandemic.

In profiling the efforts of BlueCross and BlueShield of Minnesota, Endeavor, Gap Inc., Patagonia, Snap, Spotify, Target, and Twitter to drive voter turnout, particularly among young people, we provided a road map for how companies could play a unique role in advocating for a healthier democracy.

We also demonstrated that consumers and employees actually want them to. According to one survey, almost 80% of consumers believe companies should take positions on social and political issues—and are actively seeking to reward companies that do so with their business or positive social media attention. It is precisely this benefit of action—and the risk of inaction—that we reported in 2018, and many more companies are feeling now, driving record numbers of businesses to engage in 2020.

These factors have also helped companies overcome the fear of being seen as partisan or disingenuous, a fear that previously held them back from engagement, especially in the current, polarized political climate. But the early adopters proved—by leaning into sharing resources like voter registration forms, polling place information, and key deadlines—it was possible to inspire people to make their voices heard at the ballot box without getting “political.”

The road map these early adopters provided has given newcomers the leverage and safety they need to launch their own campaigns. These companies—and others—are finding authentic, nonpartisan ways to communicate with their consumers and employees about the democratic process, through efforts such as product offerings, shareable social outputs, in-app activations, and editorial mediums. But why are they doing it? And what does it mean?

Where marketing and voting align

By our count, over 2,200 companies have stepped up their civic responsibility efforts, embracing their power to drive increased voter participation. Those with longstanding civic programs like MTV, Patagonia, Snapchat, Spotify, and Uber have expanded their programs dramatically, climbing the ladder of engagement beyond encouraging voter registration through social media posts and emails to leveraging their platforms for ongoing registration, early/absentee vote promotion, and time off for voting. Popular retail brands like Glossier, Madewell, and Stuart Weitzman are finding creative, direct-to-consumer ways to promote voting. Companies like Gap’s Old Navy, Target, Levi Strauss, and Warby Parker are giving employees time off to volunteer as poll workers. And hundreds of brands—from United Airlines to McDonald’s, Milk Bar to Major League Baseball—are jumping into the conversation.

These brands—and hundreds more—feel they cannot be left out of critical activation moments in the 2020 cycle. According to a recent Morning Consult survey, staying silent risks a brand “appearing to be shirking its civic duty”: 46% of consumers view companies involved with voter registration more favorably, and 58% say the same for companies that give employees the day off to vote. Some brands are seeing real business benefit for their efforts.

More than 500 companies have joined the newly launched Civic Alliance (formerly the TurboVote Challenge), which this week released a powerful statement calling on public officials to protect election integrity. Another 1,600 companies have signed the Time to Vote pledge. More than 150 companies helped Power the Polls sign up 650,000 people to serve as poll workers. Hundreds of brands helped National Voter Registration Day register 1.6 million people this year. Hundreds of companies celebrated the inaugural Vote Early Day on Oct. 24 to raise awareness around voting options and how to request a ballot or vote early in person. And, throughout early voting and on Election Day, dozens of companies like UberEats, Shake Shack, and Milk Bar will be working with Pizza to the Polls to deliver food to polling places with long lines.

A challenge from COVID

COVID-19 has necessitated changes to election administration in 2020 and amplified the need for brands to step up their civic engagement efforts. For example, the global pandemic has caused a shortage of people to work at polling locations; required greater education about early-voting options; and increased demand for safe vote-by-mail exponentially. Companies were called upon in an urgent way by nonprofit advocates, election officials, and peer business leaders to help ensure that voters understand the voting process and have access to all of the information they need to cast a ballot safely and securely in 2020.

Moreover, the United States lags behind the majority of developed democratic nations with regard to voter turnout: Upwards of 60% of the eligible population doesn’t vote in midterm elections and around 40% sit out presidential elections. In fact, the U.S. ranks 26th out of 32 developed democracies in percentage of eligible voters who participate in elections, according to the Pew Research Center. This highlights how critical it is for every brand to recognize the role they have to play here.

Many of the eight participants in our original case study pointed to seeing this increased interest from employees as well. One company shared in 2018 that it hadn’t planned to promote the election, until one day the CEO saw that employees had set up their own voter registration table in the lobby and that the table was getting a lot of traffic. Multiple case study participants shared surprise at the number of emails from employees they received, thanking them for taking initiative and describing how proud they were to work for an organization that values these civic campaigns—whether it was the CEO sending an internal email about registering or a social media post from the brand’s handle encouraging voter participation.

We hope that this historic corporate civic engagement will result in historic voter turnout. Every company has the power to effect change in democratic participation in ways native to their brand—their ability to do so, inspiring their consumers and employees to engage, will help change the fabric of democratic participation in this country. Most importantly, because their consumers and employees want it, civic responsibility is good not only for democracy, it is also good for business.

Ashley Spillane is the former president of Rock the Vote and is a former Roy and Lila Ash Fellow at Harvard Kennedy School’s Ash Center. She is the founder and president of Impactual.

Sofia Gross is a former Technology and Democracy Fellow at Harvard Kennedy School’s Ash Center. She is a public policy manager at Snap.