Chobani’s radical plan to take care of its hourly workers: Pay them more 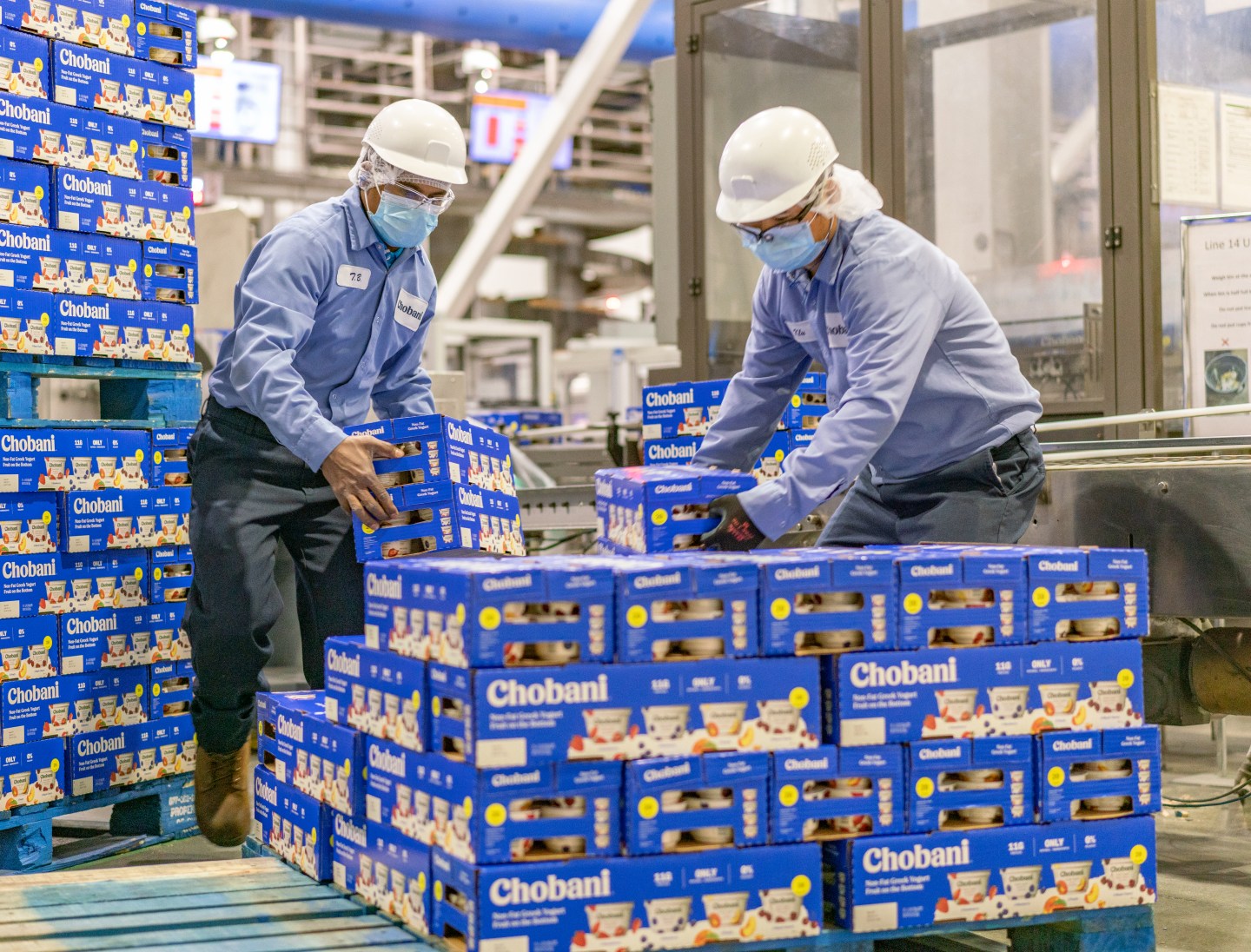 Chobani employees at the company’s plant in South Edmeston, N.Y. The yogurt maker is increasing its starting wage to at least $15 per hour.
Courtesy of Chobani

For the first seven years after founding Chobani, CEO Hamdi Ulukaya rarely left his yogurt-making factory as he worked to get his business off the ground. “I saw the dedication, the work, the discipline, the human connections,” he says. “But I also saw the struggles.”

As the industry grew, Ulukaya also witnessed what he describes as a disconnect between the sector prospering but not all of its workers sharing in that success—especially those working the factory floor. “Society moves on the shoulders of people like that,” he tells Fortune.

In an effort to bridge the gap Ulukaya sees between employee and company success in the business world, Chobani plans to increase its starting hourly wage to at least $15 an hour—more than double the federal minimum wage of $7.25. Approximately 70% of the food company’s employees are paid hourly.

With the wage increase that the company is announcing today, Chobani’s average hourly rate at its manufacturing plants in South Edmeston, N.Y., and Twin Falls, Idaho, will be about $19 an hour. The change will go into effect during the first quarter of 2021.

While COVID-19 has highlighted the critical role of factory employees, Ulukaya says Chobani has been working on this initiative since last year.

The pandemic “is an opportunity to see things a lot deeper and say, ‘These are fundamentals that need to change,’” Ulukaya says. “We do not have to wait for the government to act on it. We, as businesses and CEOs and brands must do our responsibility, and this is the time to do it.”

Chobani’s new hourly rate comes as the federal minimum wage has remained unchanged for more than a decade—the longest span in the nation’s history.

The company says it is not changing employee hours, benefits, or other compensation programs to fund the wage increase. “This kind of spending is not an expense,” Ulukaya says. “These are the best investments you can do for your company.”

“The return on this is enormous,” he adds, pointing to increased productivity and, in turn, profitability.

The wage increase builds on Chobani’s history of investing in its workers. In 2016, Ulukaya committed to giving employees up to 10% of the company’s shares if Chobani goes public or is sold. In 2017, Chobani expanded its parental leave policy and now offers generous fertility benefits.

“These are fundamentals that in my gut bother the hell out of me,” Ulukaya says. “That’s the problem I see in the world of business—maximizing profits is translated into cutting from everywhere else.”

Ulukaya says the demand for businesses that live up to the philosophy of conscious capitalism—a mode of doing business that puts purpose alongside profit—is going to increase within the next decade. That interest will come from consumers but also from employees who want to work for companies that share their values.

“People’s expectations from companies has never been this high,” Ulukaya says.