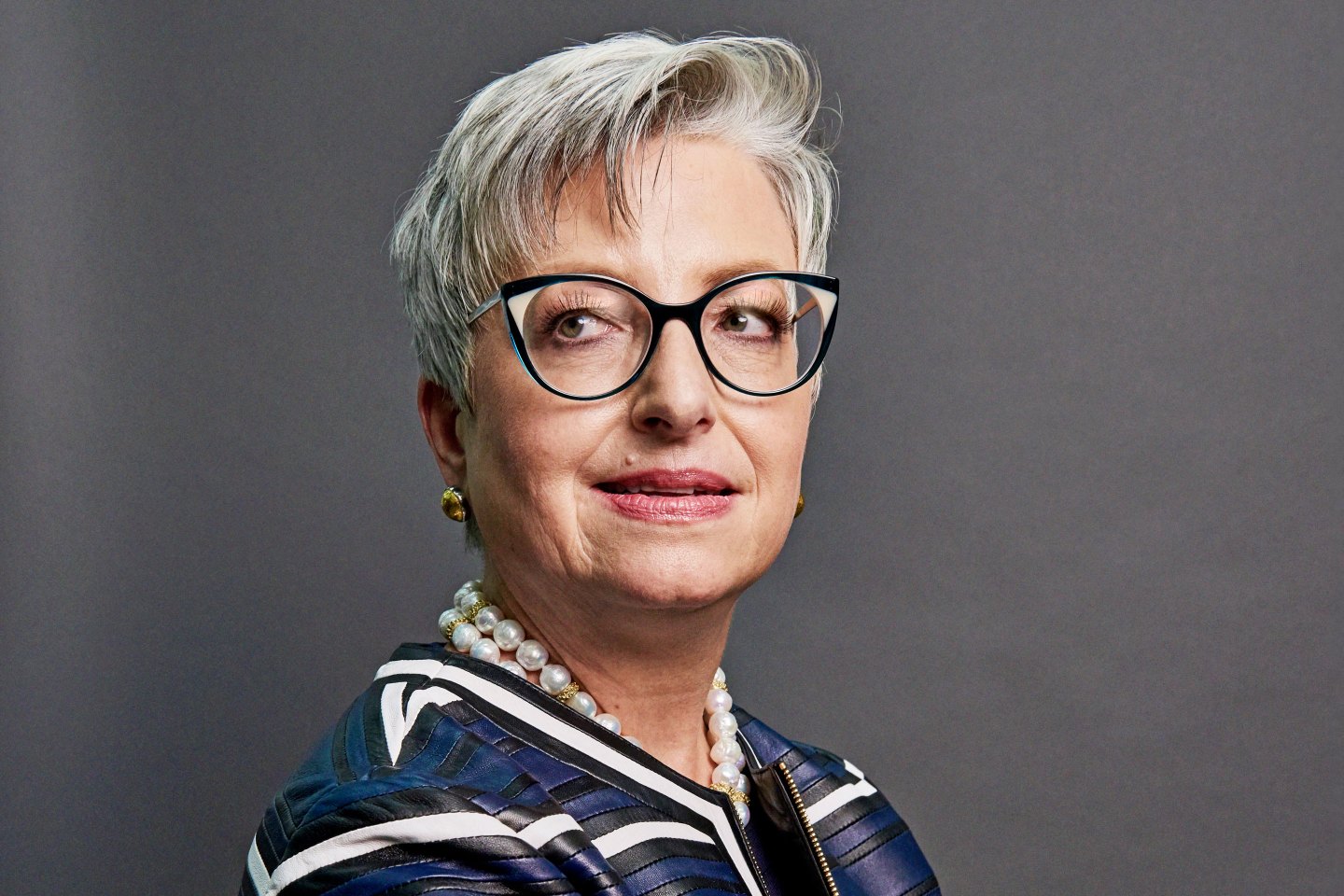 – What’s up at UPS. We’re ending our unofficial Fortune Most Powerful Women week with an interview with an executive who previously appeared on our ranking as CFO of Home Depot: Carol Tomé, who was named CEO of UPS in June.

Tomé (No. 5 on this year’s list) tells our colleague Aaron Pressman that she’d planned on spending this year gardening after retiring from Home Depot in 2019. But UPS’s board—where she’s served since 2003—had other plans. So rather than pass 2020 minding her perennials, Tomé has been guiding UPS through a massive pandemic-fueled spike in demand, as well as narrowing the company’s focus and presiding over an improvement in stock performance.

There’s a lot to unpack in their Q+A, but one exchange really jumped out for me. Aaron asked about Tomé about her vow to make the company “better not bigger”—and how the company had done the opposite in the past. The CEO recalled an early exercise she did with the leadership team:

“[W]e put all our initiatives up on the wall around the conference room. I gave everybody 10 green dots and 10 red dots. Green were for those initiatives that we thought were wildly important. Red were for those we should stop doing.

All the green dots went up. No red dots. I said: You have to. So we went around again, and everybody used the red dots, which is very helpful, because it allowed us to say this is not important, right? We can put that on the shelf right now.

It allowed us to narrow our focus. It’s so critically important. You know, what is Lewis Carroll’s saying? ‘If you don’t know where you are going, any road will get you there.’ That’s effectively where we were.”

I suspect many in corporate America can relate! Under Tomé’s watch, the shipping giant is resetting its compass and choosing its path with care. Read the full interview here.

- Preempted interview. Before last night's debate, President Trump released footage from his 60 Minutes interview with Lesley Stahl before the program aired. In the video, Trump complains about Stahl's questions as she presses him on his COVID-19 response. USA Today

- Deposition details. The recent unsealing of a deposition by Ghislaine Maxwell shows the alleged accomplice of Jeffrey Epstein as a strong defender of the late convicted sex offender. Maxwell lost a court battle to keep the deposition, recorded through a defamation case brought by victim Virginia Roberts Giuffre, hidden from public view. Read the details of the deposition here: Miami Herald

- Power couple. Nicole Avant was President Barack Obama's ambassador to the Bahamas and is a powerhouse Democratic fundraiser; she's also married to Netflix co-CEO Ted Sarandos. Avant's experience as a Black woman and her understanding of racial injustice, Sarandos says, guided him to develop content about the issue for Netflix (and her longstanding friendship with the Obamas didn't hurt as Netflix sought that mega-deal!). Town & Country

- Book business. Molly Stern was the publisher of Crown and editor of Michelle Obama's Becoming. She left amid a merger and leadership shakeup two years ago and is now launching her own publishing company. The business, Zando, will specialize in promoting authors via influencers and brands rather than bookstores and retailers. New York Times

- Abortion ruling. In Poland, a new decision by a constitutional tribunal effectively outlaws abortion under nearly any circumstance. The decision rejected abortion because of fetal abnormalities, leaving abortion legal only for a threat to a woman’s health or in the case of incest or rape. New York Times

Man Repeller is shutting down The Cut

The bind of being first Harper's Bazaar

-Adella Colvin, founder of LolaBean Yarn Co., on her popular yarn business and speaking out for racial justice