What business can learn from the NBA bubble 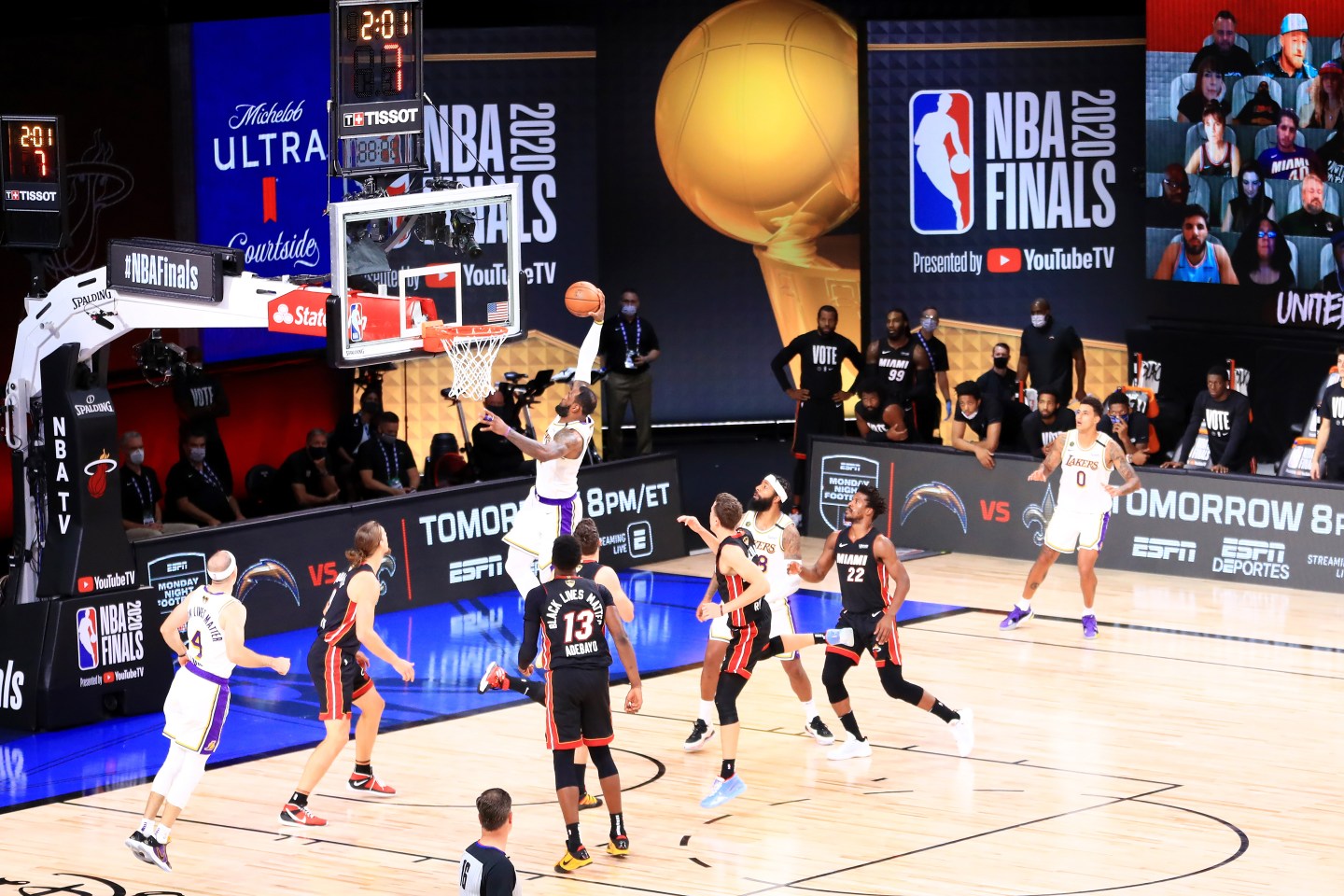 This week's episode of the Reinvent podcast takes listeners inside the NBA bubble.
Mike Ehrmann—Getty Images

It had already been a tough year for the NBA.

It started last fall when the general manager of the Houston Rockets sent out a tweet that was sympathetic to the protestors in Hong Kong, which got the NBA taken off of broadcast television in China and cost the league millions. Then David Stern, the legendary former NBA commissioner, died unexpectedly on New Year’s Day. Just a few weeks later, the death of retired Laker superstar Kobe Bryant and his 13-year-old daughter in a helicopter crash rocked the world.

Then one month after the All-Star weekend, just before the Utah Jazz and Oklahoma City Thunder were about to tip off, the game was postponed. A Jazz player had tested positive for COVID. Soon, the entire league shut down.

“If the NBA had spent the first part of the 2019-2020 season swimming through some big rapids, COVID just sent it over the waterfall,” says Adam Lashinsky in this week’s episode of Reinvent, a podcast about fighting to thrive in a world turned upside down by COVID-19.

How the NBA bubble came to be is far more than a sports story; it’s also a lesson in leadership and business. “The NBA taught us that you pay attention to your product first and foremost, and in the NBA’s case, its product is the game of basketball,” Lashinsky says during the episode. “That means having a good relationship with its players, listening to the their concerns, being flexible and adaptable, and doing everything you can to stay in business—including, by the way, spending a whole bunch of money if that’s what it takes to get it done and keep the brand intact.”

Lashinsky breaks down how the bubble worked with 300 grown men, the team staffs, league officials, and the media all in this protected environment on a campus at Disney World in Orlando.

“If the rest of the country had even done a fraction of what the NBA had done, the virus might have taken a different course,” Lashinsky explains.

The NBA used high-tech tools like technology from Kinexon, a real-time geolocation technology company, that tracks athletes’ performance to monitor social distancing. It also embraced low-tech solutions like discouraging players from licking their fingers, spitting, clearing their noses, or touching their mouth guards.

In all, the NBA spent $180 million dollars on bubble-related expenses that resulted in not a single positive test of a player, coach, or any of the people living on the campus in Orlando. The NBA faced a revenue shortfall of $1.5 billion associated with the pandemic, but that number would have been much higher if they hadn’t been able to play those games.

“They came out of this having shown that they could respond to a crisis, and still do pretty darn well,” Lashinsky says, “which is pretty good for the brand of the NBA.”

To hear from NBA commissioner Adam Silver, Andre Iguodala of the Miami Heat, and more analysis from Lashinsky, listen to the episode in its entirety.