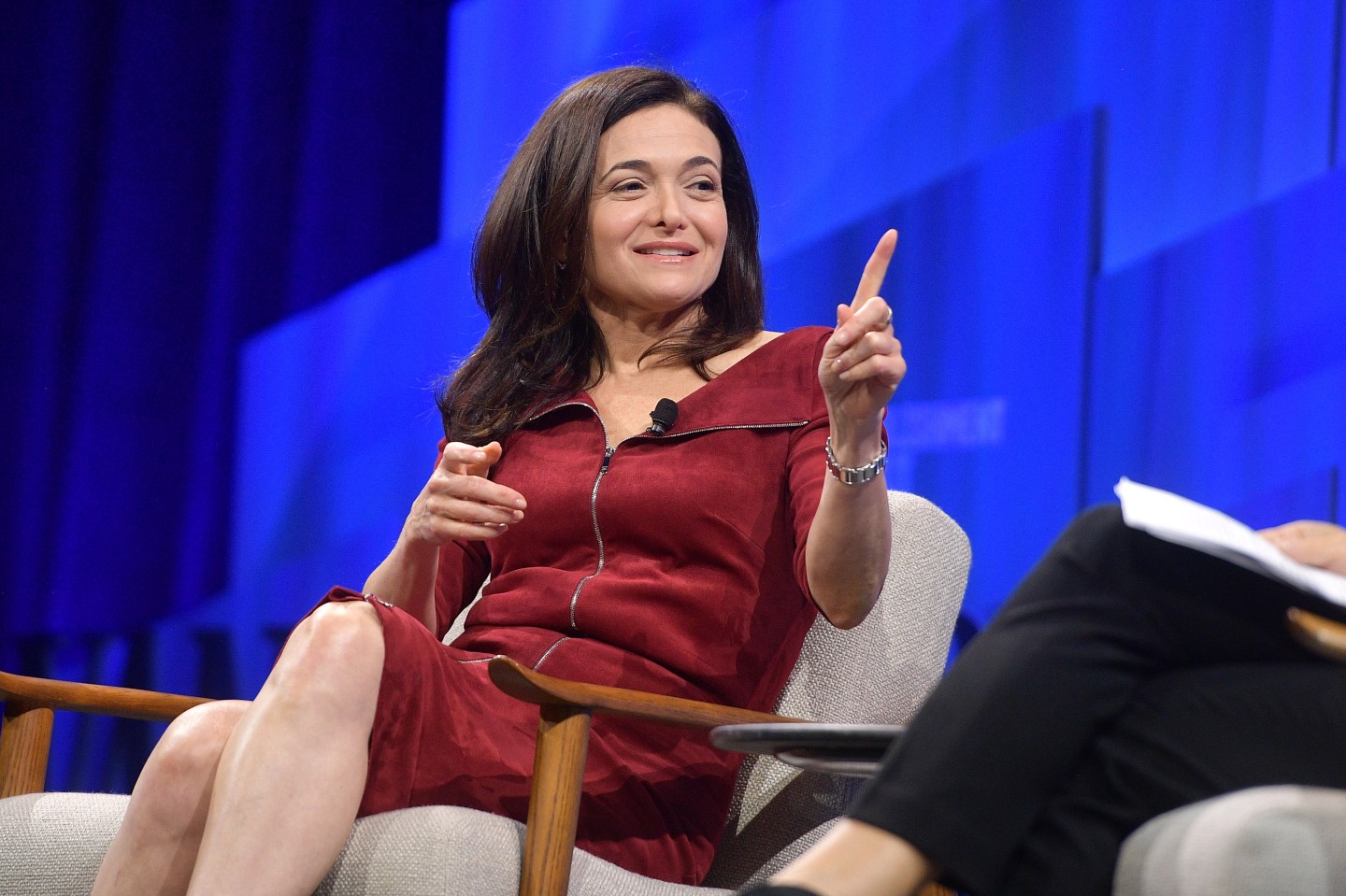 Good morning, Broadsheet readers! Two women are the finalists to head the World Trade Organization, we get ready to welcome special guests to Fortune’s MPW Next Gen Summit, and Sheryl Sandberg sounds the alarm on the importance of retaining corporate America’s best leaders. Have a restful weekend.

– Senior-level crisis. Earlier this week, the Broadsheet covered the astounding number of women leaving the workforce: 865,000 in September alone.

That crisis is just the tip of the iceberg for corporate America, write Lean In cofounders Sheryl Sandberg and Rachel Thomas in a new op-ed for Fortune. Businesses risk losing their top female leaders—the senior most women at their companies—as a result of the coronavirus pandemic.

“Senior-level women—tough, tested, ambitious leaders—are being pushed to their limits and beyond,” write Sandberg and Thomas. “This is a real problem for companies because these leaders are too important to lose.”

Like many working women, female executives are struggling with childcare. Case in point: Among senior leaders with partners, 63% of women have partners who work full-time, compared to just 35% of men. Even executive women who don’t have kids face burdens that men in similar roles simply don’t.

“Senior-level women report feeling more stressed, more exhausted, and more burned out than the men who are their peers. At Lean In, we’re hearing stories from executive women who say that the emotional labor needed to get employees through this crisis is disproportionately falling to them,” the pair write. “Some have been asked by the men they work with to step in to check in on employees and lead difficult internal conversations. … This emotional labor can be draining and often goes unnoticed and unrewarded.”

Sandberg and Thomas—who as Facebook COO and Lean In CEO, respectively, are both senior female executives themselves—are calling on businesses to prevent these valuable leaders from leaving behind their careers. “Unless companies take swift action, we risk losing hard-won gains in the number of women in leadership,” they write. “The ripple effects will spread across organizations: companies will lose women’s experience and expertise, and other women will lose their greatest champions.”

And an exciting announcement: Meghan, The Duchess of Sussex will join us at our Fortune MPW Next Gen Summit next week. This will be a new conversation on Tuesday following her appearance at the Fortune Most Powerful Women Summit last month. This time, The Duchess will talk about leading on the global stage (in conversation with me!). See our full agenda, featuring speakers from Peloton’s Ally Love to former Pinterest COO Françoise Brougher, and apply for an invitation here. This news is once again a Broadsheet exclusive, so keep an eye out for The Duchess’s full event description on the agenda shortly.

- Indra's call to action. We have another Fortune op-ed for you today. Former PepsiCo CEO Indra Nooyi writes about what the private sector must do to confront climate change: Fortune

- Terrifying plot. The federal government filed charges against six members of a militia group who plotted to kidnap Michigan Gov. Gretchen Whitmer. "I knew this job would be hard," Whitmer said after learning of the alleged plot. "But I never could have imagined anything like this." She also criticized President Trump for "stoking distrust"—and he responded with a tweetstorm Thursday night. Detroit Free Press

- Unicorn status. Everlywell, the health startup led by CEO Julia Cheek, is reportedly seeking a new round of funding that would value it at $1 billion, a threshold that would make it a unicorn. The startup, which sells an at-home COVID-19 test and is best known for its food-sensitivity tests, was last valued at $175 million when it raised $50 million in April 2019. Bloomberg

- Wilson to Hobson. During this year's reckoning over racial injustice, Princeton University stripped the name of President Woodrow Wilson from its school and buildings. Now, a new residential college will be named after Mellody Hobson, an alumna and the co-CEO of Ariel Investments (and No. 48 on Fortune's Most Powerful Women list). It will be the first residential college at the university to be named for a Black woman. Washington Post

- Maya for Mayor. Maya Wiley, a former attorney for New York Mayor Bill de Blasio and MSNBC analyst, yesterday entered the race to succeed her former boss. In her mayoral campaign announcement, Wiley said she aimed to fill a "crisis of confidence in our city’s leadership." New York Times

- Who will head the WTO? The contest for the new leader of the World Trade Organization is down to two finalists: Nigeria's former finance minister Ngozi Okonjo-Iweala and South Korean trade minister Yoo Myung-hee. Either would be the first woman to lead the WTO. BBC

- Workers' rights. Sweeping legislation in Indonesia allows companies to cut workers' pay and days off—and maternity and menstrual leave. The law sparked widespread protests, including among opponents who said it would hurt female workers the most. New York Times

"They say silence is violence, and I refuse to be complicit in my silence."

-Gabrielle Union on speaking out about injustice