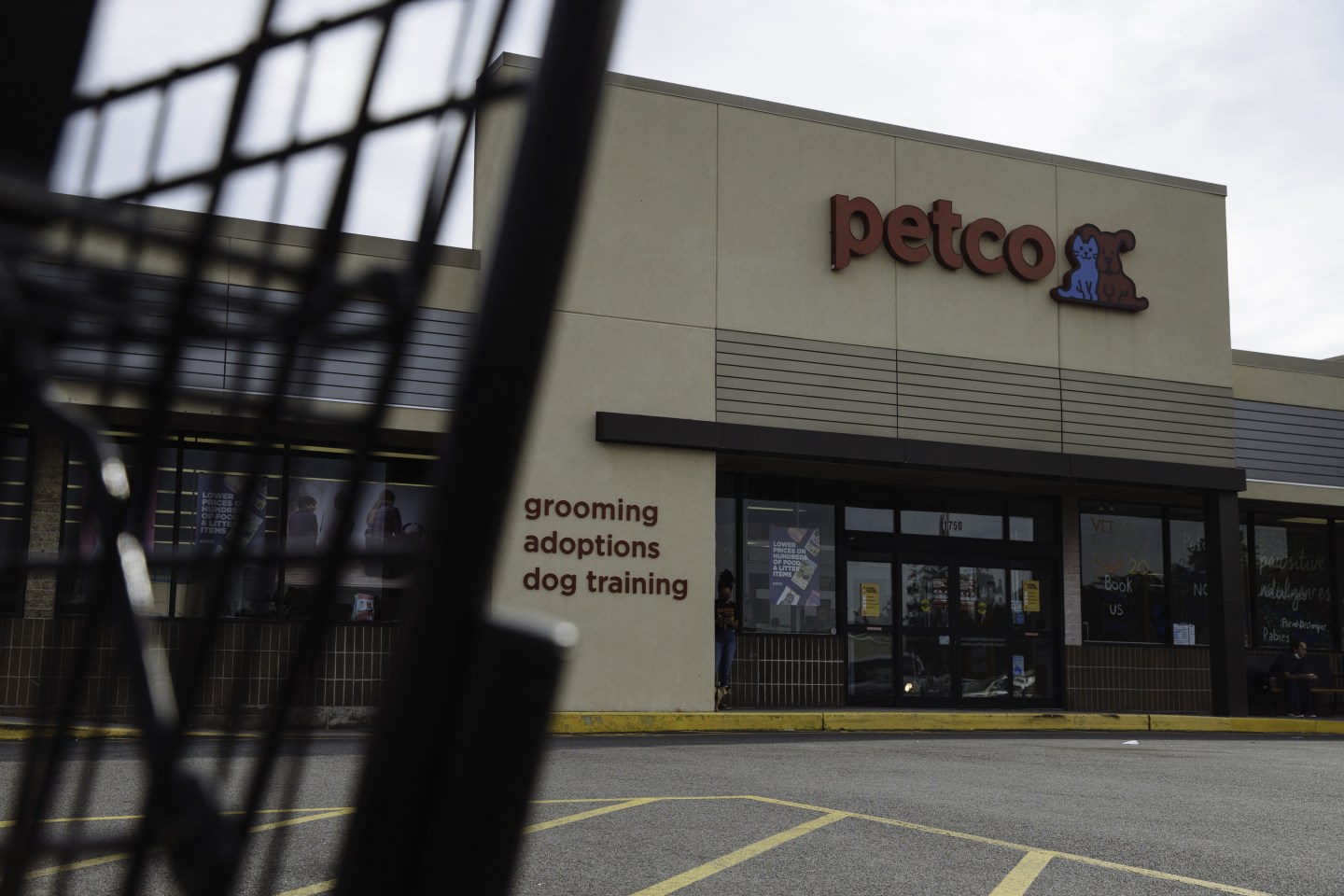 The COVID-19 pandemic that has led to a surge in pet adoptions and spending on our furry mascots has also made the pet care field so crowded that it’s even more difficult for retailers like Petco to stand out from the pack.

To that end, the big box pet products chain announced on Tuesday it was rebranding itself as “Petco, The Health + Wellness Co” from “Petco Animal Supplies,” doubling down on its years-long bet that a bigger healthcare push for pets would help it ward off online giant Chewy’s meteoric growth and keep traditional rivals like PetSmart and even Walmart at bay.

As part of its rebranding, Petco, which operates some 1,500 stores, or pet care centers as it prefers they be called, also said it would expand its full-service in-store veterinarian clinics, taking the number from 100 to 140 locations by January, with many more to come. And it just launched a $228 a year vet service membership program that offers perks like unlimited vet visits and nail trims for dogs.

Moreover, to bolster its image as a store focused on animal well-being, Petco said it would stop selling shock collars, a category that, at $10 million a year, generates a small sliver of its sales but creates controversy.

The pivot is tacit acknowledgment by the $4.5 billion-a-year company that much of its offering, such as leashes and kibble, has become commoditized. So its growth—as it reportedly considers an initial public offering—will come from new areas of business, above all vet services and healthier pet products.

“We’re transitioning from being a company that asks, ‘Can I help you put that big bag of dog food into your cart?’ into a full health and wellness company,” Petco CEO Ron Coughlin tells Fortune.

This rebranding is a logical extension of the moves Petco has been making for a few years to underscore its health cred. In 2019, Petco said it would stop selling food with artificial ingredients, a move that cost it $100 million in sales and one akin to the CVS decision in 2014 to stop selling cigarettes and change its name to CVS Health.

And as detailed in a Fortune feature in May, Petco has vastly expanded its fresh food offering to animals, which is more profitable at a time of declining prices for most standard pet food. Petco has ramped up its human-grade pet food offering as it looks to capitalize on pet owners’ growing propensity to spend on their pets as they would on a human in a trend industry insiders call the “humanization” of pets.

It’s easy to understand the allure of this focus on health, from premium food to services to medication. The American Pet Products Associations expects U.S. consumers to spend $30.2 billion on vet care and products this year, comparable to what they spend on food, but growing faster as a category. Case in point: Packaged Facts, a research firm, estimated in November (pre-pandemic) that spending on pet medication, which reached $9 billion in 2018, would increase by 33% by 2022. And Chewy, for one, has made moves on that market with its online pharmacy.

What’s more, Coughlin sees a “white space” in the market since neither Chewy nor Amazon have physical spaces to offer vet services. Meanwhile, archival PetSmart has hosted clinics under the Banfield Pet Hospital brand name in many of its stores for decades since 1994, and collects rent, but it has sold off much of its stake in that business to Mars in recent years. Yet at the same time, newer competitors see the opportunity in vet services too:  Walmart is opening vet clinics at 1,000 stores by 2023, while Tractor Supply operates some clinics too.

Growth push ahead of potential IPO

The push comes at a time when Petco, owned by CVC Capital Partners and a Canadian pension fund, is enjoying a renaissance after several difficult years: Petco has enjoyed seven straight quarters of comparable sales growth. But that recovery is fragile: Chewy reported sales rose 47% last quarter, and Coughlin won’t say whether Petco had continued to win market share after the pandemic started despite its own online surge.

What’s more, the pressure is on to grow, as the company’s private equity owners are reportedly mulling listing Petco on the stock market four years after buying it, according to a Bloomberg report last month. Petco declined to comment on the IPO speculation.

The vet clinic push is also of a piece with Petco’s efforts to reinvent its stores, many of which had started to look like glorified warehouses over the years. The company has embarked on a multi-year program to remodel many of its stores with touches like wood shelf panels and signage, a Treatery stand for baked goods for dogs, a dog wash station, and generally more room for services like grooming and, of course, vet services. Some 40% of the space in many remodeled Petcos is devoted to services, which generate more than 10% of sales and continues to grow quickly.

“No one else serves customers in this holistic way, from training to food, grooming and vet care,” says Coughlin. He likes to compare newer Petco stores to being a blend of Whole Foods and CVS, but for animals.

That, he is betting, will keep Petco in good stead well after the pandemic recedes. A Bank of America survey published last week found that 37% of Americans had adopted a pet since the pandemic started in March. (Some 68% of U.S. households have at least one pet.)

And with travel spending down and eating out more, the pet industry will likely continue to flourish for years.

“Where’s that money going? It’s going to taking better care of Fluffy,” says Coughlin. And his job is to make sure that care takes place at Petco.