Why Trump nominated Amy Coney Barrett to the Supreme Court 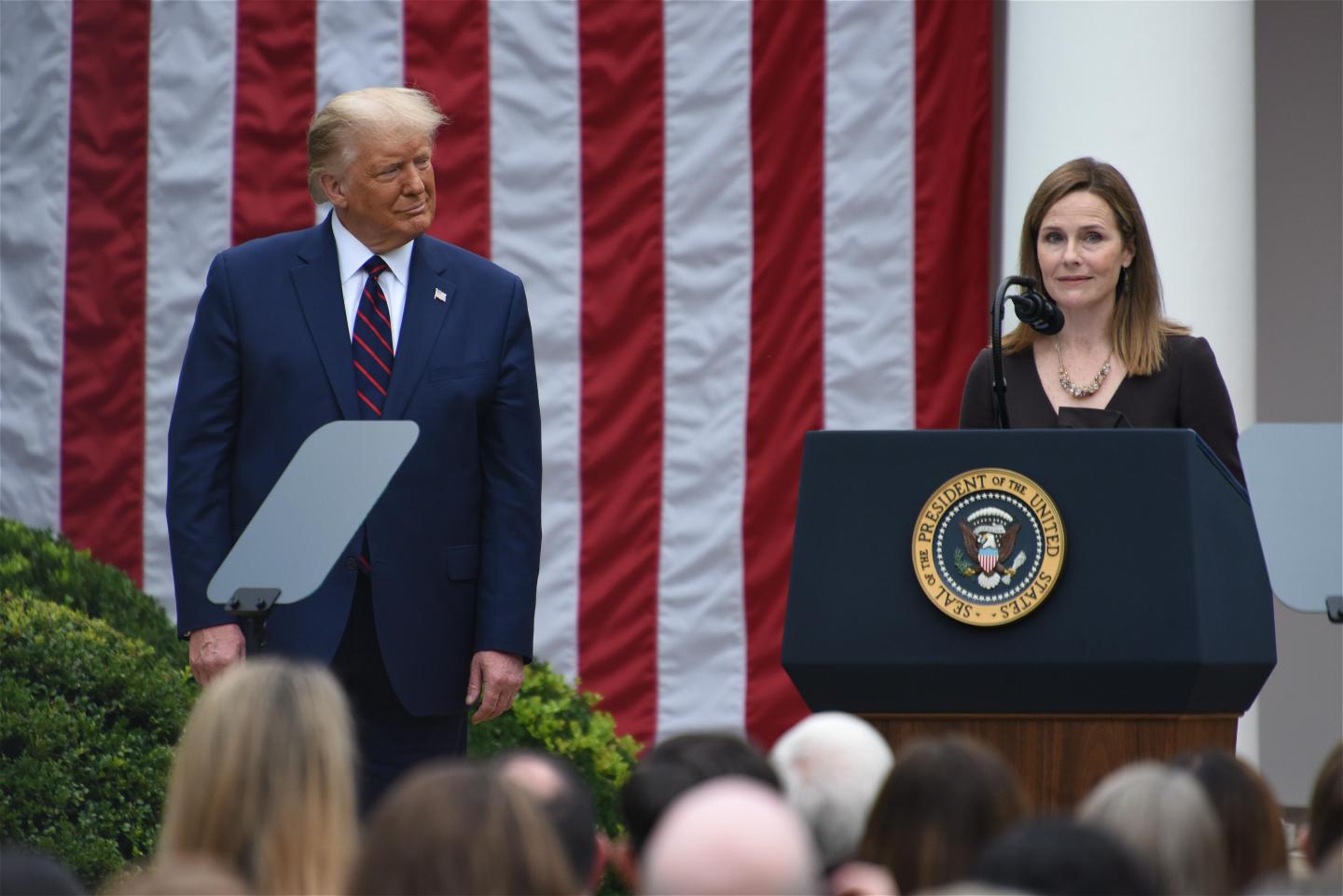 Good morning, Broadsheet readers! Dr. Jill Biden says her husband is ready for the first presidential debate, we get ready for the Fortune MPW Summit with a special opening guest, and President Trump nominates Amy Coney Barrett to the Supreme Court. Have a meaningful Monday.

– ACB. By now, you’ve surely heard that President Trump has made official his pick for the Supreme Court: Amy Coney Barrett, a judge who serves on the U.S. Court of Appeals for the 7th Circuit in Chicago.

The judge was seen as a frontrunner over the past week, giving those who support her—and those who oppose her—time to prepare for this moment. Now, Coney Barrett’s official nomination has started several lines of debate, from the argument that Trump shouldn’t fill the seat so close to an election, to concern over Coney Barrett’s short three years of experience on the bench and her conservative views, to GOP pushback that such criticism is either anti-Catholic or anti-working mothers.

The situation—so soon after the death of a Justice who was so important to so many—is a lot to take in. So, for a brief primer on a few cases that explain Coney Barrett’s views on abortion, sexual assault, and gun rights in further depth, you can read a story I wrote here. For more on her record, try this NYT explainer.

Debate over the nominee—who some Republicans have already tried to dub the “Notorious ACB“—will surely rage until the Senate makes its decision. In one example of that debate, the NYT‘s Ross Douthat argued in a controversial column that Coney Barrett—as a mother of seven serving on the nation’s highest court—could represent a new kind of “conservative feminism.” Feminists were quick to reply that Coney Barrett’s legal rulings and stated beliefs make clear that she is not aligned with the goals of the feminist movement as they know it.

In this op-ed, Planned Parenthood president Alexis McGill Johnson draws a different contrast between the feminist achievements of Justice Ruth Bader Ginsburg and how Coney Barrett could shape the court. The nominee, like most women today, “owes her career—as a woman in law school, a law professor able to teach while pregnant and a mother, and a judge on the federal bench—to Justice Ginsburg’s hard work.”

On a related note, the Fortune Most Powerful Women Summit will kick off on Tuesday, featuring three days of programming with the most fascinating executives across corporate America and beyond. We’ll close out the program on Thursday with a tribute to RBG, featuring panelists who knew the justice—including Anita Hill and NPR’s Nina Totenberg—reflecting on her legacy.

And, in a bit of exciting news (!), we’ll open the Summit main stage Tuesday at 1:15 p.m. ET with a special conversation with Meghan, The Duchess of Sussex. Fortune‘s Ellen McGirt will discuss with the Duchess the issue of humane tech and how we can build healthy communities online. (This announcement is a Broadsheet exclusive—we haven’t even updated the agenda yet!) The Summit won’t be available to live stream for those who aren’t attending, but we will bring you coverage in the Broadsheet throughout the week.

- Trump taxes. In a blockbuster report on President Trump's taxes, the NYT finds that the Trump Organization paid Ivanka Trump "consulting fees" while she was also an employee of the business. Those fees helped reduce the Trumps' tax bill. "Over the past decade, President Trump has paid tens of millions of dollars in personal taxes to the federal government," Trump Org lawyer Alan Garten said in a statement. New York Times

- Up for debate. In a CNN interview yesterday, Dr. Jill Biden said that her husband, Joe Biden, is "ready" to face President Trump in the first presidential debate of the general election this week. And to a question about the former vice president's tendency to make "the occasional gaffe," Biden said: "You can’t even go there. After Donald Trump you cannot even say the word gaffe." CNN

- Settle for more. Google parent company Alphabet settled a shareholder lawsuit accusing the company of mishandling sexual misconduct allegations against its executives. As part of the deal, Alphabet will commit $310 million to diversity, equity, and inclusion initiatives—and prevent execs from receiving severance while they are under internal investigation. Fortune

- Second time's the charm. Poshmark, the clothing resale platform cofounded by Tracy Sun, has filed for an initial public offering after delaying an IPO in 2019. Share price for the company, whose board of directors includes Serena Williams, has not yet been set. Bloomberg

MOVERS AND SHAKERS: Getaround CFO Laura Onopchenko joins the board of directors at fuboTV.

- Big mistake, huge. Activist Erin Brokovich spoke to Fortune's Nicole Goodkind about her new book Superman's Not Coming: Our National Water Crisis and What We the People Can Do About It, the water safety crisis in Flint, Michigan, and why she thinks the federal government fails to solve these problems. Fortune

- Tech support. Sophie Schmidt is the founder of Rest of World, a journalism startup that intends to cover technology in countries that don't get much tech news coverage. She's also the 33-year-old daughter of former Google CEO Eric Schmidt. Schmidt calls this approach to global technology her "life's project." Wall Street Journal

- Safe skies. The National In-Flight Sexual Misconduct Task Force, created by 2018 law, was scheduled to discuss the findings of its report on sexual harassment and assault on airlines last week with Transportation Secretary Elaine Chao. Flights attendants and others involved in this movement reflect on the need for action: Marie Claire

The hell that is remote learning, explained in a comic Vox

Magic Leap tried to create an alternate reality. Its founder was already in one Fortune

"This is a moment where employers need to double down on paying attention."