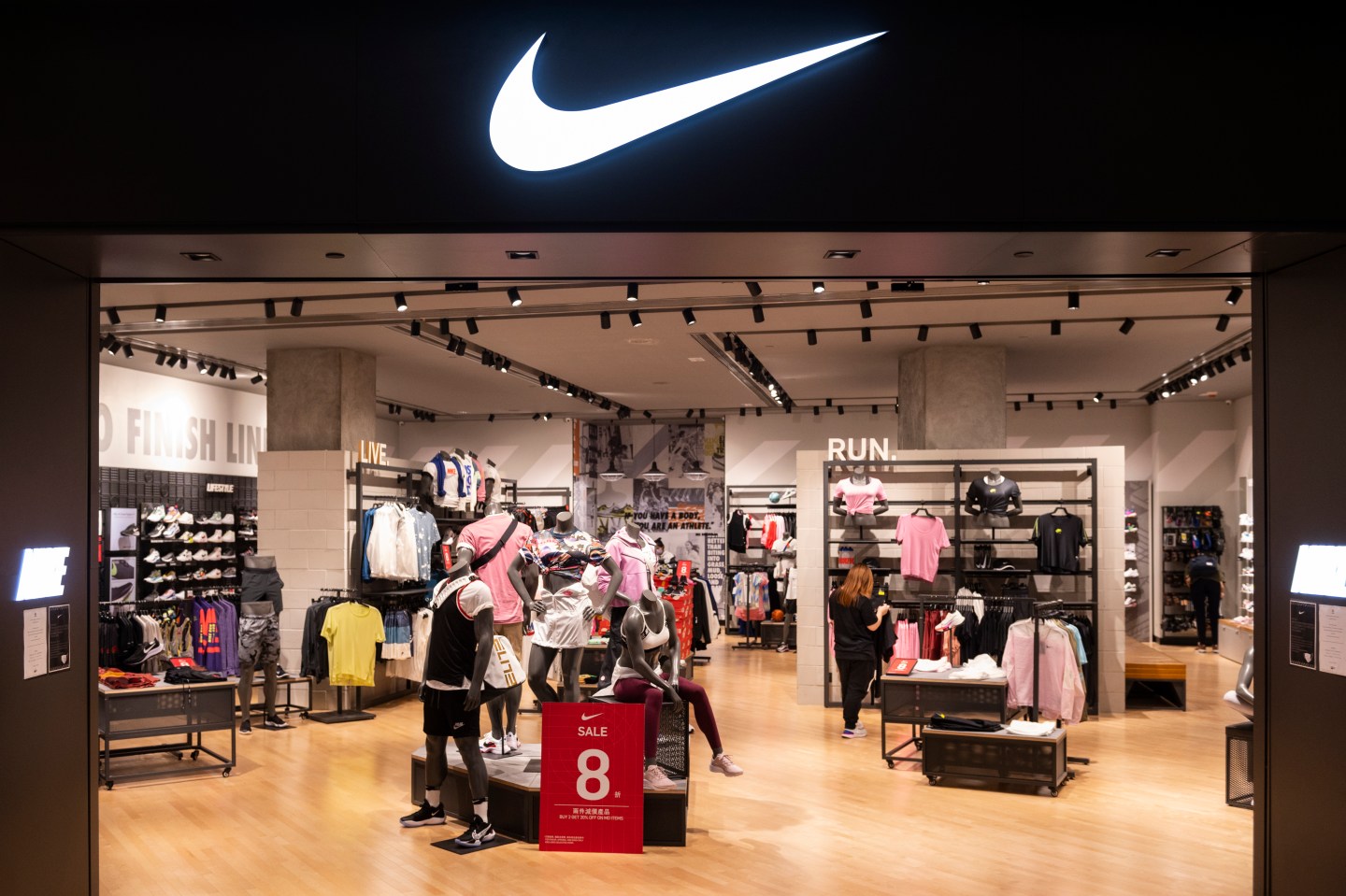 Nike shares surged on Wednesday morning after the athletic gear company’s latest quarterly results made clear one thing: its e-commerce surge might have been helped by the COVID-19 outbreak, but it will be durable.

The company gave Wall Street a pleasant surprised late Tuesday when it said revenue in the first fiscal quarter, which ended August 31, was essentially flat despite many stores being closed early in the period, coming in at $10.6 billion. That was $1.5 billion more than investors expected, sending Nike shares up 10% on Wednesday.

That increase was fueled by an 83% jump in online sales, adding $900 million to the company’s top line. That means that e-commerce is now 30% of Nike’s sales, a mark it had previously expected to hit only in 2023.

To be sure, Nike’s digital surge got a big assist from the COVID-19 outbreak, which has pushed a big chunk of shopping online amid large-scale store closures. But Nike has helped itself by maintaining a steady stream of new products despite COVID-19-related supply chain upheaval, developing apps that go well beyond shopping to include things like athletic training, and building up its own stores as it shifts away from wholesalers like department stores.

“We can navigate, in fact we can thrive, in this environment thanks to our digital advantage and the full breadth of our global portfolio,” John Donohoe, a Silicon Valley veteran who became Nike CEO in January, told investors on a conference call. “The accelerated consumer shift toward digital is here to stay,” he added.

Of course, e-commerce can only thrive if people want a company’s products. In its last quarter, Nike introduced a new training shoe, the Air Zoom Tempo NEXT, focused on endurance and pace, to complement the earlier ZoomX Vaporfly NEXT model that was used by the professional athlete, Eliud Kipchoge, who broke the two-hour marathon barrier last year. That controversial shoe, which critics said gave runners an unfair advantage, generated a lot of headlines for Nike and bolstered its reputation for innovation.

Nike also launched a line of maternity clothing for runners, something Donahoe says is part of the company’s work to keep taking market share away from rivals in women’s athletic wear. And in a shot across Lululemon Athletica’s bow, Nike launched a new line of yoga wear. The company also benefited from its recently revamped Air Max 90 shoe.

While most brands have simply made their apps and e-commerce sites shopping tools, Nike has long understood that digital tools must do more than just support sales and have to insinuate themselves into customers’ lifestyles to really pay off. Otherwise, e-commerce growth often just means business going from one avenue to another, rather than growing the overall pie.

A few years ago, the sneaker maker launched its online NikePlus program, a membership program with tens of millions of members that has helped the company better understand each customer’s interests and shopping patterns, and ultimately sell them more of its products.

Nike is also benefiting wildly from tools like its Nike Training Club App and a running app that offers self-guided runs. Donahoe said more than half of the training club app members had done a workout using the app last quarter. That fosters loyalty with customers and keeps Nike top of mind—as well as filtering users to its commerce site.

“It’s the deeply connected authentic brands with scale that will win,” he said.

The staggering quarterly results also validated Nike’s long term strategy to reduce its reliance on wholesale customers like Macy’s and Kohl’s, and beef up its own e-commerce and stores business. That has meant equipping many stores to help fill online orders, something it stared before the pandemic: some 20% of revenue at such stores in the first quarter came from filling e-commerce orders, helping the company speed up delivery times and mitigate inventory build-up.

And lest anything think Nike is pulling back from physical retail even as its digital business explodes, the company said it’s full steam ahead with the new stores it was already planning to open, including two New York stores in the next two weeks, the CEO said.

Nike has bucked many of the trends that have rocked retail and consumer brands by anticipating where shoppers were heading—a trend it hopes to continue.

“We are accelerating what probably would have happened in the retail environment on a naturally in the next four years to five years,” said Donahoe.