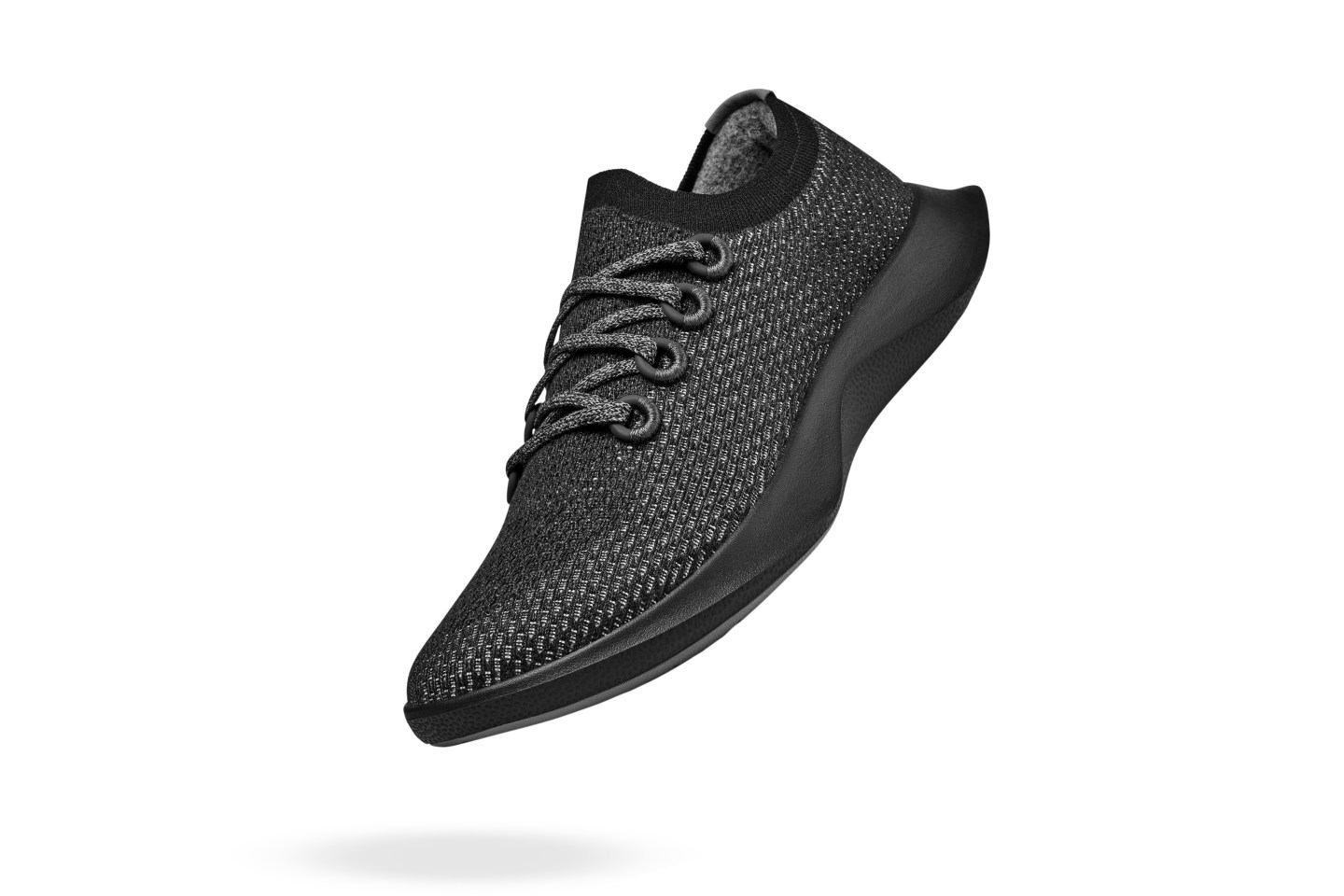 They came in search of nematodes, tiny worms that cycle nutrients through soil. They dug their hands into thatches of reedy grass on a sunny hillside on the South Island of New Zealand, turning over the earth, peering at what lived below. To an outsider, it looked like dirt: brown, crumbly, messy earth. To four employees of Allbirds, the six-year-old San Francisco footwear startup famous for its fuzzy woolen sneaker, it looked like an opportunity: life-affirming, environmentally pleasing proof that the materials that go into Allbirds shoes don’t hurt the planet in the process.

More than 6,000 pink-nosed merino sheep roam the 2,500 rolling acres that constitute Glenaan Station, a century-old farm two hours north of Christchurch. Through the normal course of being sheep, these animals spew methane into the atmosphere, trapping heat. Yet thanks to those small worms, the soil on this antipodean ranch sucks up carbon dioxide while growing grass to feed the sheep that produce the wool that adorn the feet of hipsters a world away.

This means everything to Allbirds, whose very identity is wrapped up in the eco-friendly compact it makes with its consumers. “Farmers get a bad rap for contributing carbon and other greenhouse gases to the atmosphere,” says Hana Kajimura, the sneaker company’s head of sustainability, who was visiting to check one of Allbirds’ sources of wool. “But this farm is doing so much to draw down carbon at the same time,” she adds. “We want to make sure that we’re looking at the whole picture. Not just what’s being emitted but also what’s being stored.”

FIELD OF DREAMS The comfy wool for Allbirds’ sneaker-slippers comes from merino sheep, like these beasts on the South Island of New Zealand.
Courtesy of Allbirds

From its start, Allbirds tapped into the then-emerging trend of environmental sustainability as a commercial and marketing attribute. Instead of planet-killing plastic, it made shoes with natural materials. Climate crusader Leonardo DiCaprio liked his Allbirds so much he invested in the company, which has raised more than $77 million to date. (Institutional investors include heavyweight funds T. Rowe Price, Fidelity, and Tiger Global, and the company, which is privately held, is actively raising more money.) The signature Allbirds hybrid slipper-shoe, an out-of-nowhere addition to the “athleisure” fashion movement, quickly caught on with casually clad professionals, particularly in Silicon Valley.

With 21 retail stores and 2019 sales estimated at $200 million, Allbirds is a full-fledged member of the purpose-driven corporate set. It has spawned a legion of copycat shoes, and rather than litigating, Allbirds makes life easy for imitators. Last year cofounder Joseph Zwillinger wrote an open letter urging rivals to “please steal our approach to sustainability” and offered to send the recipe for Allbirds’ plant-based soles to anyone who asked. As of January, 20 brands intended to release products made according to the Allbirds not-secret sauce, the company says.

Indeed, kindness to the planet is one of Allbirds’ biggest selling points. In April it slapped a carbon footprint label on everything it sells. It claims to use 7.1 kilograms of carbon to manufacture a wool sneaker, compared with an industry average of 12.5 kilograms. Around the same time, Allbirds jumped into the field for “performance” running shoes with the Dasher. It is made from merino wool and other materials that could double as the recipe for some kind of health tonic: eucalyptus, sugarcane, and castor bean oil.

It’s a tall order to go up against Nike and other athletic-apparel incumbents, especially with a nearly all-natural shoe. Allbirds figures that sticking with its best advantage—its good-for-the-planet sheen—represents its best chance of not getting left in the mud.

Regenerative agriculture dates back at least to biblical times, when the ancients practiced rudimentary crop rotation by letting their fields lie fallow in order to keep the soil rich with nutrients. The term, however, has more recent roots in media and marketing: Magazine publisher Bob Rodale talked in 1989 about the virtues of “regeneration” as opposed to mere sustainability.

As climate change concerns have surged, regenerative agriculture has been touted as a way to sequester carbon from the atmosphere. “Soil is a huge carbon sink,” says John Brakenridge, CEO of New Zealand Merino, the agency that sources wool for Allbirds. This means that soil absorbs carbon, mitigating its impact. “Done right, this can be a big part of the solution to what we’re facing in global warming.”

One morning in March, I meet Brakenridge and the Allbirds team in downtown Christchurch, before heading up north. In between farm visits, Allbirds has spent the past week participating in a conference with other clothing brands, such as North Face and the activewear label Icebreaker, about regenerative agriculture. Collaboration is the order of the day. Says Jad Finck, Allbirds’ vice president of innovation and sustainability: “Nothing’s going to happen if we’re all siloed.” On a whiteboard, someone has written prompts (“How might we reward growers?” “How might we start a movement?”) and maxims (“The market can act faster than policy”). A poster titled “Carbon & Environmental Claims: How to Tell the Story” includes a cartoon of a buzzing smartphone and various words in speech bubbles: “social responsibility,” “wellness,” “traceability,” “ethical.” There’s a merino wool surfboard in the lobby, a merino wool bed in a mock bedroom, and a merino wool yoga mat on the merino wool carpeted floor.

This combination of earnest environmentalism and aggressive marketing is as much the Allbirds recipe as the makeup of its shoes. “You’ve seen the world coalesce around a global problem,” says Tim Brown, the other Allbirds founder, when we speak over Zoom later in the year. “It’s a problem that doesn’t know borders. It’s not too hard to draw a bow to the next crisis looming around the climate and the environment.”

But do people care enough about the environment to buy running shoes made of wool rather than a standard pair of Nikes? Or to spend $95 on a pair of classic Allbirds when Amazon sells a nearly identical-looking version for $29.99? In fact, a certain segment of people do. “Millennials tell us that they are very concerned about how products are made, where they’re made, whether they’re made ethically, and that they’re willing to pay more money for those that are,” says Matt Powell, a senior sports industry adviser at NPD Group, a market research firm. “Pre-COVID-19, the consumer wanted to align with brands that expressed their values. And I think that’s even more true now.”

The pandemic and subsequent stay-at-home orders did force Allbirds to adapt. It closed its headquarters and most of its retail stores. “We’ve always had a profitable business, but we amassed a rainy-day fund,” says Zwillinger. Nearly all the stores have since reopened; the company managed to avoid laying off any of its 450 employees; and Allbirds even returned a Paycheck Protection Program loan it had received. “Frankly, we were very eligible for it,” says Zwillinger, but notes the company nevertheless felt a moral obligation to free up funds for businesses less flush with venture money than Allbirds.

None of which is to say Allbirds is above capitalizing on a perilous moment in the marketplace. It is now focused on its running shoe, the Dasher. Skeptics doubt the company can successfully muscle into a market dominated by the likes of Nike and established specialty brands including Asics, New Balance, and Brooks. “I don’t know why anybody would get into the running shoe space in 2020,” says Jeff Dengate, senior test editor of Runner’s World magazine. “It’s a very competitive market.”

Then again, so was the everyday sneaker market before Allbirds came around. The company says the Dasher’s launch produced its third-best single-day sales ever, with the two better days having come in the holiday season. “It feels weird to say you’re lucky in a time like this,” says Zwillinger, a former biotech engineer who hosted a dinner for Brown, a former professional soccer player, and then became his cofounder. “But we kind of got lucky: Running’s not canceled.” Allbirds started by selling strictly online, but now about half its stores are outside the U.S., including in Chengdu, Amsterdam, Berlin, and Tokyo. Says Brown, “It felt like the world needed this particular product, more than ever, in this moment.”

Back at Glenaan Station in New Zealand, Allbirds’ place in the market relative to more well known brands takes a back seat to the fact that its patronage allows the shepherd who supplies its wool to make impressive capital improvements to his farm. Paul Ensor, a fourth-generation rancher, recently spent more than $100,000 to fence off from grazing cattle a “wee stream” of the glacial river that runs along his acreage. I ask how the stream benefits his wool production. Ensor blinks at me, confused. “It just runs out to sea,” he says. “For the ecosystem. We look at it as an asset for biodiversity, for water health.”

But even in these fairy-tale rolling hills, there are realists. Not far from Glenaan Station is Castle Hill Station, a farm owned by Jos and Catherine Van de Klundert, who emigrated from the Netherlands to New Zealand in 1984. (“More space,” explains Catherine.) The wool from their 3,000 merino sheep also gets spun into Allbirds, though Catherine’s never put on a pair herself. “Are they comfortable?” she asks. “I could have ordered them online, but I’m from a generation that doesn’t really like to do that.”

“The thing about merino,” Jos says, looking out over the couple’s 8,000 acres, “is that it’s more or less marketing. There’s a certain part of the public that can afford it, and those sort of people want to know where the product is coming from. The story behind the wool has nearly the same value as the product itself.”

For Allbirds to win in the marketplace, it will need consumers to take that story and run with it.

A version of this article appears in the October 2020 issue of Fortune with the headline “A shoe with no footprint.”