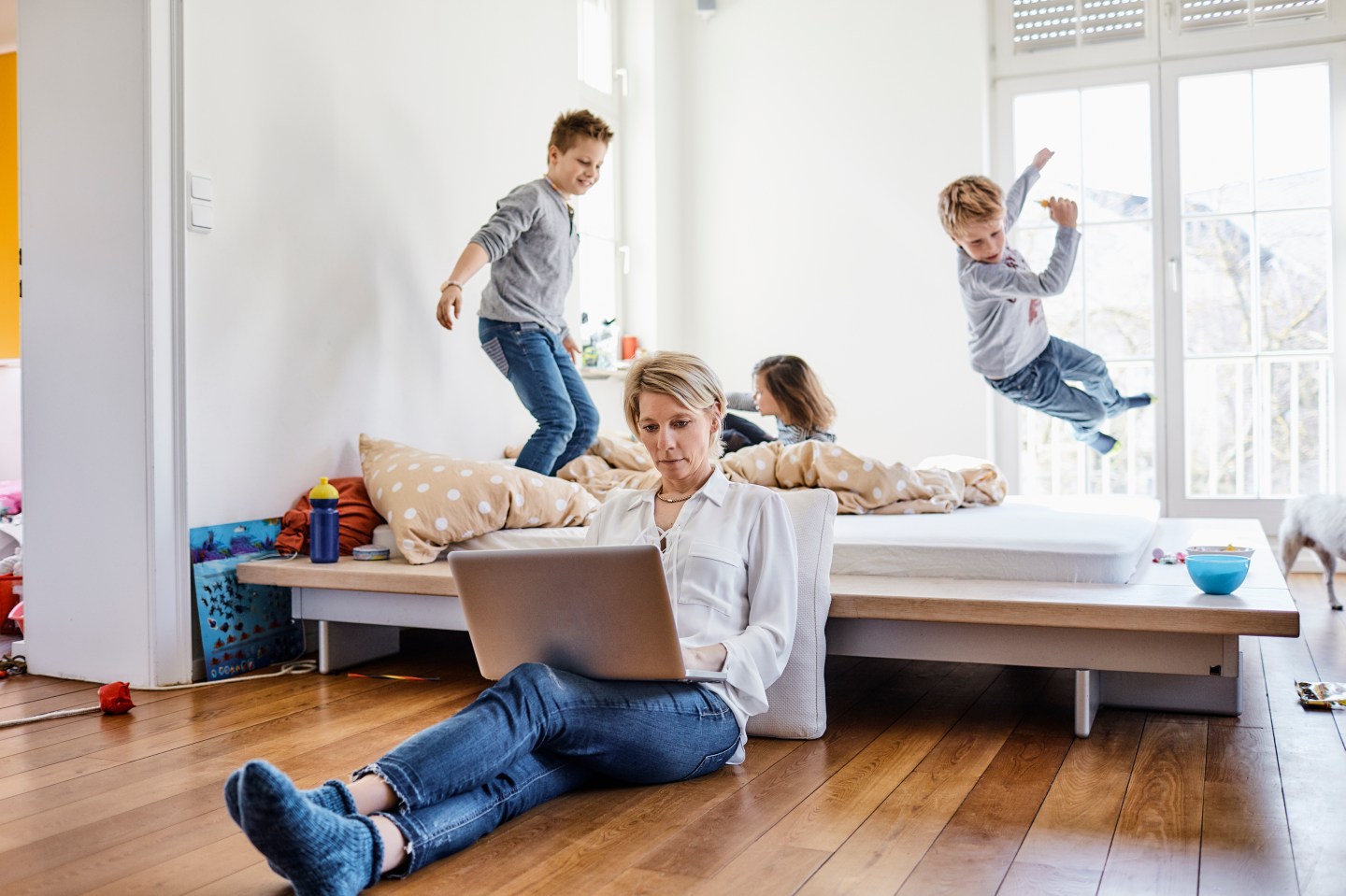 Good morning, Broadsheet readers! USPS delays threaten birth control access, Naomi Osaka returns to the court, and working moms are falling behind in raises and promotions. Have a wonderful weekend.

– The wisdom to know the difference. The Broadsheet has spent the last six months or so (yep, half a year already!) covering the many ways in which our current remote work reality is poised to damage women’s careers.

Now, a new survey from theBoardlist and Qualtrics suggests that that damage is starting to manifest. More that a third of dads with children at home who responded to the survey said they’ve received a promotion while working remotely, and 26% reported having gotten a pay raise. Among moms, just 9% reported being promoted while WFH, and 13% said they’d landed a pay bump.

Managers: you can do something about this. If you’re responsible for doling out promotions or raises, why not track the gender breakdown of who’s getting what? And if women are falling behind, take the time to find out why. TheBoardlist CEO Shannon Gordon tells Working Mother that employers often jump to the conclusion that moms are “less dedicated” to their jobs—despite the endless research that shows that childcare duties and other WFH disruptions tend to fall disproportionately to women.

There’s so much about this pandemic—and the way its reshaping our world, for better or worse—that’s out of our control. Let’s not let the things we can change slip by us.

- That's a wrap. In the final night of the RNC, Ivanka Trump introduced her father as he accepted the Republican nomination for president. The New York Times reflects on Ivanka's role in the last election—and how it's changed—asking, "Is Ivanka Trump going to change anyone's mind?" New York Times

- Mail order. One victim of U.S. Postal Service delays? Women who rely on getting their birth control via mail. Some oral contraceptive providers report that their customers aren't receiving their medication on time. Fortune

- Back on the court. Naomi Osaka joined athletes nationwide who are striking in protest of police brutality and the shooting of Jacob Blake by withdrawing from her scheduled match on Thursday. Now the tennis star says she will play the match today. The Women's Tennis Association and U.S. Tennis Association agreed to postpone all Western & Southern Open competition along with Osaka's, a decision she hopes will bring "more attention to the movement." Guardian

- Black Beauty. In Elle this month, a new series: "The State of Black Beauty." The project kicks off with Tracee Ellis Ross in conversation with Kerry Washington about her new haircare line Pattern Beauty and with 20 women reflecting on their own Black hair stories. Elle

- Changemakers. For Harper's Bazaar, director Ava DuVernay selects eight "change-makers who are reshaping the way we think about art, identity, and progress." Learn about Black Lives Matter activist and professor Melina Abdullah, entertainment lawyer Nina Shaw, documentarian and co-director of And She Could Be Next Grace Lee, and more: Harper's Bazaar

"Giving people opportunities is a wonderful thing. Not failing them is the bigger thing—not letting them fail themselves.”

-Ceyenne Doroshow, founder and executive director of Gays and Lesbians Living in a Transgender Society