Can a seltzer-making company build a better device to help COVID patients breathe? SodaStream thinks so 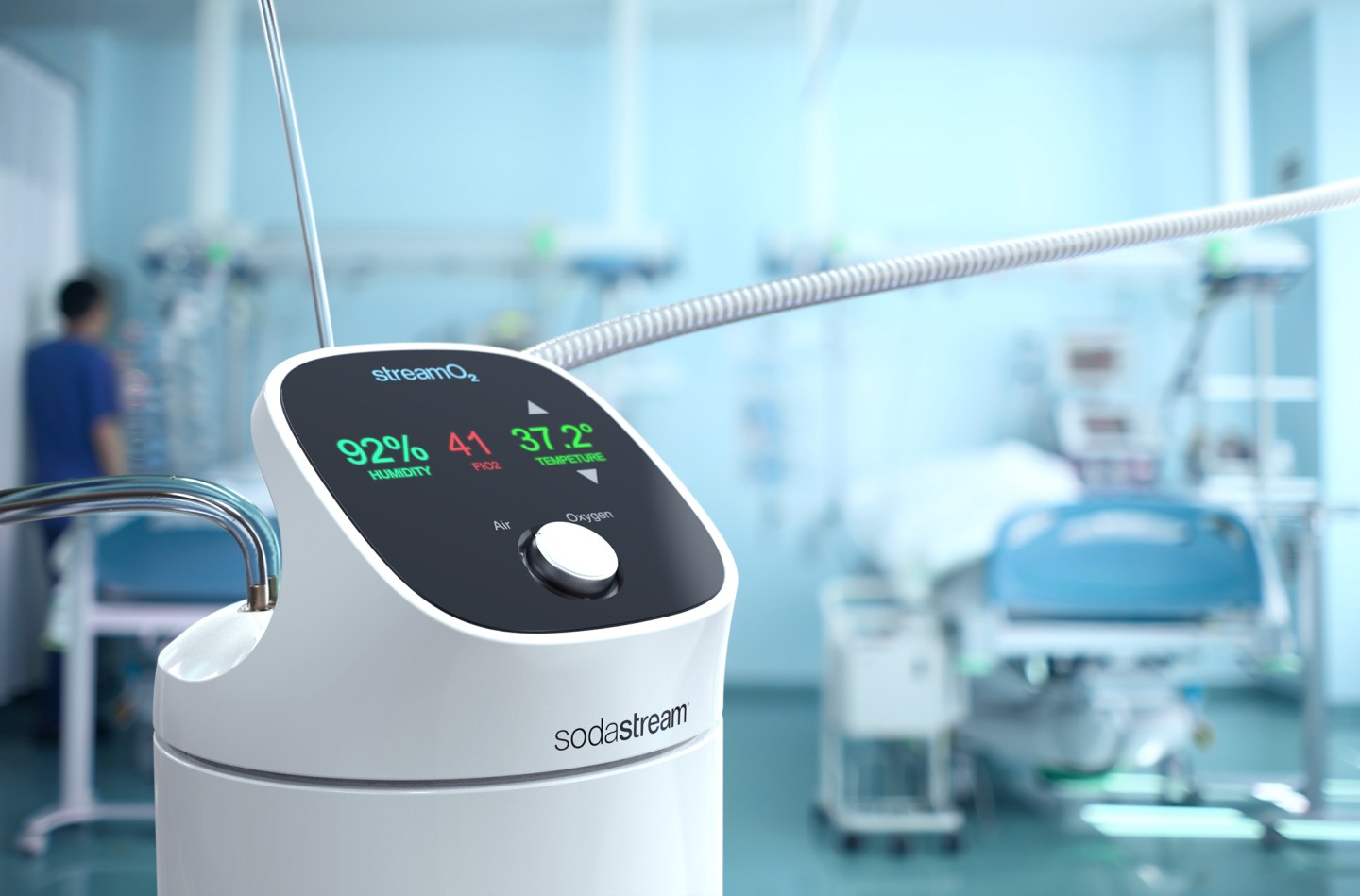 A collaboration between SodaStream and an Israeli hospital has led to a clinical trial for a respiratory device to treat COVID-19.
Courtesy of PepsiCo

Akiva Nachshon, a senior physician in the intensive care unit at Hadassah Ein Kerem Hospital in Israel, made a call to SodaStream on a whim.

The doctor, who is on the front lines of the nation’s battle against COVID-19—which has surged after Israel reopened schools—was lamenting to a friend about the current state of respiratory devices used to treat patients amid the pandemic. Ventilators, the default technology used by hospitals, are not only in short supply but they’re also expensive and invasive, often leading to longer recovery times and damaging side effects.

Nachshon’s friend suggested he reach out to SodaStream, the Israel-based PepsiCo business behind the countertop carbonated water machines, thinking there might be something to the company’s technology that could be helpful.

Nachshon called and left a note with SodaStream’s customer service, which made its way to Avi Cohen, the company’s head of research and development. The two met that same day, and within an hour Cohen realized the very physical principles behind the sparkling water maker could meet Nachshon’s needs.

Less than three months later, a device called StreamO2—a collaboration between SodaStream and Nachshon’s hospital—is in the midst of a 40-person clinical trial after being approved by the Israeli Ministry of Health.

The StreamO2 works by pushing a mixture of oxygen and air through a patient’s nose at a high flow rate. The device controls not only the flow of that mixture but also its temperature and its humidity, which is kept at more than 80%. This combination of flow, temperature, and humidity is critical to the quality of the respiration, according to a press release about the new device issued Wednesday.

The StreamO2 is designed to treat COVID-19 patients with mild to moderate conditions, who are in respiratory distress but are still breathing spontaneously. Unlike a mechanical ventilator, the StreamO2 does not require intubating patients, and it allows those machines to be freed up for the most critical cases.

PepsiCo acquired SodaStream in 2018 as part of its broader push to add healthier and more environmentally friendly products to its portfolio.

“Upon successfully passing clinical trials,” Cohen said in an email, “StreamO2 can potentially be next to every hospital bed.”