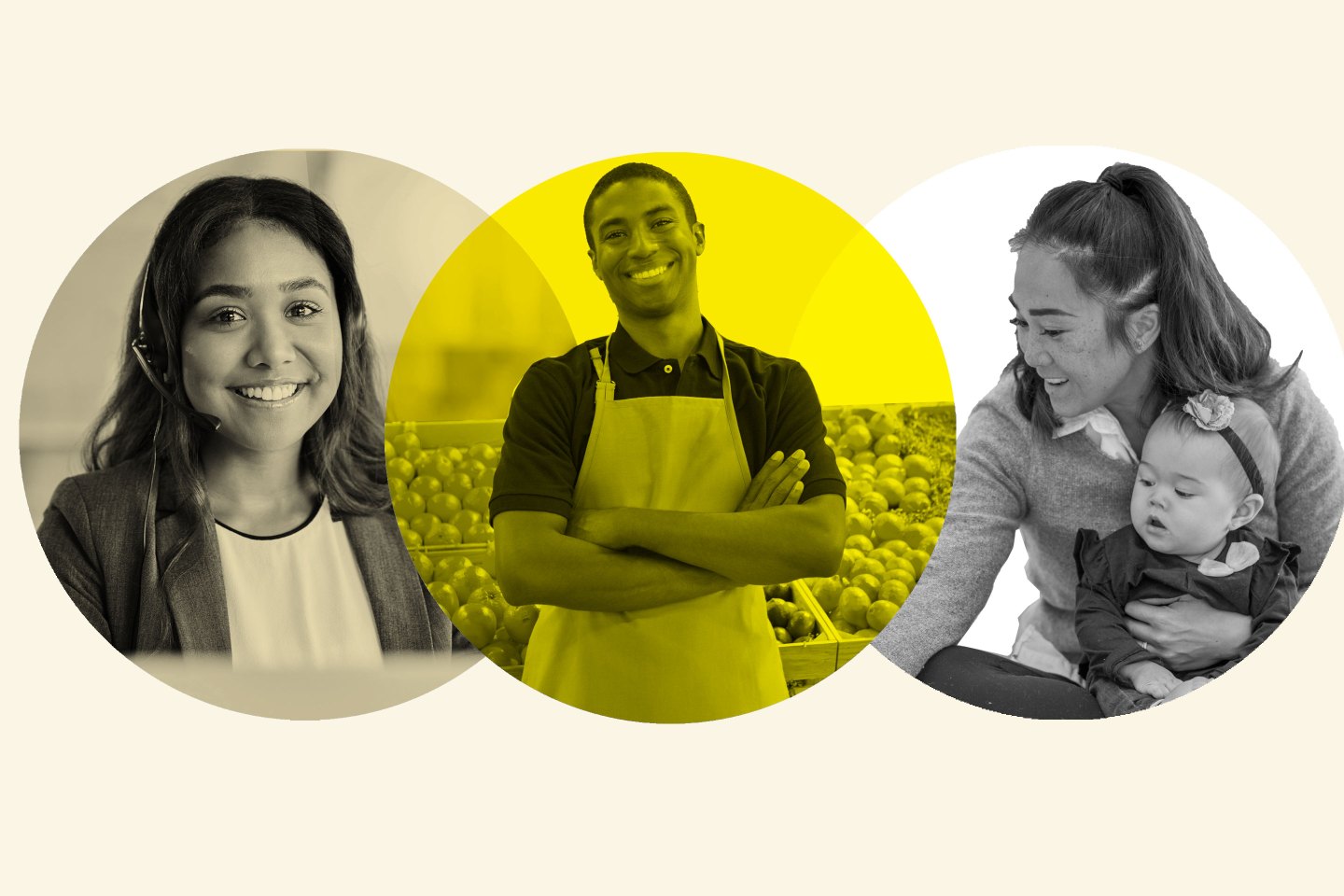 The end of June brought with it seemingly good news: 4.8 million jobs were added to the economy—the largest one-month increase in U.S. history. People returning to work is a good thing, but any victory lap based on these jobs numbers is not only premature, it is misguided as well.

Our goal should not be a strong recovery. It should be a redesign, so we can have an economy that works for the millions of workers who had been left behind even before the pandemic. To start, we need to correct two fallacies in our labor market that are hidden by jobs and unemployment numbers: that wage equals value and that more jobs equal more opportunity.

The first fallacy is founded on the philosophy that wages are set by supply and demand. The assumption is that low-wage jobs are the ones that the widest pool of people can do, thus they must be low-skilled. But the formula is backward: Workers are often labeled “low-skill” because they are compensated with a low wage.

We can see this when we compare two jobs: a customer service representative and a human resources specialist. Both require critical thinking, persuasion, and active listening, often under stressful situations. Despite their skill similarities, the customer service representative in Washington, D.C., earns approximately $16 an hour while an HR specialist makes $28 an hour in the same metro area. This overlap between low- and higher-paid jobs is common. In fact, our recent research on the 71 million workers without college degrees (a population we call STARs, for skilled through alternative routes) found that all of them have skills that could translate to higher-wage work.

The misconception that wage equals value is further exposed when you consider the importance of low-wage jobs. Low-paid farm and factory workers ensure that the rest of us get essential supplies every day, even during a pandemic. Childcare workers—who are critically needed to support working parents—earn $10 per hour on average. And if you think taking care of kids is low-skill work, talk to a parent trying to homeschool their child.

Meanwhile, some of our most valuable work is done as an act of love or charity for no pay. A recent study estimated that if women in America were paid minimum wage for the unpaid work they do, they would have made $1.5 trillion more last year.

From grocery store workers and home health aides to parents and community volunteers, salaries rarely reflect necessity or social good, and conflating them with value denigrates essential work and the workers who do it.

Wages must reflect the value that workers add to our economy and the values we hold as a society.

Caught up in this idea that low-wage workers earn the salary they deserve is the view that people would find jobs that pay more if they were capable. This brings up the second fallacy: that more jobs equal more opportunity.

Pre-COVID, we had the longest economic expansion in U.S. history. Yet, in that period, we saw real wages decline for millions of workers. The Black unemployment rate was the lowest ever, but median wealth for Black families has remained largely the same for two decades. Police violence is only one face of systemic racism, and there is no video to expose the injustice of lost opportunity.

In 2019, 53 million Americans earned a median wage of just $18,000 annually. Many were also in “go-nowhere” jobs. And the majority of workers in the bottom 20% lacked the most basic safety nets: health insurance, retirement, paid sick leave, or other benefits. Almost everyone had jobs, but few had prosperity. Today, millions of workers face an economic downturn without any savings or wealth from when the going was supposedly good.

Moreover, opportunity pre-COVID was exclusive. Between 2008 and 2017, three out of four jobs created required college degrees to apply, but 60% of workers don’t have them. Put another way, nearly two-thirds of the workforce had access to fewer than one-third of the new jobs created. We have antidiscrimination employment laws, but hiring based on degree requirements and privileged networks are legal, accepted, and often preferred practices. Ability doesn’t count for much if you’re screened out before you can demonstrate it.

If we follow the path of the last recovery, opportunity will also be concentrated. While all parts of the country lost jobs in the 2007–09 Great Recession, the gains disproportionately went to 25 megacities. Many zip codes lost jobs that never came back.

A look at the past and the insecurity we see now suggests we should aim for a redesign that goes deeper than headline numbers—one that rewards workers for their contribution to society. We need to focus on economic mobility, not just growth. We need to create good jobs, not just more. We need these jobs everywhere, not in a few hotspots. And we need to create broad access to opportunity so that going to college or having connections are not the only pathways to a meaningful career.

We cannot let good jobs numbers blind us to the reality that we have a labor market that does not work for a majority of workers and especially for people of color. Now is the time to leave behind a broken and biased past, and to build something new: an economy that values workers and a nation that lives up to our values.

Karan Chopra is cofounder of Opportunity@Work and a former New Voices Fellow at the Aspen Institute.