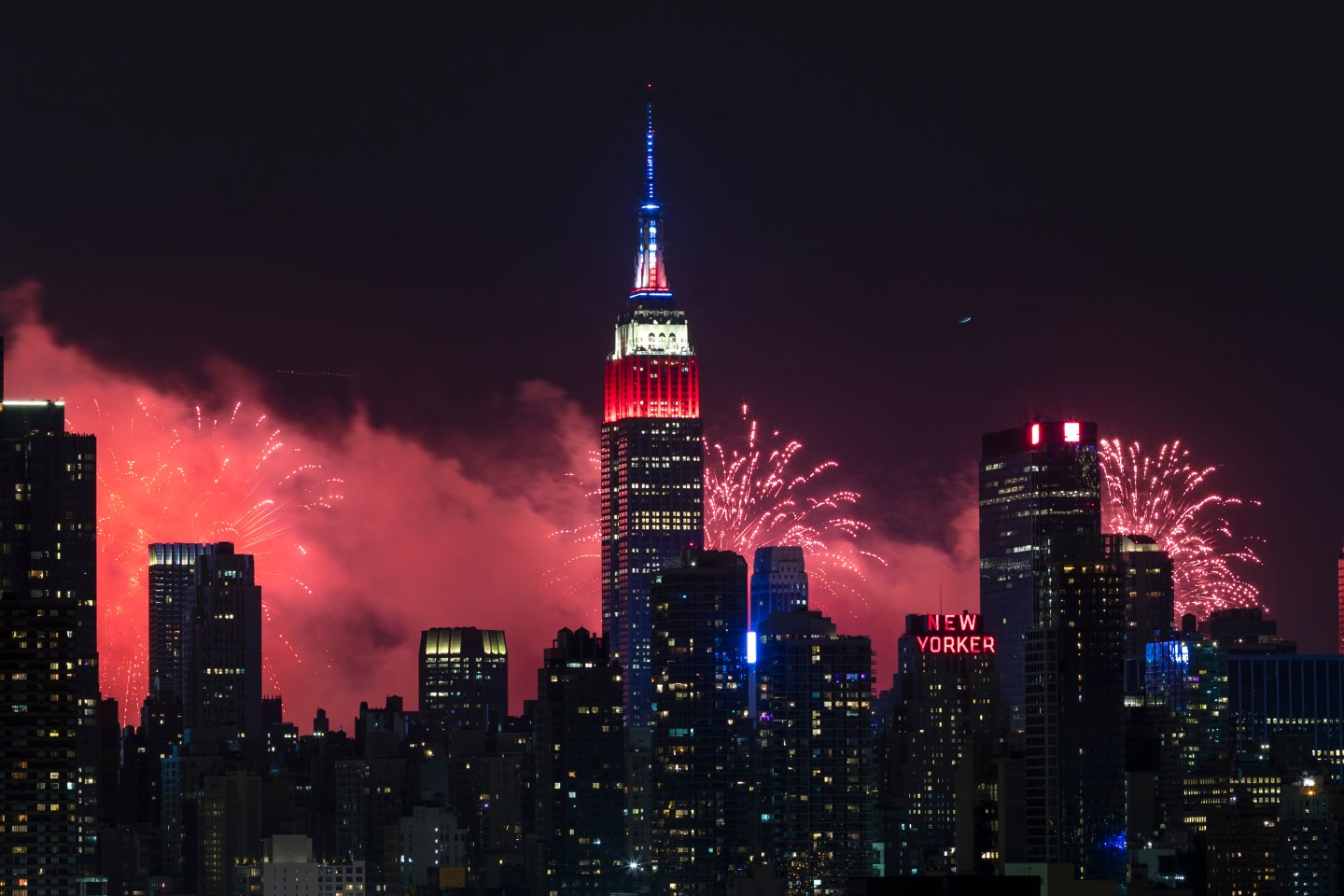 A view of the Manhattan skyline on July 4, 2018, during the Macy’s fireworks show. Xinhua/LI MUZI via Getty Images
LI MUZI—Xinhua/Getty Images

Macy’s annual Fourth of July fireworks show is a go after all this year, but the extravaganza will look very different because of the COVID-19 pandemic.

Rather than the massive 25-minute display broadcast in primetime that has been a fixture of July Fourth celebrations for years, Macy’s said on Tuesday that its fireworks event will consist of short five-minute shows on each night between June 29 and July 4 in each New York City borough at unannounced times and from undisclosed launch sites to avoid having crowds gather and break social distancing protocols.

That will lead up to July 4’s televised grand finale, which will feature the “best of” the previous five nights’ displays in a nationally televised show that will be hosted by John Legend.

“Producing the show in this fashion is the safest way possible for us to continue this more than 40-year tradition,” Macy’s spokesperson Orlando Veras told Fortune.

That approach salvages a key marketing event for Macy’s, whose Thanksgiving Day parade is also a major annual event. In addition to the 1 million people who gather in New York along the East River to watch the fireworks, another 10 million watch them on television. And Macy’s could use the exposure at a time when it is trying to rebuild its business following several weeks this spring during which all of its stores were closed: The company recently said its operating loss in the first quarter was close to $1 billion, while revenue plunged by nearly half.

The show also fulfills a pledge by New York Mayor Bill de Blasio in April, at the height of the pandemic in the city, that the Macy’s event would happen “one way or another,” something for which he was criticized at the time, given that he had canceled other large gatherings scheduled for the summer.

“These past few months have been some of the most difficult in our city’s history, and New Yorkers are looking for a break,” de Blasio said in a statement on Tuesday.

Whether New Yorkers are eager for that break to take the form of fireworks at unannounced times is an open question. Residents across the city have been contending with unauthorized fireworks exploding at all hours of the night in recent days, fraying nerves.

According to media reports, the New York Police Department fielded 11,535 complaints about illegal fireworks between Jan. 1 and June 21, compared with 54 over the same period. In addition to the Macy’s announcement on Tuesday, de Blasio said the city would create a task force to crack down on illegal fireworks.