These black women are leading the way in business, politics, and economics 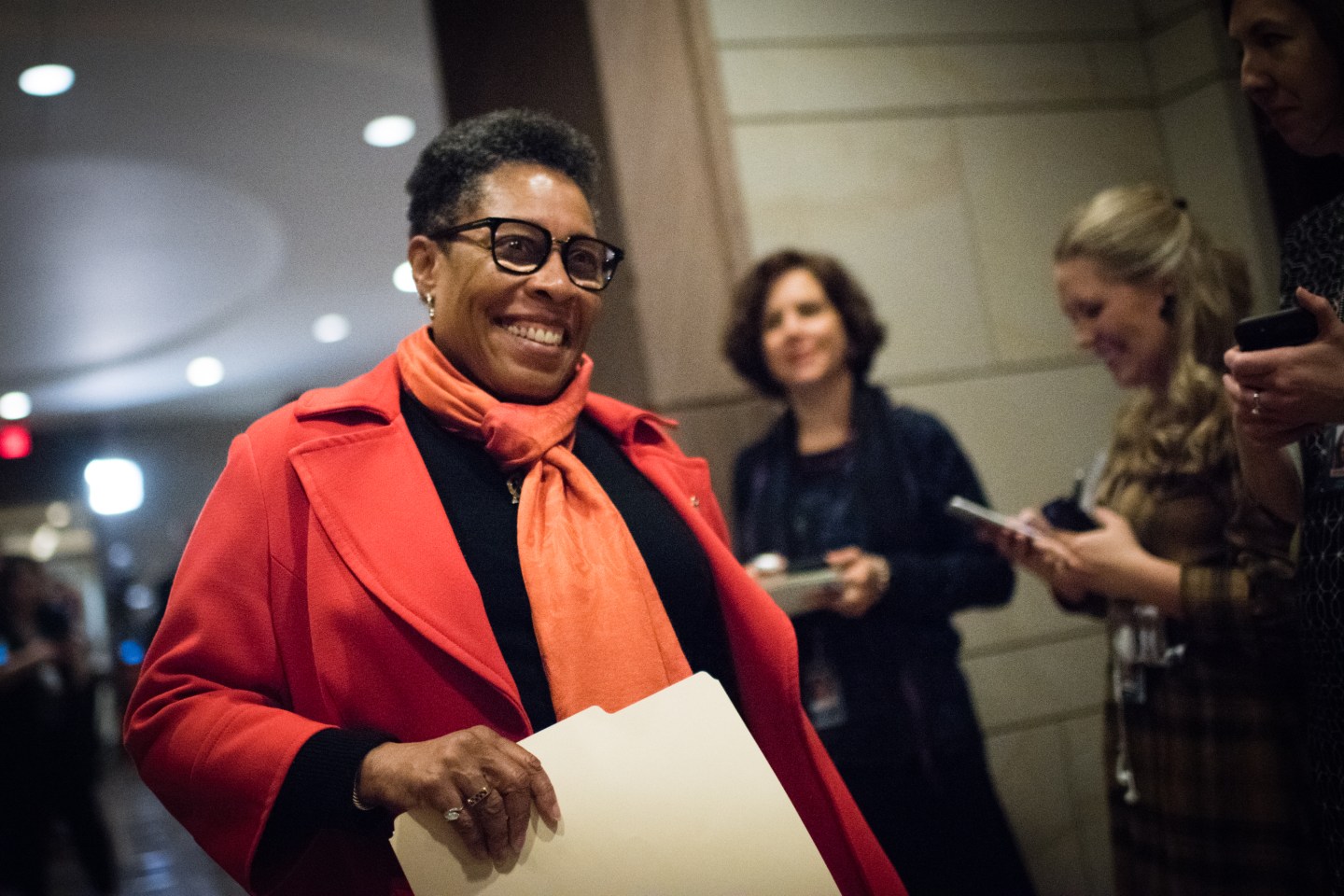 Good morning, Broadsheet readers! The Southern District of New York gets a new leader in dramatic fashion, the Black Lives Matter movement is growing in France, and black women share their expertise across industries in Fortune. Have a productive Monday.

– Monday morning opinions. In recent weeks, black women across business, politics, and economics have shared their expertise with Fortune. This Monday morning, I’d like to highlight some of their work.

First, we have Crystal Ashby, interim president and CEO of the Executive Leadership Council, an organization that supports the development of black executives. Ashby, who also joined us earlier this month for a roundtable on racism and allyship, in this piece counters a longstanding, flawed argument in white corporate America. The lack of black leaders in Fortune 500 companies and beyond (there are five black CEOs in the Fortune 500, none of whom are women) is not due to a dearth of talent, she says. Instead, what black executives and potential executives lack are opportunities for advancement.

“We are proud to help our own,” Ashby writes of her work with the Executive Leadership Council, “but we need willing partners to create more opportunities for black talent in corporate America.” Read her full op-ed here.

On Friday—the first Juneteenth to be widely celebrated by American companies—Rep. Marcia Fudge wrote for Fortune about how the U.S. education system has failed to teach black history as what it is: American history. Fudge in May introduced the Black History Is American History Act, which would require the only national test administered to all students to include black history and would provide grants to teachers and students.

Fudge chooses a poignant example: the way Oklahoma has changed how it teaches the history of Tulsa’s once-booming Greenwood neighborhood, also known as Black Wall Street, and how that community was destroyed in the Tulsa Massacre. The state for decades buried that history, but now includes the truth of the city’s past in its textbooks.

Finally, Fanta Traore, founder of the Sadie Collective, which addresses the underrepresentation of black women in economics, published this story highlighting 19 black economists to celebrate and know. Learn about the work of scholars Dana Francis, Jhacova Williams, Kristen Broady, and more.

- Strauss's SDNY. The dramatic shakeup at the Southern District of New York on Friday–President Trump fired U.S. attorney Geoffrey S. Berman, who had investigated Trump associates in New York—has left Audrey Strauss in charge. Berman agreed to leave the position after Strauss, his deputy, was named his replacement rather than Trump's choice. Strauss has a long career as both a federal prosecutor and in the private sector, and she will serve in the role until the Senate confirms a new U.S. attorney. Bloomberg

- Veepstakes. Sen. Amy Klobuchar publicly took herself out of the running for Joe Biden's ticket on Thursday and urged the presumptive Democratic nominee to choose a woman of color as his vice president. Klobuchar had been a strong contender for the ticket, but protests over racial injustice in her home state of Minnesota, where she served as a prosecutor, now make her an unlikely choice. Her comment was seen by some as a blow for Sen. Elizabeth Warren. Politico

- Gym rat. CrossFit CEO Greg Glassman resigned this month after he made offensive and racist comments about the death of George Floyd. His attitude and beliefs reflected widespread problems at the company behind the fitness phenomenon, including allegedly rampant sexual harassment. You can read the details in this investigation (Glassman denied the allegations): New York Times

MOVERS AND SHAKERS: Chief people officer Melissa Kersey is leaving McDonald's; she will be succeeded in the role by VP and global chief talent officer Melanie Steinbach. Senior director, Center HR Shammara Howell will succeed Steinbach in her position.

Correction: Last week, we included the hiring of Rebecca Wooters by Signet Jewelers; she is the company's new chief digital officer, not chief data officer. We apologize for the error!

- Justice pour Adama. The fight for black lives in France has been led by Assa Traoré, an activist who lost her brother, Adama Traoré, to police violence in 2016. The French version of Black Lives Matter fights for an end to systemic racism against black and Arab citizens. The New Yorker

- Abortion decision. New York Times editorial board member Lauren Kelley reflects on the Supreme Court's oral arguments for June Medical Services v. Russo, the landmark abortion case the Court is expected to issue a ruling on soon. The arguments were some of the last the Court heard in person in March. Kelley wonders what might happen if the Court rules against abortion rights, and the world, exhausted by crises, "shrugs." New York Times

- Journey to Juneteenth. Nicole Beharie is the star of the new movie Miss Juneteenth. Six years ago, she was a lead on the CW TV show Sleepy Hollow; she became seriously ill and struggled to secure appropriate accommodations at work. In the years that followed, she said that she was labeled "difficult" and again struggled to get work. She reflects on her career and the meaning of her new film: New York Times

- All around. Netflix this week will premiere Athlete A, a new documentary about the gymnasts abused by doctor Larry Nassar. In other gymnastics news, Simone Biles debuted the triple-double dismount, a move that's never been seen before. And 17-year-old gymnast Sunisa Lee was on the verge of taking the Tokyo Olympics by storm; now, she's waiting for her moment.

'She loved who she was becoming': Breonna Taylor and a family’s fight for justice The Ringer

'Who will protect you from rape without police?' Here's my answer to that question Guardian

"I don’t know what’s ahead. For now, it will be Netflix, reading, and sleep."