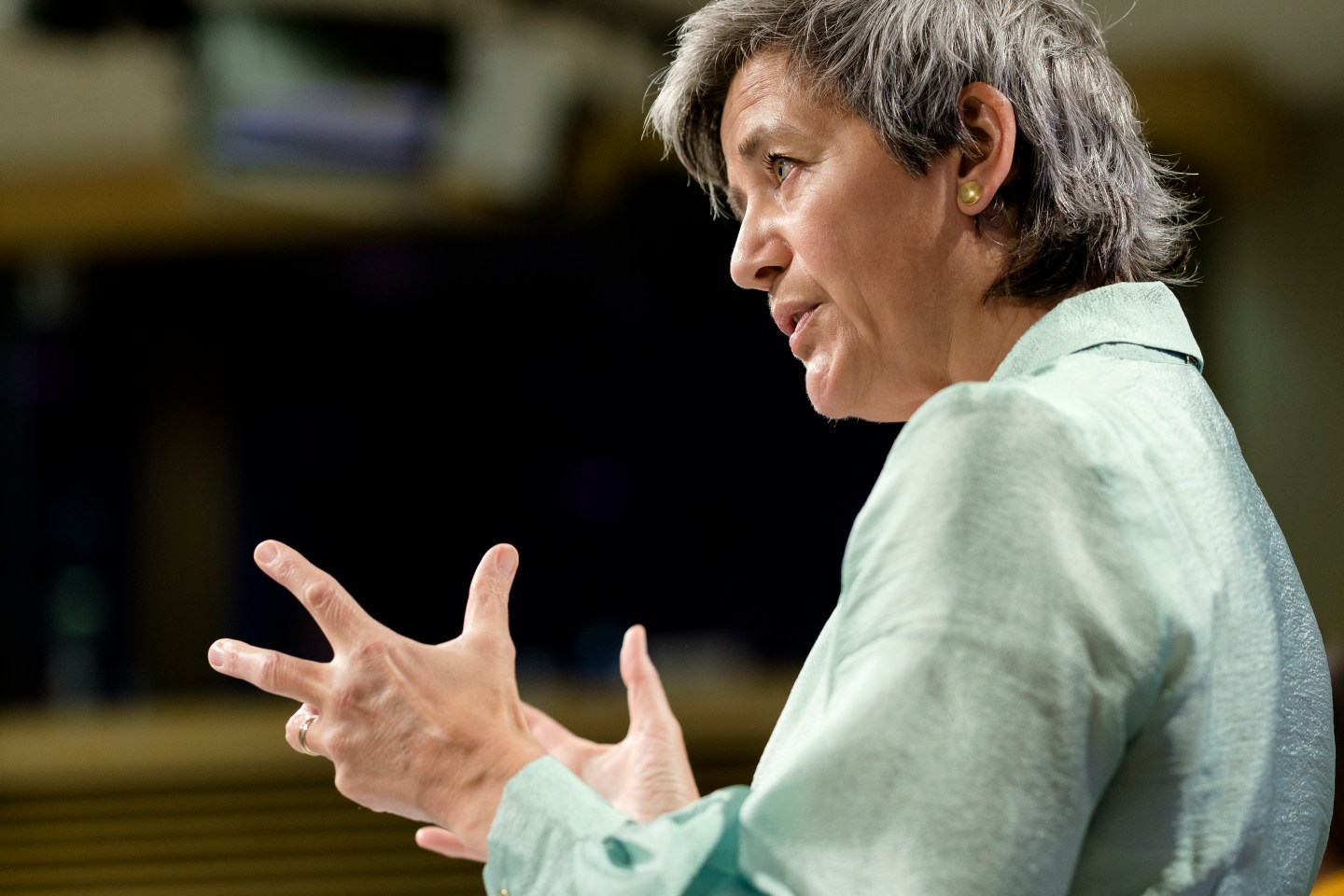 The European Union may develop a new tool to stop companies—particularly those backed by foreign countries—swooping in to scoop up European firms.

Foreign investment rules are currently being tightened in the U.S. In the EU, countries such as France, Spain, and Italy are contemplating doing the same to protect their strategic assets in an ever-expanding field of sectors, these days including health care.

The defensive actions come as Chinese corporations—many of which enjoy state backing—are reported to be eyeing bargains in Europe.

On Wednesday, the European Commission floated giving itself the power to review large acquisitions of EU companies, in cases where the prospective buyer gets financial support from a foreign government. If it turns out that a deal is likely to distort the EU’s single market, the commission would be able to force concessions or even, as a last resort, block the deal entirely.

The proposal is one option laid out in a new white paper about the distortive effects of foreign subsidies in the EU’s internal market. The EU has strict laws to stop its member states distorting the market through state subsidies, but it doesn’t currently have legislation that addresses the problem when outside countries are doing the same.

“We need the right tools to ensure that foreign subsidies do not distort our market, just as we do with national subsidies,” said Margrethe Vestager, the bloc’s competition commissioner. “Today’s white paper launches an important discussion on how to address effects caused by foreign subsidies. The [EU] single market is key to Europe’s prosperity, and it only works well if there is a level playing field.”

Wednesday’s discussion document sets out three options, which are not necessarily mutually exclusive. Apart from the option that would more strictly police the outside acquisition of EU companies, the other two address state-subsidized foreign companies that operate in the EU (which might have to change their behavior if they are distorting the EU single market) and the issue of foreign subsidies allowing companies to undercut their European rivals in public procurement.

“The definition of financial contribution is broad, and may cover loans, guarantees, capital injections, preferential tax treatment, tax credits, grants and debt forgiveness, amongst others. The contribution need not directly relate to the acquisition either,” said Neil Cuninghame, a competition lawyer at Ashurst, in an emailed statement. “Given that the similar process of establishing whether state aid has been provided by EU member states is often not straightforward, establishing whether distorting contributions have been given by foreign governments can be expected to be even more fraught.”

The proposals come just a couple of days after the EU took the unprecedented step of ruling that two Egyptian exporters had illegally used subsidies from the Chinese government to undercut European glass-fiber fabrics producers.

The commission signaled its desire to rein in state-subsidized foreign companies back in March, when it announced its new industrial strategy. At the time, it said the white paper would be followed up by a formal proposal for new legislation next year. The ideas published Wednesday are open for public consultation until Sept. 23.

At the same time, the EU is trying to get the World Trade Organization (WTO) to expand its list of prohibited industrial subsidies.

Chinese investment in the EU has been falling in the past few years, as it has elsewhere. Analysts say this is partly thanks to Beijing increasingly pushing back against the practice, and partly because of the increased scrutiny deals have been receiving.

However, the coronavirus pandemic has hit share prices around the world, making for some bargains—particularly in the tech sector. The development prompted EU antitrust chief Vestager (who is also in charge of digital policy) to suggest in April that EU countries take stakes in their top companies to prevent Chinese takeovers.

Repeatedly asked about China at a press conference on Wednesday, Vestager said there is “no specific country” that the commission is thinking of, as it proposes its new rules. Internal Market Commissioner Thierry Breton noted that there are also concerns with the subsidies given to some Middle Eastern companies.

“We’re also sending a clear message to the rest of the world: ‘You are welcome, but these are our rules,’” Breton said.

This article was updated to include the Cuninghame quote.