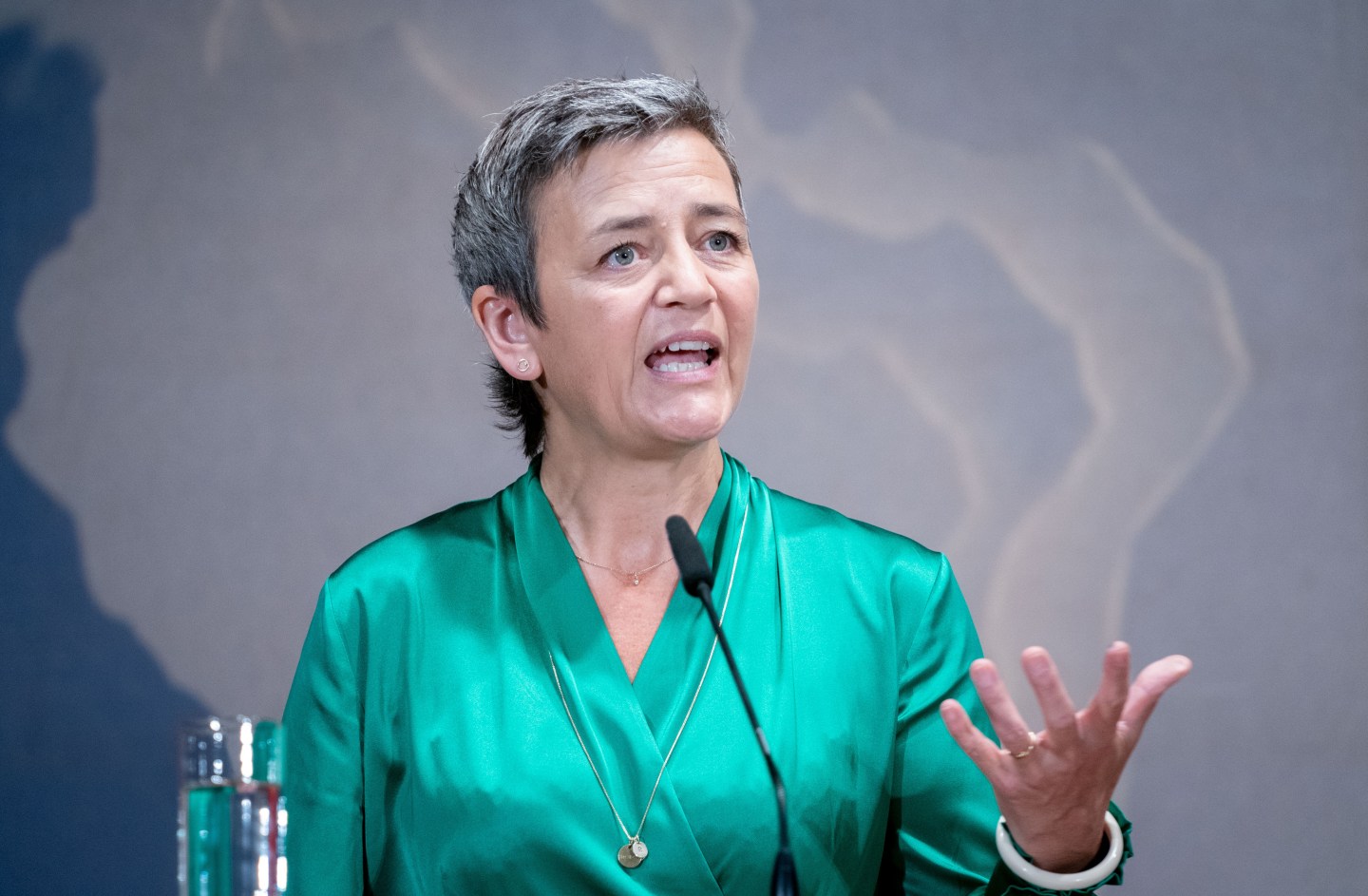 As the last European Commission wound down this year, Big Tech was surely looking forward to getting rid of Margrethe Vestager, the antitrust official who repeatedly fined Google billions for its anticompetitive behavior and who forced Apple to pay $15 billion in back taxes.

“Happy for and humbled by the task ahead,” Vestager tweeted after the announcement.

The EU’s former digital policy chief was Andrus Ansip, who has now left the front line to become a member of the European Parliament.

The combination of this role—essentially, a champion for the European digital sector—with that of competition chief may exacerbate the impression in the U.S. that the EU has used its competition rules to try holding back American titans of the digital world. This widespread notion was most memorably set out by President Donald Trump last year when he reacted to Vestager’s fining of Google by telling von der Leyen’s predecessor, Jean-Claude Juncker: “Your tax lady, she really hates the U.S.”

Vestager responded by insisting that the fine had nothing to do with her “personal feelings,” adding: “I very much like the U.S.”

Asked at a Tuesday press conference about a potential conflict of interest between Vestager’s two roles, von der Leyen batted away the question. “The commissioner has done an outstanding job but I’m sure she will even do better by also being a vice president of the European Union,” she said.

It is unprecedented for an EU competition commissioner to have more than one term, and the handover has sometimes involved a significant shift in stance. Vestager’s predecessor, Joaquin Almunia, was more keen on striking a deal with Google than punishing it. Vestager has fined Google a total of $9.4 billion in three separate antitrust cases.

The liberal Danish commissioner does not spend all her time scrutinizing the behavior of Americans. Her February vetoing of the train-building merger of Germany’s Siemens and France’s Alstom caused consternation in both countries, and may well have helped scupper her chances for taking the top job that instead went to von der Leyen.

The Dutch socialist Frans Timmermans, who was also in the running for the Commission presidency, has been put in charge of the “European Green Deal,” while Latvia’s center-right Valdis Dombrovskis will try to drum up “an economy that works for people.”

The U.K. does not have a commissioner in the new line-up, due to the looming Brexit. However, as von der Leyen said Tuesday, that would change if the country ends up not leaving the EU after all.