Return of the dividend: Dick’s Sporting Goods and Target up dividends on reopening optimism 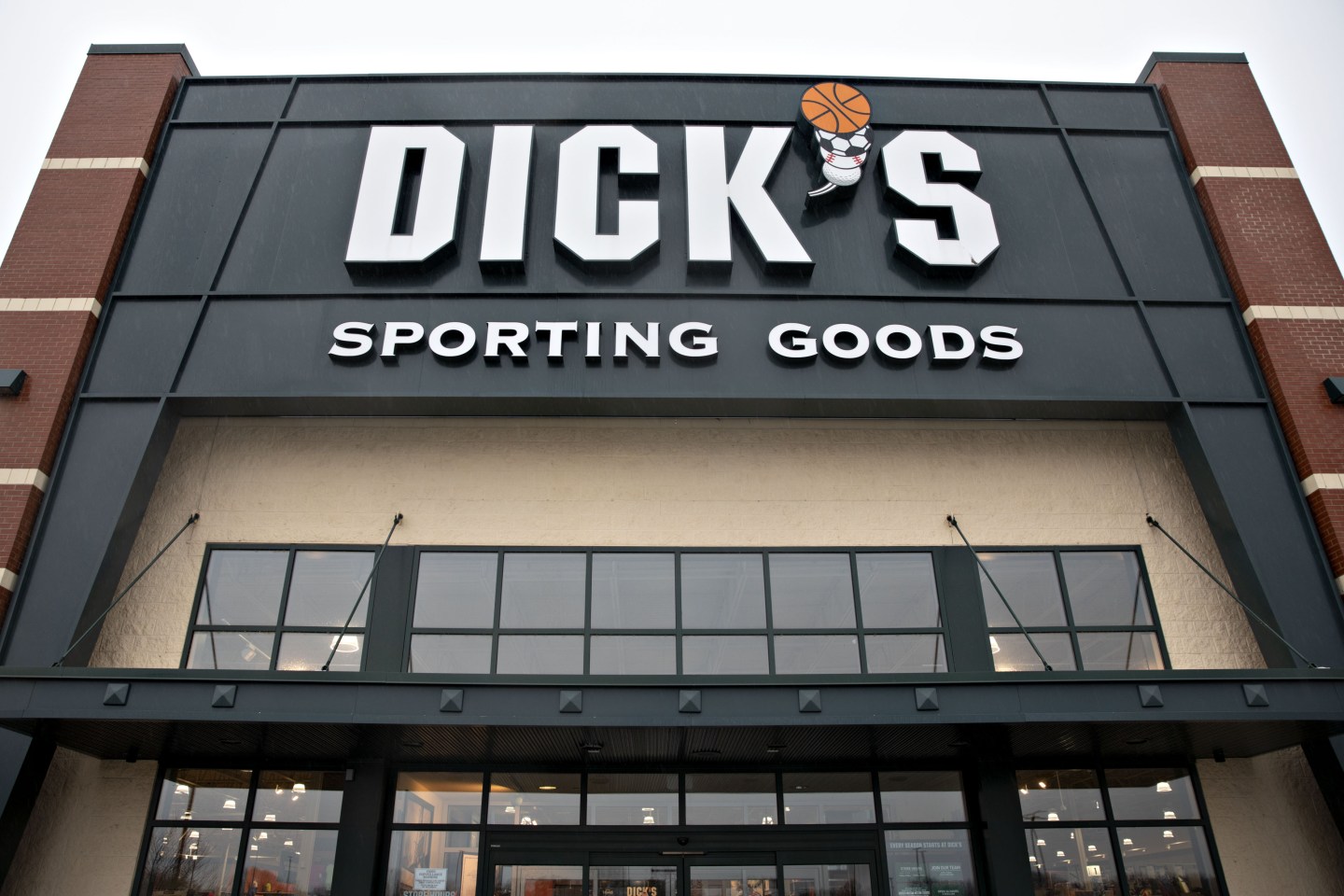 Two major retailers—Dick’s Sporting Goods and Target—reinstated or raised their stocks’ dividends, respectively, as stores start reopening across the U.S.

Target announced Thursday it was raising its quarterly dividend by 3%, from 66 cents to 68 cents a share (the 49th consecutive year the company upped its annual dividend). And Dick’s Sporting Goods, which had suspended its dividend in April, reinstated its dividend, paying investors 31 cents a share.

For those like LPL’s Ryan Detrick, the move by big retailers to up or reinstate dividends sends a loud and clear message to Wall Street: “‘We are strong and when we get to the other side of this we’ll get even stronger and we’ll put our money where our mouth is by upping dividends and showing confidence,'” Detrick tells Fortune. He suggests the move is something of a vote of confidence in the consumer—”They think Main Street will support them, clearly, or they wouldn’t do this,” Detrick says, so “they’re trying to drum up some confidence from Wall Street.”

For one, Dick’s Sporting Goods, which had suspended its dividend and share buyback program, cited “strong early sales” from a bounce-back at its reopened stores, as the company expects to have “nearly 100% of its stores re-opened to the public by June 30” the company said. But the sports retailer was certainly not alone in suspending or cutting dividends during the coronavirus crisis. A slew of companies (many in hard-hit sectors like airlines and retail) suspended dividends earlier this year, including carmaker Ford, Delta Airlines, and Macy’s, as the coronavirus crisis forced companies to scramble to conserve cash.

But now, some companies are striking a more optimistic tune—and reinstating or raising dividends is a sign some retailers, at least, aren’t predicting the worst: “They wouldn’t be doing this if they thought a second wave would shut down the economy again and the consumer wouldn’t be strong coming back,” notes Detrick. “The fact that they are [upping dividends] is a resounding strength for the consumer to really bounce back here.”

While early signs show the economy is beginning to pick up, retail sales in particular are clawing their way back. In April, retail spending dropped a record 16.4%, with clothing stores and sporting goods being among the worst-hit areas as stores across the country shuttered up. Other retailers long on the brink of trouble, like J.C. Penney, filed for Chapter 11 bankruptcy.

Some analysts fear Dick’s Sporting Goods, for one, might not have what it takes as more stores compete online. “Dick’s may be the largest pure sporting goods chain in the U.S., but nearly all items in its inventory are available at other stores and online,” Morningstar’s David Swartz wrote in a note. The acceleration of online sales has been across the industry board, but those like Swartz aren’t convinced the sports giant can hold its own, as other competitors like Amazon and Walmart edge in on its business (some of Dick’s big vendors have relationships with many of the company’s larger competitors, he notes). Plus, “Although e-commerce (16% of last year’s revenue) has been a bright spot (with sales growing to $1.4 billion in 2019 from $500 million in 2013), we think Dick’s large base of about 850 stores limits its flexibility,” he writes.

Target’s online sales, meanwhile, appear ripe for growth: The company reported comparable online sales up 141% in the 1st quarter. Target CEO Brian Cornell said on the company’s earnings call in May that the retailer also saw “a broad surge in sales in more discretionary categories, including apparel,” noting that over the last couple weeks of April, the company had “some of the strongest comparable sales growth we’ve experienced in our history.”

“This is a vicious recession, we know that, but some of the tried and true companies that we’ve realized we really do need are actually doing okay,” LPL’s Detrick suggests.

Target’s stock is down roughly 2% in the past month, while Dick’s Sporting Goods’ stock is up over 38% since mid-May.