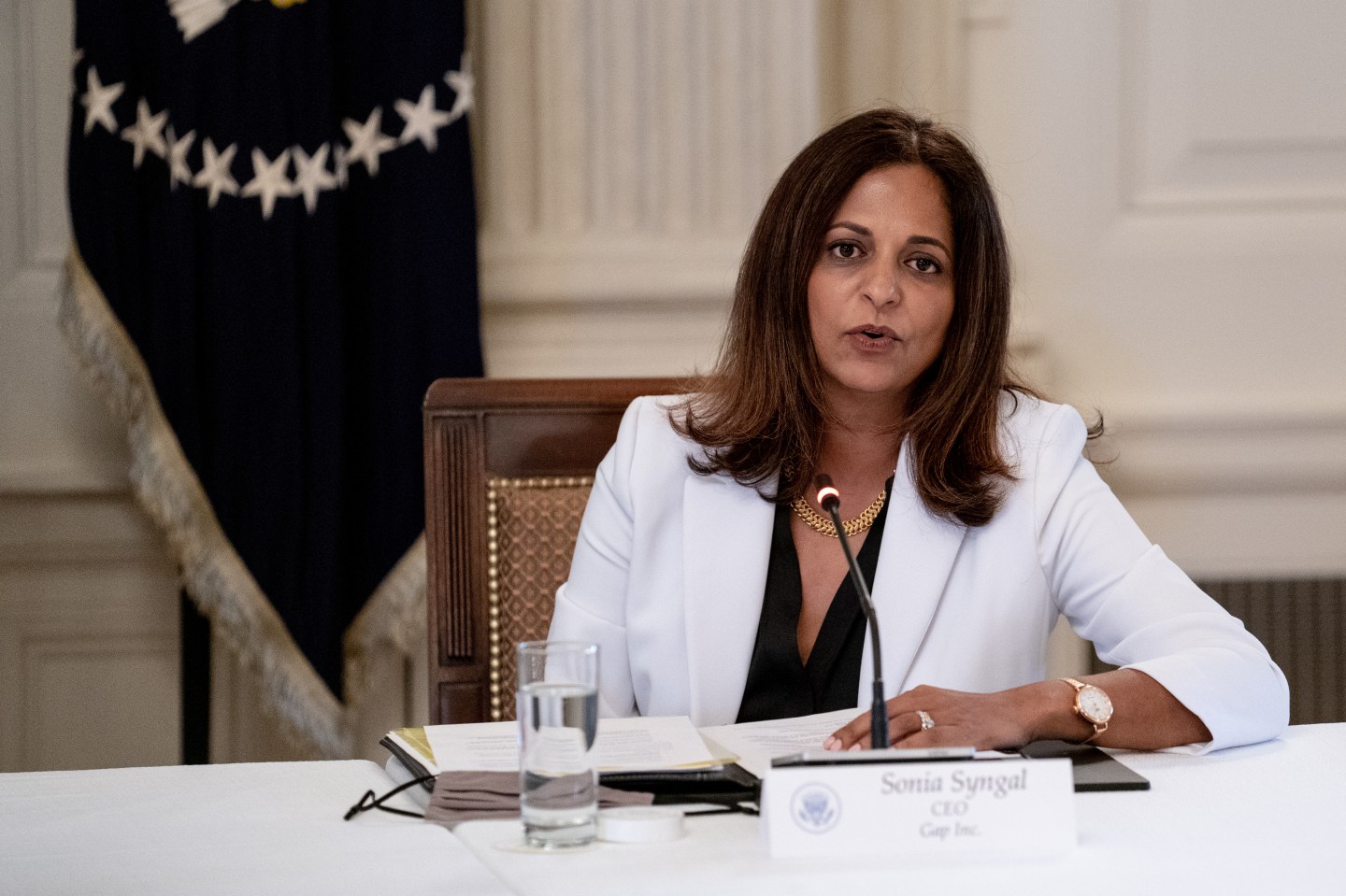 It’s been a tough time for mall-based retailers. Many stalwarts like Gap, Abercrombie & Fitch, and Macy’s have seen sales plunge up to 50% in the first quarter because of lengthy store closings, while others like J.C. Penney and Neiman Marcus have sought bankruptcy court protection.

And that has led a few major retailers to suspend rent payments and renegotiate lease terms with mall operators, resulting in some standoffs. Notably, earlier this week, Simon Property Group, the largest mall operator, sued Gap Inc., its biggest tenant, for $65.9 million in back rent. Meanwhile, CBL, a major mall operator, expressed doubts in a regulatory filing on Friday about its ability to stay in business.

Reflecting that mutually dependent relationship, Gap chief executive Sonia Syngal called on landlords to be flexible and work with retailers to get through the biggest crisis in retail’s modern history.

In April, Gap, which also operates Old Navy and Athleta along with some smaller brands, said it paid $115 million a month in rent when it announced it had stopped making those payments while stores were closed. The company has resumed paying for stores that have reopened.

The retailer is under enormous financial stress at the moment: Gap said late Thursday that sales in the first quarter ended May 2 were down 43% to $2.1 billion and that it had had a net loss of $932 million.

Gap said that 1,500 stores have reopened, but it will have to contend with uncertainty over how much to order for major shopping events like the upcoming back-to-school season and the holidays, with consumer appetite hard to ascertain. It will also have to deal with a ton of competitors’ apparel flooding the market that will likely be cleared at deep discounts.

Its first-quarter results showed that its strong brands were poised for a quick snapback but that its weaker brands continue to languish. While Old Navy and Athleta saw sharp online sales growth (20% and 49% respectively) as people bought casual clothes or athletic wear, Gap and Banana Republic languished online as well as in stores. Banana Republic’s problem was weak demand for casual office wear. At Gap, it was more of the product misfires that have plagued it for years, and missteps in filling orders and getting them to customers.

With most of its stores in strip malls, where shopper traffic is bouncing back more quickly than in shopping malls, Old Navy is poised to rebound well, as is Athleta given its focus on “athleisure.” But Gap and Banana Republic will continue to be hit by slower mall traffic and weak interest in their products.

In the case of Gap, Syngal has made it clear the company is looking to further reduce its store count over time, something she is likely to accelerate because of the COVID-19 breakout. She may get an assist from the J.C. Penney bankruptcy and Macy’s store closings. Most mall lease clauses give a tenant the right to change terms or exit the lease if an anchor tenant leaves, since such stores have long drawn shopper traffic.

Gap Inc. is well insulated from whatever problems are befalling malls. One-quarter of its sales are online, and Old Navy makes up nearly half of its sales. But mall stores are key to the health of Banana Republic and Gap—both multibillion-dollar brands—and even Athleta, which is soon to be a $2-billion-a-year business. So it behooves Gap to keep the peace with mall operators.

“We are a fair company, and our whole model is working with our landlords,” says Syngal. Lawsuits and all.