Filling in the gender gap on Wikipedia 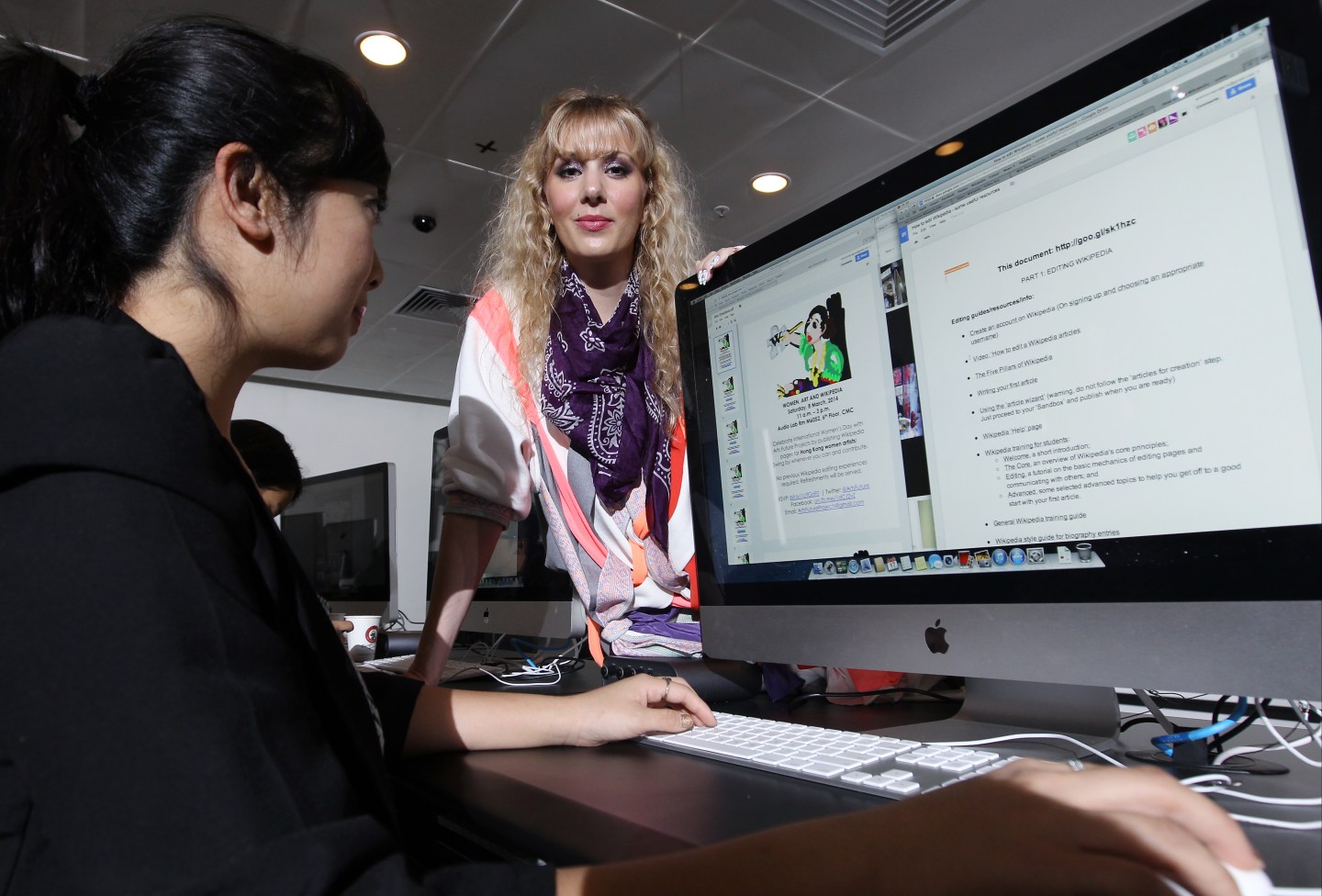 Rachael Reavis and her students are trying to diversify the internet—one Wikipedia article at a time.

Last year, Reavis, an associate professor of psychology at Earlham College in Indiana, recruited students in her research lab to develop Wikipedia pages for women in STEM. So far, they’ve created 10 pages profiling women from around the world. And there’s no plans to stop. Reavis’ next research lab cohort plans to tackle even more, and some of her students said they’ve been researching and writing on their own.

It’s important, Reavis said, because so many women are underrepresented and overlooked as leaders in STEM.

“The main motivation has been to make it easier for people to find and learn about the work that women who are leaders in the field have been doing,” Reavis said. “It’s important to highlight the achievements of women in STEM because they have contributed to our knowledge substantially, yet have received less attention.”

Wikipedia has more than 1.6 million biographies on its site. Of those, however, less than 20% are on women. For the past several years, many organizations, including Wikipedia, have launched initiatives to produce more women-focused biography pages, as well as encourage women to become editors of the site.

WikiProject Women in Red was founded in July 2015, and derives its name from “turning red links into blue.” Typically when a “red link” appears on Wikipedia, it’s an article that has yet to be written. Blue links are hyperlinks to existing pages. Before the program started, the percentage of biographies about women on the site was just above 15%. In the past five years, the group has trained countless editors, produced articles and hosted live events focused on women from all walks of life: From explorers and pioneers to actresses and artists.

Universities around the country have hosted events focused on broadening Wikipedia’s articles on underrepresented groups and events. Fordham University hosts an annual Wikipedia Edit-a-thon. Last year, it focused on art and feminism. Other groups host edit-a-thon’s throughout the year, each with its own twist on subject matter.

The Association for Psychological Science called on its members to author articles on famous women in STEM. The APS Wikipedia Initiative aims to not only increase article diversity on the website, but also highlight the importance of evaluating pages on methodology, accuracy and data.

That’s precisely how Reavis became interested in adding to Wikipedia. When deciding which subjects to write about, Reavis and her students look at Wikipedia’s notability requirements. From there, they look at women who have made major strides in their field, were editors of major journals, or recipients of awards. They do research on the person and collect citations to build their page. These come from press releases, official biographies, papers they’ve written and any other sort of source material they can find. Reavis said Wikipedia has strict sourcing guidelines, and she and her students follow them very closely.

While they don’t interview subjects who are still alive, they often reach out after an article is published, Reavis said.

Once the article is written, they post it and nominate it for the Did You Know feature on the site’s front page.

Jerilyn Gillenwater, a senior at Earlham College studying neuroscience, was one of the students tasked with authoring articles for Reavis’ class. She wrote an article on Joanne Berger-Sweeney, the first African American president of Trinity College and notable neuroscientist. For her, it was more than just an assignment. As a black woman in STEM herself, Gillenwater said it’s been extremely important for her to highlight the achievements of inspiring women like Berger-Sweeney.

“I want little black girls growing up to feel comfortable and excited about learning about subjects such as math, technology, biology, neuroscience, etc., and not having to feel as if these fields are not for them because they do not see themselves represented,” she said. “I want them to have women that look like them to admire and be able to be mentored by.”

—Candidates talk about the issues that matter to working women
—Fixing the corporate approach to addressing sexual harassment
—Funding for female founders increased in 2019—but only to 2.7%
—How “for women, by women” startup Lola sees its investor’s Trump ties
—WATCH: The double burdens that hold women back