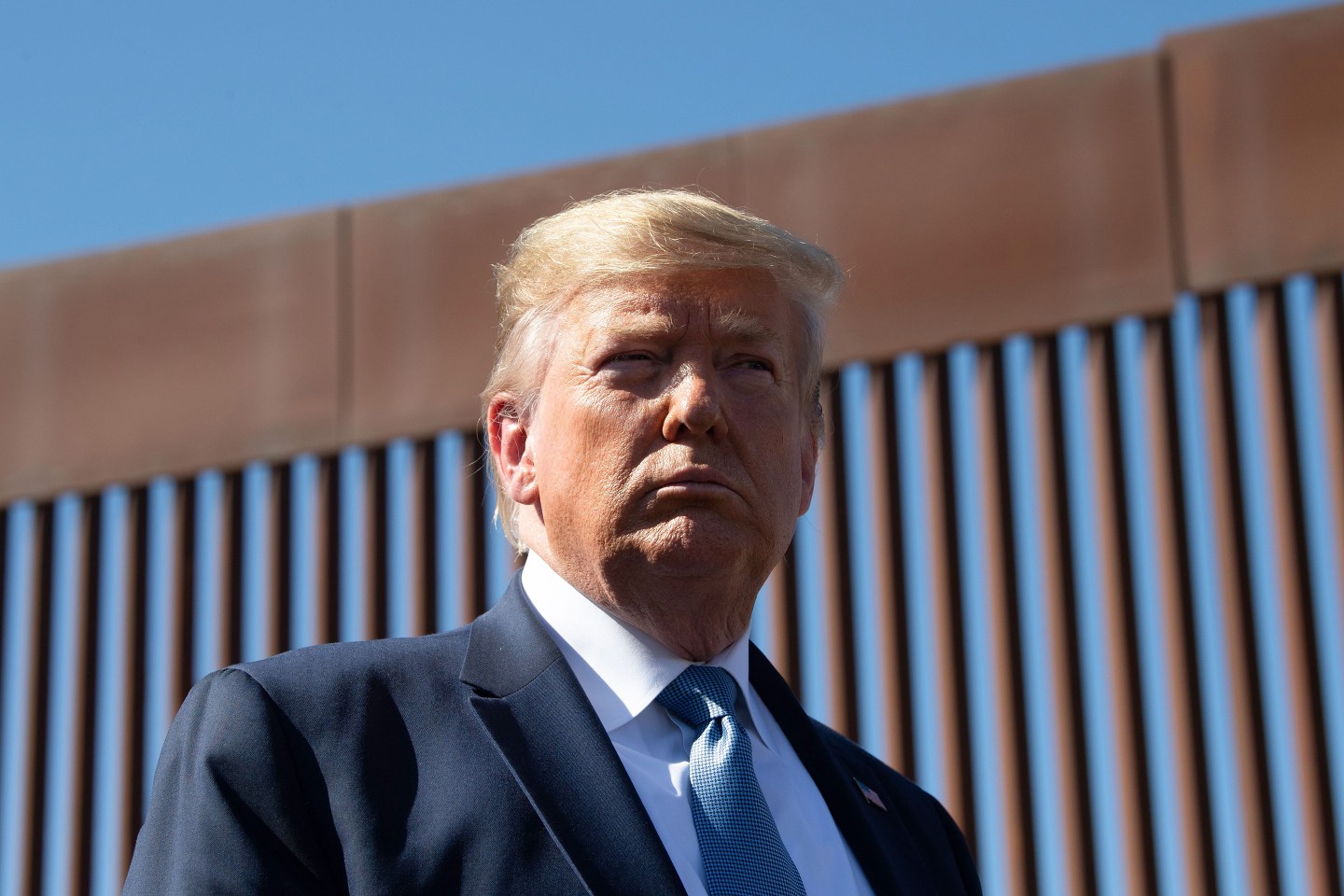 More than a year after President Donald Trump declared a “national emergency” at the southern border, Congress is just beginning to reckon with the many laws that give presidents enhanced powers when they use those words. One such law is the International Emergency Economic Powers Act (IEEPA), and the sweeping powers it confers—combined with a lack of basic checks and balances—make it ripe for abuse.

But a bill recently introduced by Rep. Ilhan Omar (D-Minn.), the “Congressional Oversight of Sanctions Act,” which is part of a larger proposed foreign policy overhaul package, would be a start toward guarding against presidential overreach.

IEEPA is one of the many emergency powers that a president can invoke under the National Emergencies Act. To deploy IEEPA, the president must declare an emergency based on an “unusual or extraordinary threat” that has its source, at least in part, from overseas. The U.S. government can then take a range of extraordinary economic measures, from blocking all financial transactions or trade with individuals, entities, or governments deemed associated with the threat to freezing designees’ property and bank accounts. And it can do all of this while merely investigating whether to designate someone.

Although the typical IEEPA order targets foreign governments or organizations, the law can be used against Americans, too. After the September 11th attacks, President George W. Bush quickly deployed IEEPA to shut down several Muslim American charities, and to freeze the assets of individual Muslim Americans, based on suspicions that their charitable contributions benefited terrorists overseas—even though this was never proven in court. Judges in Oregon and Ohio did find that the government’s actions were unconstitutional, but the Supreme Court has not ruled on the issue.

IEEPA is by far the most commonly invoked emergency power. Presidents have issued 58 IEEPA declarations in the past 40 years, and most have lasted more than a decade. There are 31 IEEPA declarations in effect today—including the longest-running national emergency, which President Carter declared in 1979 in response to the Iran hostage crisis.

Ironically, when Congress passed IEEPA in response to various Nixon administration scandals, its intent was to restrain executive power and to make the use of sanctions—in the words of one congressional committee—“rare and brief.” What went wrong?

For one thing, presidents have largely ignored the requirement of an “unusual and extraordinary threat.” Presidents typically invoke IEEPA whenever they believe it would advance foreign policy goals, regardless of whether an actual emergency—one that creates a sudden and urgent crisis for the U.S.—exists.

Indeed, Congress appears quite happy to delegate the complex realm of foreign sanctions to the president. But this passivity is short-sighted. The Trump administration, for instance, has threatened to use IEEPA in unprecedented ways, including to impose tariffs against Mexico in retaliation for illegal immigration at the southern border, and to order U.S. companies out of China as leverage in the U.S.-China trade war.

The potential for domestic presidential overreach is even more frightening: In the wrong hands, IEEPA could be abused to target organizations engaged in political dissent or opposition, based on unproven claims of ties to foreign threats.

The introduction of Rep. Omar’s “Congressional Oversight of Sanctions Act” is an opening to protect against such abuse. Among other changes, the bill would limit initial use of IEEPA’s powers to 60 days. If Congress does not vote within this period to continue the sanctions, they must end. If, on the other hand, Congress votes to approve the sanctions, they may continue, but Congress must reapprove them every six months. Along with detailed reporting to Congress about how and why sanctions are being deployed, the bill would also require the president to submit periodic assessments of how effectively the sanctions are achieving their stated goals.

Granted, the bill is not perfect. Asking Congress to separately reauthorize more than 30 sanctions regimes every six months would create a burden that Congress would almost certainly be unwilling to shoulder; requiring Congress to vote on a package of sanctions every year would be a more workable solution. Moreover, the bill does not address IEEPA’s failure to provide due process for Americans made subject to its provisions. At a minimum, Congress should require the government to obtain a warrant when it seeks to freeze Americans’ assets, and to provide detailed notice of the reasons why the American was targeted—along with a hearing in which the target can present a defense—when applying other types of sanctions.

Nonetheless, the bill constructively takes on a problem that has received far too little attention from Congress. And, importantly, it could serve to launch a long-overdue conversation on Capitol Hill about how Congress can head off presidential abuse of IEEPA—and more actively fulfill its role as a check against presidential overreach.

—What companies can do to make work better for black employees
—Should consumers be wary of Apple’s heartbeat monitoring app?
—Being a CEO is more tenuous than ever. How I survived 30 years at Aflac
—How Warren Buffett built Berkshire Hathaway
—Are the Houston Astros irredeemable cheaters? Or are they all of us?