Are the Houston Astros irredeemable cheaters? Or are they all of us? 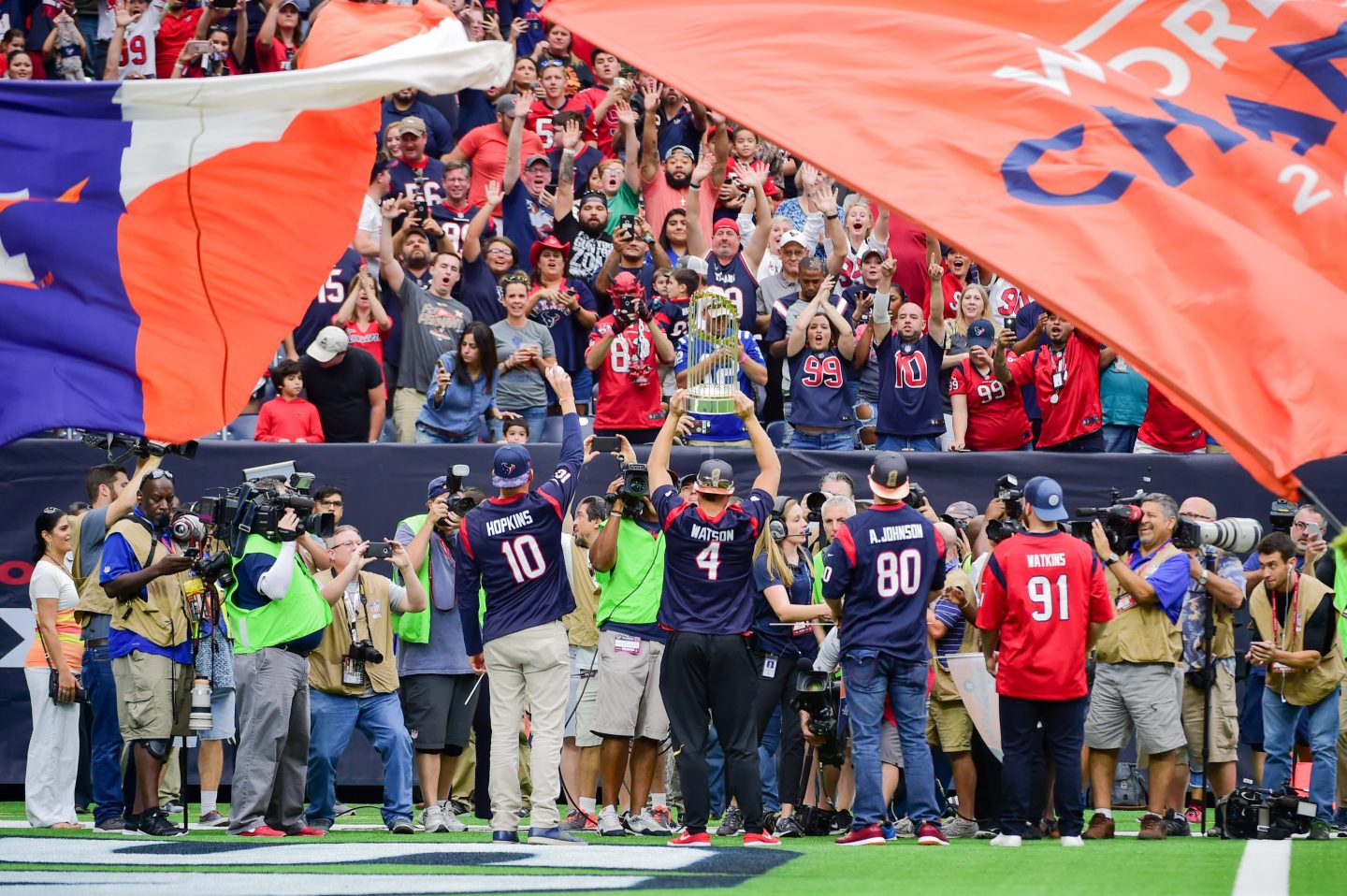 Opening Day is but one month away, and yet the talk of Major League Baseball remains, as it has all winter, the Houston Astros’ cheating scandal. Opposing players, managers, and rival fan bases have joined in unified chorus to heap criticism upon Houston—World Series winners in 2017 and runners-up in 2019—after the organization was caught using a clandestine system of cameras, signals, and other forms of technological subterfuge to relay to batters what type of pitch was about to be thrown.

These Astros are a cadre of deplorables, according to conventional wisdom. Root out the bad apples, therefore, and we can remediate the problem. Or can we? A more sobering possibility is that the Houston Astros aren’t such an aberration, within baseball or society more generally. Indeed, research on the psychology of cheating suggests that bad behavior is about much more than bad people or bad organizations—that in many respects, there’s a potential Astro in all of us, circumstances permitting.

First, unethical behavior is incremental. Big bursts of bad behavior often start with a slow trickle. Consider the notorious example provided by professor Stanley Milgram’s research on obedience to authority a half-century ago. In these studies—ostensibly investigations of punishment and learning—a surprising number of people followed instructions to administer what they believed to be lethal doses of electric shock to a fellow participant (in reality, he was an actor; no actual shocks were given).

Why did ordinary people agree to zap a stranger with 450 volts?  As Milgram explained, their behavior depended on the incremental nature of the request. Participants were instructed to increase the voltage for each mistake their partner made, beginning at 15, moving to 30, and so on. Had they been asked to use a potentially lethal voltage from the start, few would have complied, but each small increase didn’t seem like a big deal on its own—if I said yes to 160, then why not 175?

So it goes for other problematic behavior: The sporadic stolen sign from a catcher that evolves into a full-blown baseball cheating system. The little white lie that snowballs out of control. The ambiguous resume half-truth that evolves into an outright fabrication. The fudged expense report that eventually becomes embezzlement.

Second, unethical behavior is context-dependent. Ann Tenbrunsel, a researcher at Notre Dame’s Mendoza College of Business, has demonstrated just how influential decision framing can be. In one study, Tenbrunsel observed two different groups of respondents. The first group was asked to ponder a business decision, and the other to consider an ethical decision.

Subsequently, participants were given another, presumably unrelated task on which the opportunity existed to cheat. Who cheated more on this second task? Those previously primed to think about a business decision. Perhaps thinking earlier about ethics made people more ethical; perhaps thinking in terms of the business bottom line made them less ethical. Regardless, Tenbrunsel’s research suggests that how decisions are framed has a big impact on how we act. As such, some domains—such as the winner-takes-all arena of professional sports—are more fertile grounds than others for cheating.

Third, unethical behavior can be contagious. How does observing others’ questionable behavior affect our own actions? On the one hand, seeing people get away with something might convince you that the odds of getting caught are lower than you thought. On the other hand, seeing someone behave poorly could make you worry more about ethics yourself.

A key determinant is who the unethical role model is. Francesca Gino, now at Harvard Business School, investigated this by putting students in a position where they could cheat on a task to earn more money. Upon witnessing cheating from a student at their own school—wearing their university’s logo—students became more likely to cheat themselves. Seeing someone you affiliate with engage in unethical behavior makes cheating seem less problematic: Once one Astro is doing it, it is easier for the rest of the team to join in. Former Astro J.D. Davis told reporters earlier this month that he first learned about the sign-stealing as a rookie on the 2017 team. “Maybe what they did was the norm, I have no idea,” he said, describing his thinking at the time. “I had never been in another big-league clubhouse.”

But according to Gino’s research, witnessing a student from a rival school cheat had the opposite effect. Students became less likely to cheat in this scenario, indicating that when the cheater in your midst is part of them instead of us, bad behavior can make prevailing ethical standards even more salient.

None of these efforts at a more nuanced understanding of cheating is intended to exonerate the Astros or justify any instance of problematic behavior. Does fraud sometimes result from premeditated schemes? Of course. Are some unethical actors also generally unethical people? For sure. But otherwise “good” individuals also engage in bad behavior, often through more or less “normal” psychological processes.

So before we label individuals or an entire organization as irredeemably immoral, we might be wise to take the time to identify the precursors and telltale symptoms of cheating that we hope to avoid ourselves. That’s one lesson all of us can learn from the saga of the Astros, with wide-ranging implications across sports, politics, business, and our personal lives.

Sam Sommers is professor and chair of psychology at Tufts University, and the author of two books, Situations Matter and This Is Your Brain on Sports. Follow him on Twitter.

—What companies can do to make work better for black employees
—How Democrats’ impeachment campaign helped Trump
—Fixing the corporate approach to addressing sexual harassment
—How Warren Buffett built Berkshire Hathaway
—WATCH: The double burdens that hold women back