How technology is changing how we volunteer 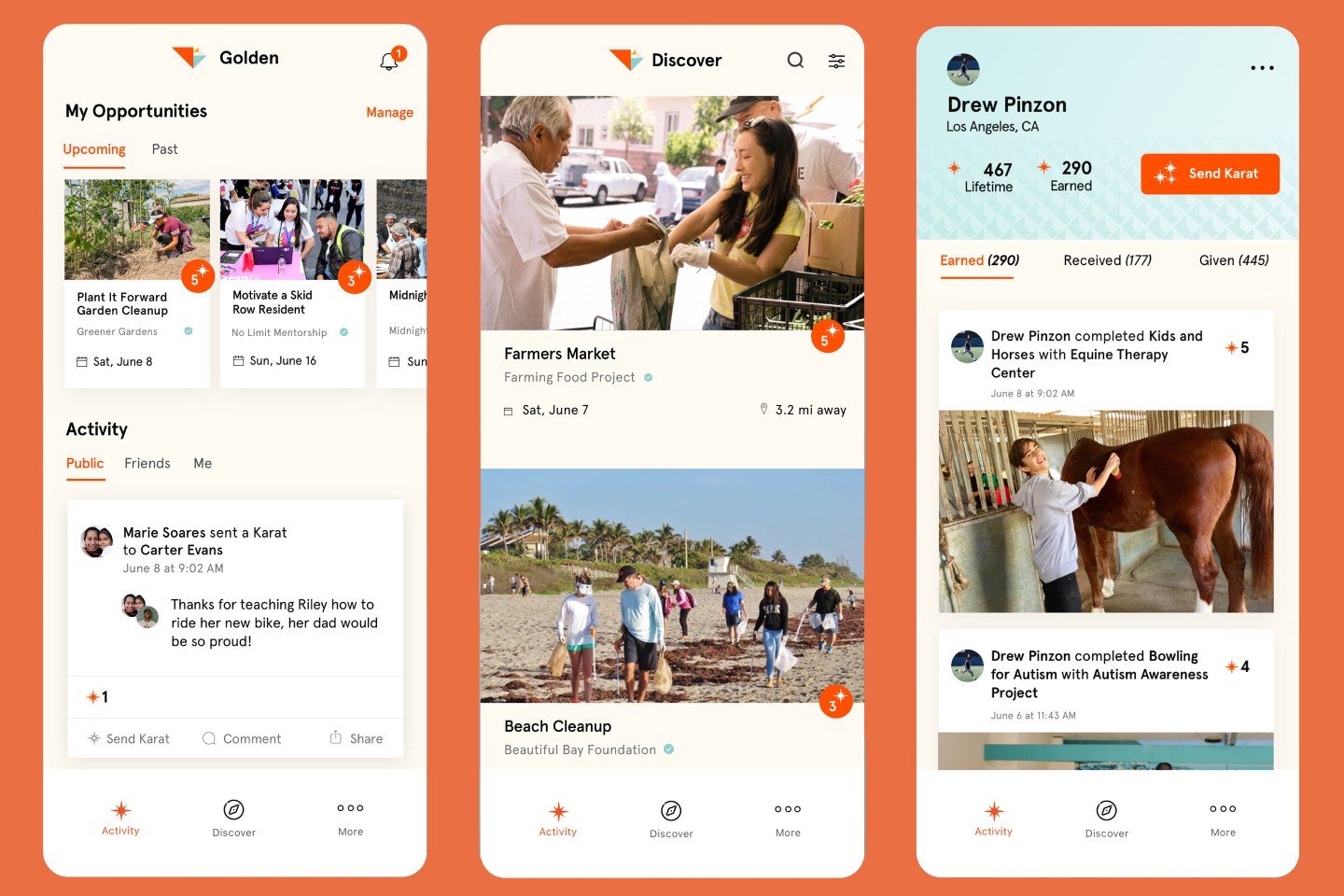 When a teenage Sam Fankuchen sought a volunteering gig in the early 2000s, his feel-good quest quickly turned to frustration: It was hard to find an organization that matched his skills and, when he did find one, it was even harder to figure out who was in charge. The whole field of volunteering felt dominated by delays and disorganization.

“I was frustrated with how much work it was to try and volunteer. I went through school, religious groups, and family, but I could rarely find an opportunity,” says Fankuchen. “And when I did, the reality never matched what the opportunity described.”

Years later, Fankuchen, who became the first to major in social entrepreneurship at Stanford, channeled this frustration into building Golden, a startup that relies on technology to match volunteers with organizations that need them.

Today, Fankuchen’s firm operates much like a Silicon Valley software company—using algorithms and A.I. to sift through thousands of volunteers by skill level and find them opportunities at large charities, small nonprofits, or disaster relief efforts. The company is also built with a mobile-first mentality, letting people easily find volunteering gigs with an app.

All of this helps those looking to do good find the right forum. But it also reduces the time organizations expend on well-meaning but unqualified volunteers—a common problem for charitable outfits besieged with help they don’t need.

Golden has also introduced another feature that mimics the tech industry. Namely, it offers a social media feature that lets volunteers earn and share rewards called “karats,” which can be used as raffle tickets to enter draws for plum prizes like Disney trips, courtside Los Angeles Lakers tickets, and meetups with Grammy winner Billie Eilish.

The rise of Golden—whose clients include a publicly traded social network and a global bank—is part of a larger shift in the world of volunteering. Instead of relying on the haphazard efforts of well-meaning individuals, the field has become increasingly technical and professionalized—especially when it comes to the workplace.

A recent report underwritten by the Bill and Melinda Gates Foundation describes dozens of companies, including Golden, that offer software to help organizations make volunteering and philanthropy more efficient.

“It used to be very ad hoc, with an individual taking on all the trouble of matching people’s passions and values with nonprofits. Today, it’s almost like we have Tinder for corporate volunteering,” says Mina Askovic, a Ph.D. student who researches volunteering at the University of Sydney Business School.

Askovic added that the alternatives to using one of the volunteering platforms is “a spreadsheet” and that some large companies, including Salesforce, have even built software of their own to facilitate employee volunteering.

For some companies, the software platforms also serve as a way to track and reward employees for volunteer hours they log—a benefit that Askovic says has become an expectation for many millennials.

The growth of volunteering services driven by technology has also resulted in more for-profit companies operating in what has traditionally been a nonprofit sector. These include Benevity, a Canada-based startup that boasts of processing more than 23 million hours of volunteer time, as well as charitable donations, for hundreds of thousands of causes. Benevity is a certified B-Corporation—a designation also enjoyed by the likes of Etsy and Patagonia—which obliges it to adhere to high ethical and environmental standards. But Benevity has also raised $69 million in investments, including from private equity giants General Atlantic and JMI Equity.

This might raise the question of whether the profit motive that comes with such investments might conflict with the spirit of volunteering, but Fankuchen doesn’t see a contradiction. While Golden is dedicated to growing revenues and pursuing a profit—Fankuchen declined to provide any details about his company’s financials—he believes the company is ultimately a force for good.

“We believe strongly in the for-profit model. It delivers the technology that we know will deliver better outcomes quickly, but this also requires capital for things like R&D and helping organizations integrate their software with third parties,” he says.