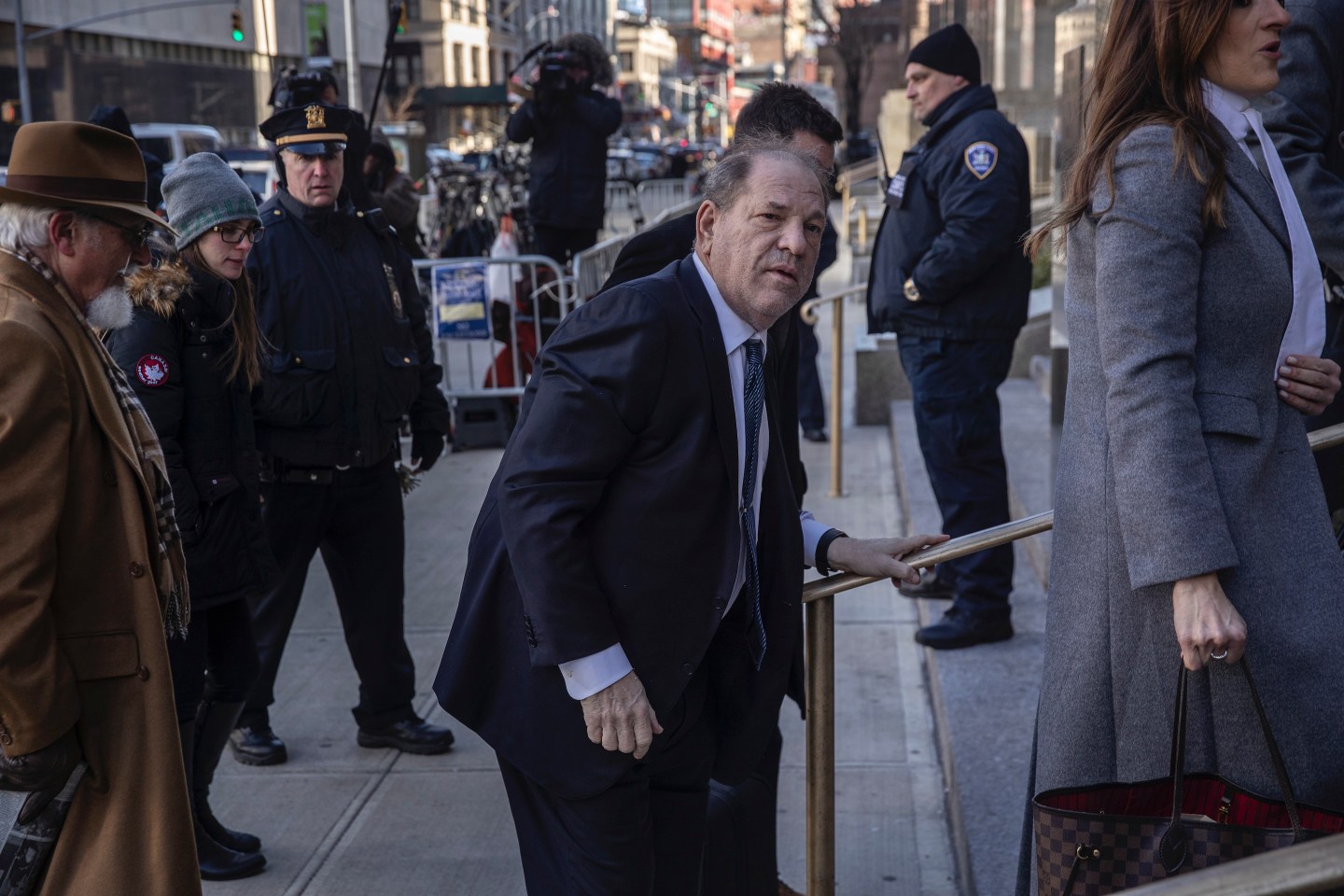 The jury in Harvey Weinstein’s rape trial indicated Friday that it is deadlocked on the most serious charges, but the judge told the panel it must keep working.

In a note to the judge late in the fourth day of deliberations, jurors asked if it was permissible for them to be hung on one or both counts of predatory sexual assault while reaching a unanimous verdict on the other charges on their complicated verdict sheet.

Weinstein’s lawyers said they would accept a partial verdict, but prosecutors said no and Judge James Burke refused to allow it. He sent jurors back to deliberate for a few more minutes before letting them go home for the weekend. They’ll resume Monday morning.

“Just remember you are in a critical stage, you are in the process of deliberations and you are not sequestered,” Burke told the panel of seven men and five women.

The jury has been particularly focused on the key aspect of the predatory sexual assault counts that Weinstein is facing: “Sopranos” actress Annabella Sciorra’s allegations that Weinstein raped and forcibly performed oral sex on her in the mid-1990s. Those charges carry a maximum penalty of life in prison.

In all, Weinstein, 67, is charged with five counts stemming from the allegations of Sciorra and two other women — an aspiring actress who says he raped her in March 2013 and a former film and TV production assistant, Mimi Haleyi, who says he forcibly performed oral sex on her in March 2006.

To convict Weinstein of a predatory sexual assault charge, jurors must agree on two things: that Weinstein sexually assaulted Sciorrain some way and that he committed one of the other charged offenses. The predatory sexual assault charge requires prosecutors to show that a defendant committed a prior rape or other sex crime, but doesn’t have the statue of limitation constraints that would bar Sciorra’s allegations from consideration on their own.

Weinstein has maintained any sexual encounters were consensual.

The Associated Press has a policy of not publishing the names of people who allege sexual assault without their consent. It is withholding the name of the 2013 rape accuser because it isn’t clear whether she wishes to be identified publicly.

Jurors started the day Friday by listening to a reading of Sciorra’s cross-examination and follow-up questioning by prosecutors. About 90 minutes into the reading, the jurors notified the judge they had “heard enough” and resumed their deliberations.

Sciorra testified nearly a month ago. She was the first accuser to do so in the closely watched #MeToo trial.

The jury has already focused on emails that Weinstein sent regarding Sciorra, including ones to the private Israeli spy agency he allegedly enlisted to dig up dirt on would-be accusers as reporters were working on stories about allegations against him in 2017.

Sciorra, now 59, told jurors how the once-powerful movie mogul showed up unexpectedly at the door of her Manhattan apartment before barging in and raping and forcibly performing oral sex on her in late 1993 or early 1994.

On cross-examination, Sciorra was grilled about why she opened her door in the first place and didn’t find a way to escape if she was under attack.

Weinstein lawyer Donna Rotunno asked: “Why didn’t you try to run out of the apartment? Did you scratch him? Try to poke him in the eyes?”

Prosecutors say Sciorra weighed only about 110 pounds (50 kilograms) in those days, making her no match for the 300-pound (135-kilogram) Weinstein.

“He was too big” to fight off, she told the jury. “He was frightening.”

Sciorra went public in a story in The New Yorker in October 2017 after one of the few people she says she told about the incident, actress Rosie Perez, got word to reporter Ronan Farrow that he should call her.

Sciorra didn’t get involved in the criminal case until later. Her allegations weren’t part of the original indictment when Weinstein was arrested in May 2018, but after some legal shuffling they were included in an updated one last August.

Weinstein’s lawyers fought to get her nixed from the case in the run-up to the trial, arguing to no avail that prosecutors shouldn’t be allowed to use her claims because they predated the enactment of the predatory sexual assault charge in 2006.

Weinstein’s lawyers have also argued that it’s plainly unfair to make the producer defend himself against something alleged to have happened more than a quarter-century ago. They contend prosecutors shoehorned Sciorra into the case to get a marquee name on the witness stand.