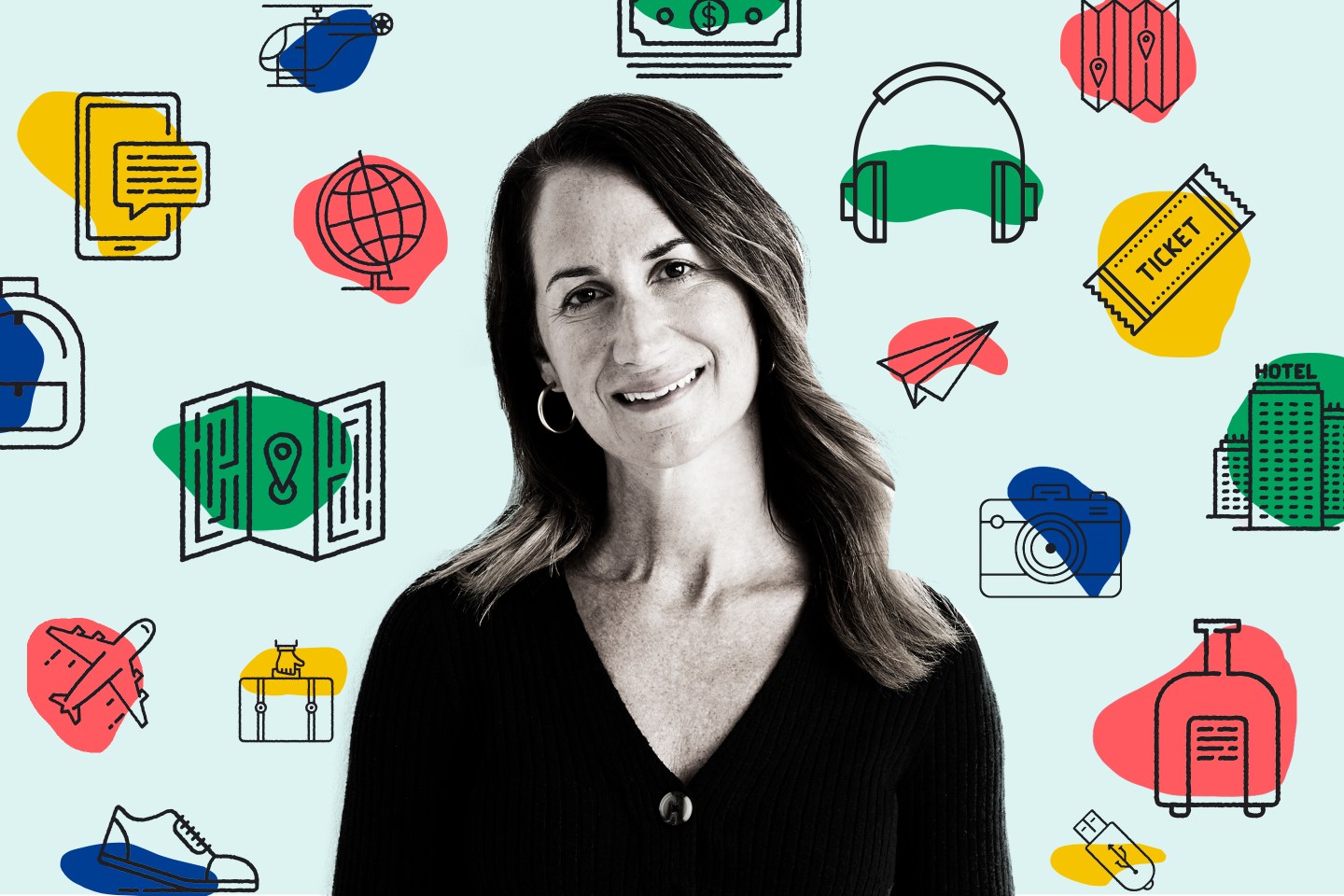 Every morning, Libby Wadle likes to follow a routine: wake up her two young children, make sure they’re dressed and fed, then send them to school before heading to work—and that’s pretty much where the consistency ends.

As Madewell’s first-ever CEO, Wadle is laser-focused on aggressively expanding the brand, which is set for an IPO later this quarter. Ever since J.Crew Group relaunched Madewell in 2006 after acquiring it from its original 1937 founder, the brand has largely been perceived as J.Crew’s younger sister, with a strong focus on high-quality denim. That clear vision has certainly resonated with a younger female audience—including celebrities like Taylor Swift and actress Emma Roberts—driving Madewell sales, which rose 13% year over year during the company’s fourth quarter last year to $151.6 million. J.Crew also plans on spinning off the brand for an IPO some time during the first quarter of this year.

Much of Madewell’s success is due to Wadle herself, who previously spent 12 years as president of J.Crew and carves out time once a month to travel to any one of Madewell’s 130-plus stores across the U.S. to ensure they’re running smoothly. While on the road, she also likes to hold what she calls “coffee talks,” meetings with groups of between 15 and 20 store directors to solicit feedback.

“I literally pick the questions out of a bag that they thought about and they wanted to ask,” explains Wadle. “You really get a sense of what’s on their mind and what’s important to them based on the topics that keep coming up. It’s a good gut check if you really focus on the right thing, because then you really get to bring that back to your team here and make sure that the team knows that the customer is asking about, say, sustainability or that the customer is just about a certain product category.”

Given her road warrior status, Wadle has assembled a particular group of must-have items she takes with her everywhere she travels.

Here, in her own words, are the five things Madewell’s chief executive never travels without:

“Because most airlines and countries haven’t caught on to the milk-alternative trend yet, I always pack these dairy creamer pods,” Wadle says. “I’m nondairy, because dairy doesn’t make me feel great, but we won’t get into that! They pass the liquid security requirements, and I also pack them in my carry-on for longer trips. I mean, sometimes there’s soy, but I don’t care for soy. I’m just shocked that it’s everywhere at this point, but not in the air.” SRP: $5.78 for two.

“I’m a big fan of clean beauty, and Josh Rosebrook Hydrating Accelerator Mist is my go-to for waking up your skin after a long, drying flight,” Wadle explains. “With most mists, you just get wet. Your hair gets wet. This is a true kind of moisturizer and toner, and you can have some makeup on, and you put it on. It doesn’t ruin anything. You don’t feel like you just doused your face with water, and you don’t have to rub it in. It’s just a nice little freshen-up wake-up. Really, it’s the only kind of indulgence I do like that, but I do carry it in my little pouch in my bag.” SRP: $35.

My Tumi Voyageur “Just in Case”

“I like to pack light, but I also love to find local goods along the way,” Wadle says. “My Tumi Voyageur ‘Just in Case’ packable tote easily folds into a flat pouch for packing ease and is sturdy enough to be checked if needed. I may stuff my work bag in there along with all the excess things that I may have bought, and it houses your check-in carry-on. It’s an incredibly versatile bag, and I always bring it when I travel to places where I know there’s a good possibility I might shop as well, which is most of the places I go. It’s genius for carrying home all of your excess goodies!” SRP: $100.

“I love traveling in a sweat suit, but please don’t tell my Nana Laura, who always said to dress up for a flight!” jokes Wadle. “This Madewell sweat suit is super cozy while keeping you looking refined and chic on a long-haul flight.” SRP: $49.50 for the sweatpants; $44.99 for the sweatshirt

“There are certainly less expensive things on the market, especially right now,” says Wadle. “So it [the Rimowa Cabin] was definitely, to me, a very luxury purchase. But as my travels started to ramp up, traveling without checking in luggage has just become very critical for me—to get in and out of the airport as quickly as possible. (It’s really important to cut down on that travel time.) So I gave it a try, and, I mean, you can appreciate that you literally can lift your finger on it, and it just goes. It never falls over, and it’s pretty compact. So we just bought the whole family of them for our family travels: The kids can actually help with the luggage when you have these suitcases, because they’re so easy. So I’m just a really giant fan. They also, by the way, weigh nothing, so you can really push the limits on the weight limit, which I like to do, because I like to make sure I have all my bases covered when packing.” SRP: $1,050.