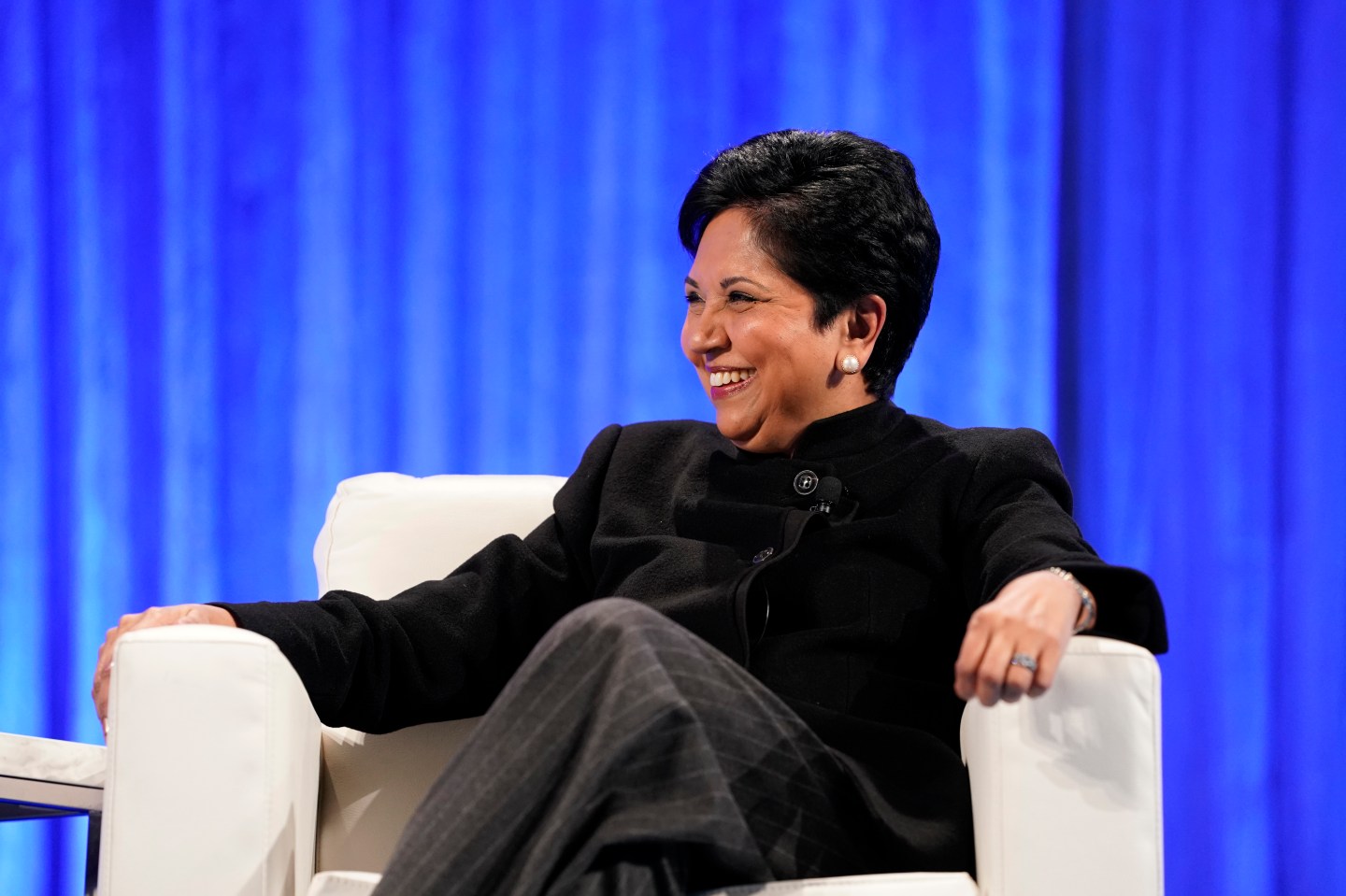 Good morning, Broadsheet readers! Wells Fargo ditches forced arbitration, Rep. Tulsi Gabbard is the only person of color left in the presidential race, and a former Fortune 500 CEO—and our colleague Michal—reflect on the importance of being mindful of how you spend your time. Have a terrific Thursday.

On some level, we all know time is precious. But sometimes the universe chooses to bring that fact home in the most… vivid of ways.

Yesterday morning, I was scheduled to interview Indra Nooyi, the former chief executive officer of PepsiCo. After getting showered and dressed, I took a quick stroll over to grab a cup of coffee when a bird pooped on my head. With no time to start from scratch, I hurried to the closest bathroom to rinse the contaminated parts of my hair in the sink as best as I could.

When I sat down with Nooyi a short while later—doing my best not to worry about the state of head—one of my first questions was about time, and how life has changed now that she has more of it.

“It’s been liberating, not having to run a company,” she told me. “I loved my job running PepsiCo, don’t get me wrong. But I was bound to a schedule, and it was PepsiCo all the time.”

Nooyi, who was in town to speak at the Watermark Conference for Women in Silicon Valley, says she’s now devoting herself to “passion projects,” like writing a book that tackles the challenges of integrating work and family life.

In some ways, she says, she is busier than ever—in addition to working on the book, the long-time CEO is a member of Amazon’s board of directors. But Nooyi also says that, if she wants to take a break during the day, she now has time to take one.

Nooyi has had a spectacular career. But in her goodbye letter to employees in 2018, she admitted that, throughout her tenure at PepsiCo, there were moments she’d wished she’d been able to spend more time with her children and family. “Think hard about time,” she wrote in her parting words to staffers.

The conversation got me thinking: How would I allocate my time differently if I could? I would like to think that I can be intentional about my time even as I journey through what is likely the busiest period of my life, both personally and professionally. But I’m also sure that some realizations can only be made in hindsight. Some level of regret is inevitable, right?

What will I regret? Not having chaperoned more of my kids’ field trips? Not having pushed myself harder at work? Not making more time to do volunteer work, or to read more books, or to floss my teeth?

A few years back, when she was still the CEO of PepsiCo, Nooyi told Fortune that balancing career with family “hurt like hell.” Maybe, when you’re the head of a Fortune 500 company that’s an unavoidable reality. But I certainly hope that’s not how I feel in the future, when I look back at this time in my life. And I wish more people who have been in Nooyi’s position spoke out about the tradeoffs, the difficulties, and the regrets, so that we might all learn from them.

I’m looking forward to reading Nooyi’s book when it comes out. But for now, if you’ll excuse me, I have to go wash my hair.

- Trump backtracks on the Treasury. Former U.S. attorney Jessie Liu headed the office that oversaw the prosecution of Roger Stone, and was also a nominee to a Treasury Department post as under secretary for terrorism and financial crimes. President Trump abruptly withdrew that nomination on Tuesday, the same day that four prosecutors involved in Stone's case resigned. CNN

- Out in the open. Wells Fargo will no longer require employees who file sexual harassment complaints to go through forced arbitration. A shareholder proposal on the issue preceded the decision—one that could influence the rest of Wall Street. Bloomberg

- Growing pains. Fortune's Polina Marinova chats with Battery Ventures general partner Chelsea Stoner, who is the first and only female partner in the firm's 35-year history. A growth investor, Stoner compares her strategy to SoftBank's: "We need to be there before SoftBank is. We need to find the companies earlier." Fortune

- Friend of Epstein. U.K. regulators are investigating the relationship between Barclays CEO Jes Staley and Jeffrey Epstein. Epstein was a client of JPMorgan's private bank, which Staley at one point led. Staley says their contact began to "taper off" after 2013 and the last time he spoke to Epstein was in 2015 (Epstein was convicted as a sex offender in 2007). "For sure, with hindsight, with what we all know now, I deeply regret having had any relationship with Jeffrey Epstein," Staley said on Thursday. The bank says that the CEO "retains the full confidence of the board." Wall Street Journal

- Pair of heirs. Miky Lee, the Parasite producer who closed out the film's best picture win at the Oscars on Sunday, is joining forces with David Ellison, son of Larry Ellison, and his company Skydance Media. Lee, the granddaughter of the founder of Samsung, will invest $275 million in the venture. In the past, she has invested in DreamWorks and opened South Korea's first multiplex cinema. Bloomberg

- McBath for Bloomberg. Georgia Rep. Lucy McBath endorsed Michael Bloomberg for president. McBath has a long history with Bloomberg, going back to the anti-gun violence activism she began after her son, Jordan Davis, was killed in 2012. Bloomberg's wealth in large part funds the gun control group Everytown for Gun Safety and its Action Fund, which spent heavily to help elect McBath to Congress. Washington Post

- Running for the exits. As candidates exited the Democratic primary race in droves following poor showings in New Hampshire, there's one development to note: The departures of Andrew Yang and Gov. Deval Patrick leave Rep. Tulsi Gabbard as the sole person of color in a race that was once historically diverse. New York Times

- Front lines of the abortion fight. Many GOP state lawmakers have introduced the past year's restrictive abortion bills in part to provoke legal challenges that could get them to the Supreme Court—which is now far more likely to issue a decision against abortion rights. The lawyers with the ACLU's Reproductive Freedom Project, profiled in this feature, are on the front lines of this fight; it's the "hardest we’ve all worked at a concentrated period of time," says deputy director Brigitte Amiri. InStyle

Why Altra signing two pregnant runners is a big deal Outside

Survivor has moved on from its #MeToo scandal. Former contestant Kellee Kim has not LA Times

"I just wanted to travel with women who enjoyed motor-biking and not shopping."

-Hayley Bell, one of 3,500 women from 79 countries who rode in the Women Riders World Relay