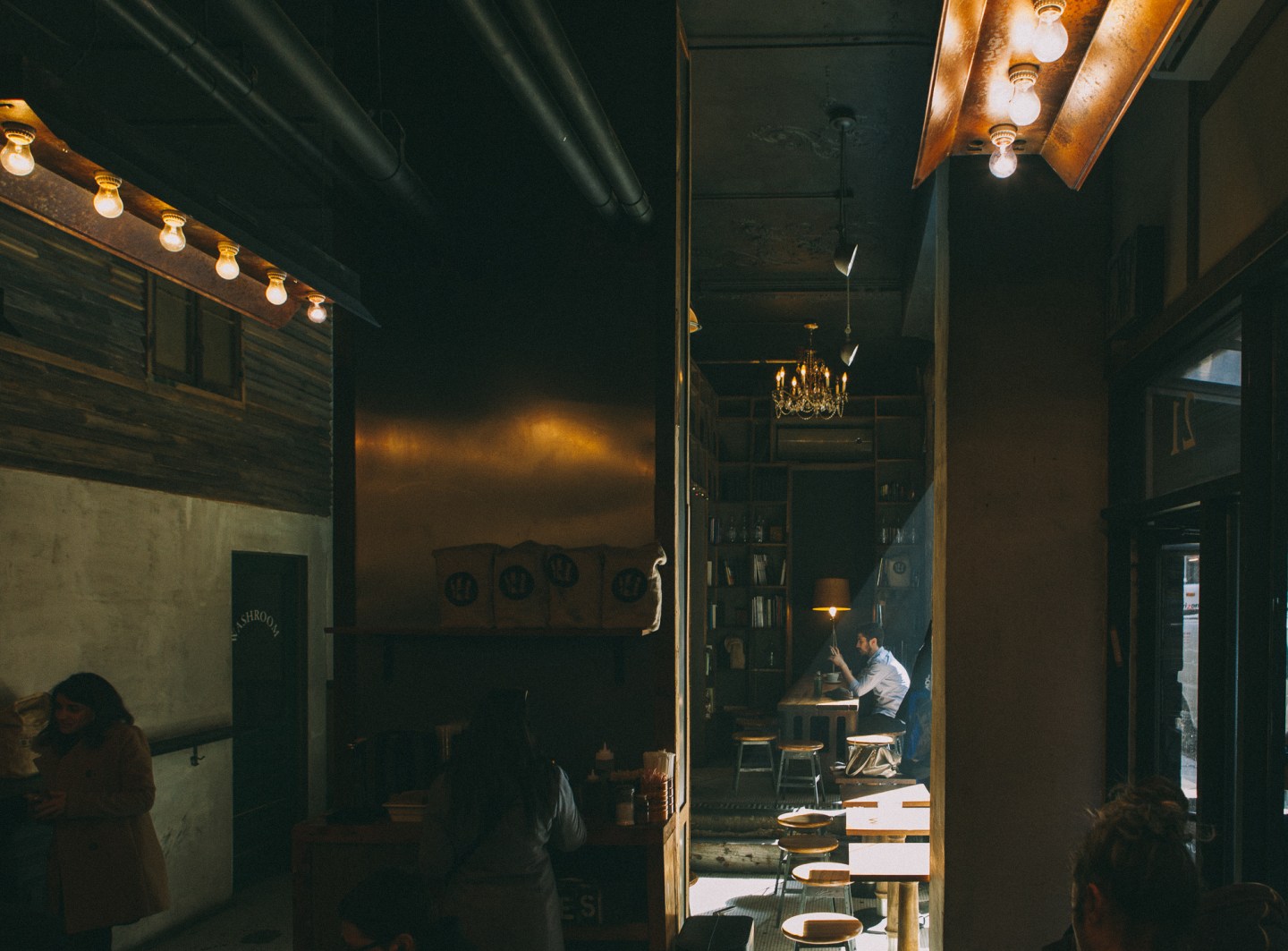 Whether it’s "Schitt’s Creek" or "Friends" popping up in the form of a themed cafe, the relationship between hospitality and Hollywood continues to blend together.
Courtesy of Birch Coffee

As Mayor Bill de Blasio poured a foamy beer out of a tap at Neir’s Tavern, a crowd of New Yorkers celebrated an unfamiliar sensation: the taste of small-business victory. When Neir’s owner Loycent Gordon announced his bar would end its 190-year run because of a lease dispute, the shuttering of a historic establishment that dates back to 1829 was enough to rile up an entire city. The fact that Neir’s served as the headquarters for Lufthansa heist planning and Johnny Roastbeef’s honeymoon celebration in Martin Scorsese’s Goodfellas only made matters worse.

Yet through a mix of public shaming, particularly the failure of a city’s landmark preservation program, Neir’s was able to attract New York’s most seasoned politicians in helping negotiate a new deal, which will at least mean five more years of people performing subpar Robert De Niro impressions.

Though the producers of Goodfellas certainly compensated Neir’s and other filming locations in their production budget—which was estimated to be $25 million—do venues deserve additional compensation once filming has ended, other than revenue generated from the occasional wayward tour group and themed burger menu?

The general consensus from industry insiders is that while the idea of consistent payments over time sounds great in principle, there’s too much temptation for a business—especially one based in hospitality—to refuse straight cash.

“I’ve booked plenty of shoots that have hit TV and film for venues. I’d take cash over royalty any day though. There’s no guarantee on the brick-and-mortar lifespan, and there’s no guarantee the media will perform, explains Joey Rubin, creative director at Parade Agency. “If it does, you’ll likely see the royalty in covers anyways.”

For a majority of venues, that notion has turned out to be true. “Of course, royalties would be great, but even without, we often have guests who come to our venues and mention that they came because they saw it on their favorite show,” noted Paul Goldstein, partner at Tao Group Hospitality. Rental fees often provide revenue during nonrevenue-generating or off-peak hours, and for the right type of venue, an endorsement by way of a fictional storyline is more than enough to build a legitimate audience with money to burn.

However, different hospitality businesses have different needs, and sometimes no amount of exposure is worth handing over your place of business to someone else for a day of chaos.

Even when they’re not serving as the actual site of a film shoot, brick-and-mortar venues are still making guests feel like they’re part of their favorite shows that filmed there.
Courtesy of Birch Coffee

New York City–based Birch Coffee has seen a steady flow of requests from location scouts and producers representing networks, including Bravo, Lifetime, and Amazon. Even when they’re not serving as the actual site of a film shoot, brick-and-mortar venues are still making guests feel like they’re part of some show.

“Moving espresso machines, cash registers, and ceiling fans for one day and getting them running for the next business day is complicated and time-consuming,” notes Jeremy Lyman, cofounder of Birch Coffee, which made an appearance in the Netflix production Set It Up.

In Los Angeles, one savvy hospitality group turned the opportunity to serve as a featured location for the film Yes Man into an interior design session. “One of the best productions deals we did in particular was for our first flagship bar, Bigfoot Lodge, located in Los Feliz Atwater Village,” recalls Bobby Green, co-owner and lead designer of the 1933 Group, a Los Angeles–based hospitality group that includes 11 bars within its portfolio. “The way we structured the deal for a major feature film not only allowed us to get the best possible compensation, but we also secured the interior decor that allowed us to expand and design a new location for the Bigfoot concept.”

During discussions, Green and co-owner Dimitri Komarov requested to review Yes Man’s script to better understand how their bar would be represented in the movie. The parties involved decided it would be more cost effective to license Bigfoot Lodge’s name and interior design instead of shutting down the business for compensation. “We looked at the percentage of time that Bigfoot Lodge was in the movie compared to the overall script to inform a licensing fee we thought was fair,” Green explains.

Inside the Bigfoot Lodge.
William Bradford

Once filming finished, the hospitality group purchased the set and used those materials to open a second location, Bigfoot West. “They sold us the props and design materials—flooring, wall decor, and dozens of wood logs—for a fraction of what it would have been for us to do it ourselves,” Green recalls.

The spaces that need a dose of Hollywood magic the most are likely the ones that have never agreed to a production deal before. Although every business will have different needs, there are a few tips experienced business owners suggest to avoid 15 hours of shame. “Say no to a flat rate, and make sure to build in the potential for overtime hours as an hourly rate,” says Komarov.

He also suggests looking into the studio that’s organizing the production and finding out the crew size, since that’s an indication of overall budget. “Truth be told, Hollywood makes enough money that they could probably find a way to give some royalties on what they know is going to be a memorable scene,” Komarov says. “But as a bar owner, I can’t expect to license every little aspect; otherwise productions would just go back to building on sound stages.”