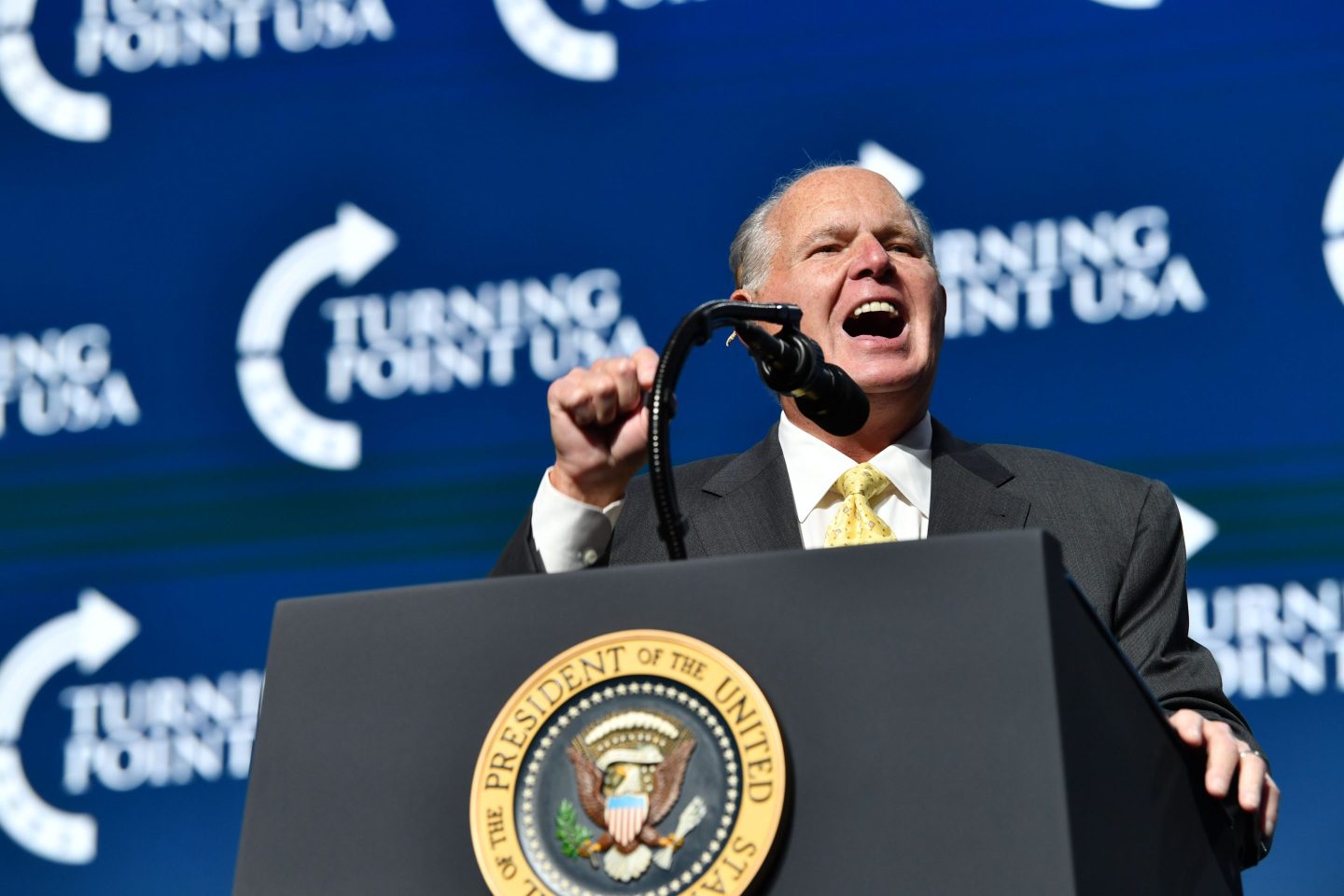 Rush Limbaugh, a fixture of conservative talk radio for decades, told listeners on Monday that he has advanced lung cancer and may miss some broadcasts while he seeks treatment.

Limbaugh said during his show that the diagnosis was confirmed by two medical institutions on Jan. 20 after he “realized something was wrong” on the weekend of his birthday, Jan. 12.

IHeartMedia, the radio giant that airs his show, confirmed the news.

“Over his last 31 years on-air he has developed a deeply personal relationship with his listeners and he intends to remain on the air, being there with his audience,” IHeart Chief Executive Officer Bob Pittman and Chief Operating Officer Rich Bressler said in a joint statement. “We know millions of people nationwide join me and all of IHeart in wishing him a full recovery.”

Limbaugh, 69, said he thought about not disclosing his condition.

“I wish I didn’t have to tell you this and I thought about not telling anybody,” he said. “I thought about trying to do this without anybody knowing, because I don’t like making things about me.”

Limbaugh, whose show has been one of the highest-rated radio programs in the U.S. over the years, warned there would be days he couldn’t come to work because he would be undergoing treatment or reacting to medical care. The show has more than 20 million listeners and is broadcast on more than 650 affiliates, according to Nielsen data cited by IHeart.

“The worst thing that can happen is when there is something going on and you try to hide it and cover it up,” he said.