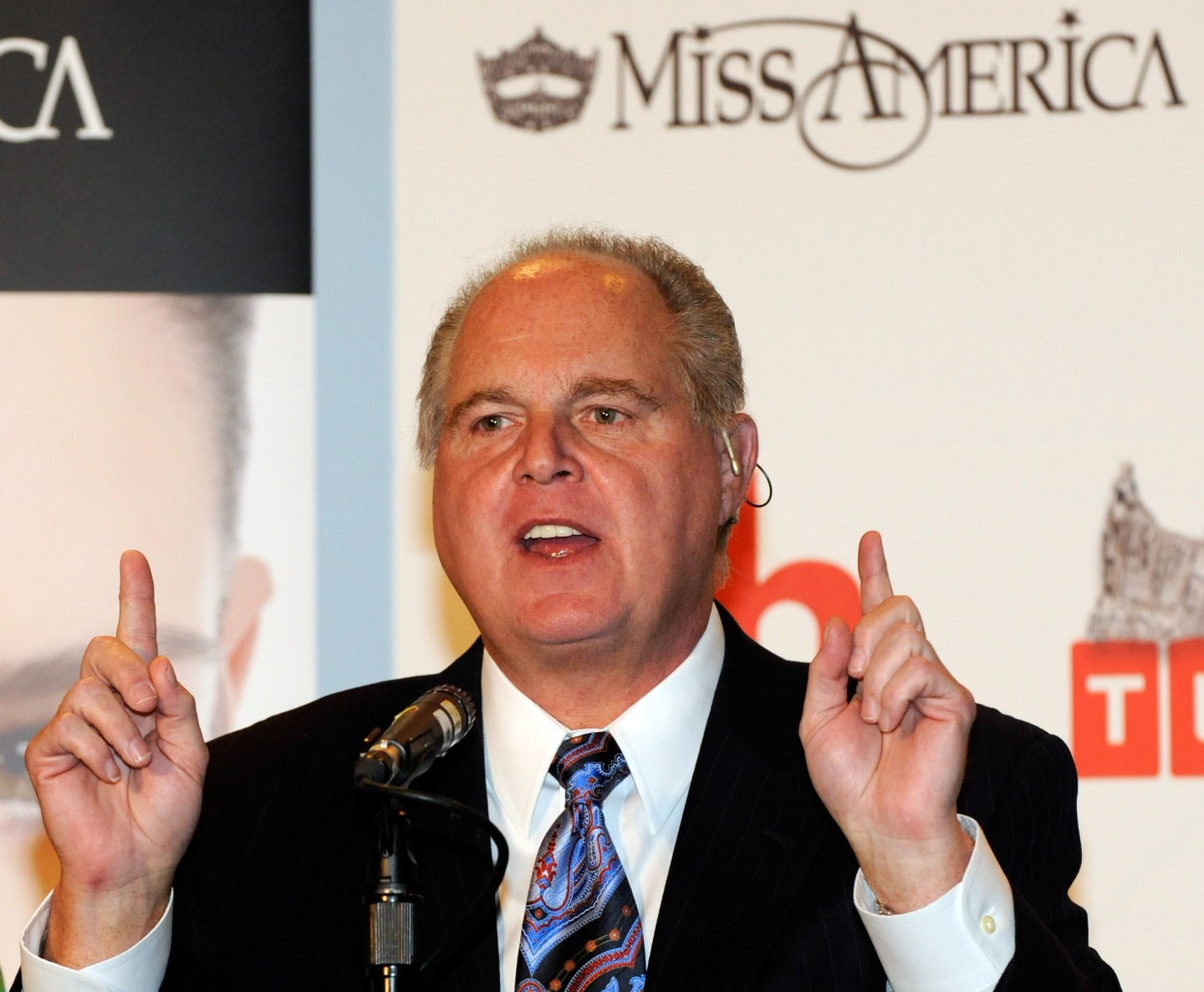 LAS VEGAS - JANUARY 27: Radio talk show host and conservative commentator Rush Limbaugh, one of the judges for the 2010 Miss America Pageant, speaks during a news conference for judges at the Planet Hollywood Resort & Casino January 27, 2010 in Las Vegas, Nevada. The pageant will be held at the resort on January 30, 2010. (Photo by Ethan Miller/Getty Images)
Photo by Ethan Miller—Getty Images

Get ready for at least another four years of The Rush Limbaugh Show.

The radio host announced on his show on Tuesday that he has renewed his contract with radio distributor iHearthMedia after some internal conflict. “I have, in the past six months, really been going back and forth on whether or not I wanted to keep doing this or move on to something else—or nothing,” Limbaugh said on the show.

“I’m thrilled to be continuing,” Limbaugh added in a company press release. “And I really want to be on the air if the Russians find Hillary’s emails.”

Neither iHeartMedia or Limbaugh have mentioned anything about how much the new contract is worth. The last time he signed a contract with the company it was an eight year deal valued at $400 million. Ethan Epstein, a writer for Politico, told CNN that he doesn’t think iHeartMedia will be “able to afford the same salary that they gave him” earlier, possibly because the show never fully recovered from an advertising boycott about four years ago. It’s also worth noting that radio as a whole is not as profitable as it once was.

Limbaugh said on his show that placing a number value on his contract would be misleading since he doesn’t earn a salary. It’s more likely that his contract involves revenue sharing and stock compensation.

Bob Pittman, CEO of iHeartMedia, seems confident about this contract renewal, saying in the press release that “The Rush Limbaugh Show is stronger than ever.” The nationally syndicated show is going into its 29th year, and has supposedly seen significant audience growth since last year.