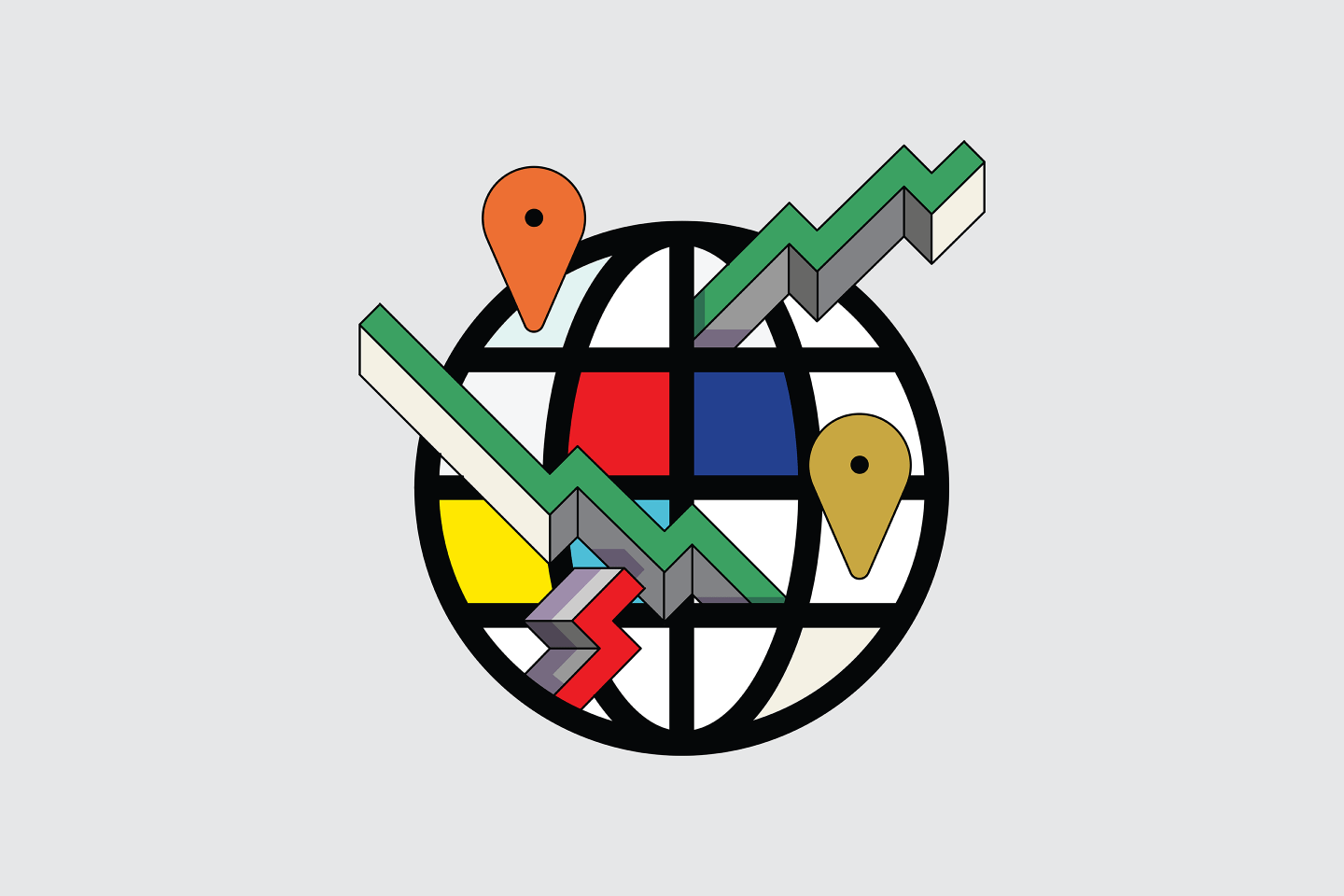 This article is part of Fortune’s quarterly investment guide for Q1 2020. Welcome to “Chasing Returns.” Each quarter we’ll bring you expert analysis on a particular investment class that’s yielding big returns—as long as you know where to look. The first stop: real estate.

Rock-bottom interest rates won’t be the only thing to keep most global real estate markets buoyant in 2020. New technologies and market innovations—ranging from smart buildings to a boom in data centers and the warehouses needed to keep pace with e-commerce growth—will be a key driver of the commercial property market in the year ahead.

But with real estate it’s never quite that simple. Shrewd investments and big returns can be found around the world, sometimes in the very markets where danger signs persist.

Rather than let you navigate the markets from Hong Kong to Austin alone, we’ve asked the experts to give us their forecast for the year ahead and share their tips. This is what they say the global property hunter should look out for.

For those seeking big returns, the threat of a global economic downturn still looms. But with many economic outlooks predicting growth to pick up in the second half of 2020, investors continue to be bullish on real estate. And that’s true in markets around the world.

One reason is demand is still so strong. According to Richard Barkham, global chief economist at real estate services firm CBRE, investment in commercial real estate weakened in 2019, by perhaps 5% in value terms. But that was more than offset by rising prices, particularly for high-quality assets such as prime offices in continental Europe and warehouses and suburban apartment buildings in the United States.

While a soft patch in the economy may persist through early 2020, interest rates were set to remain very low.

“As long as you don’t get an outright recession, that represents quite good conditions for commercial real estate. So I think pricing will remain reasonably strong. Leasing demand may ease slightly but not very much, and I could see investor demand coming back quite strongly,” Barkham told Fortune.

William Matthews, head of commercial research at real estate consultancy Knight Frank, said he expected global commercial real estate deal volumes to rise in the year ahead. And that’s because of who’s jumping into the market.

“We think that we could certainly…get back to a trillion dollars’ worth of commercial real estate transactions,” he told Fortune. “But actually it has the potential to go further because what we are seeing now is pension funds and insurance companies reallocating greater amounts of their portfolios toward property.”

After WeWork pulled its IPO last year and scaled back its ambitions, CBRE revised its forecasts for growth in U.S. flexible working space, but it still expects that market to remain hot, growing by 13% in 2020.

London-based real estate services firm Savills said that despite the negative publicity following WeWork’s aborted IPO and crash in valuation, the trend toward flexible working space is “irreversible and spreading across sectors.”

The technology industry, which accounted for 22% of leasing in the first half of 2019, should continue to dominate office demand in the U.S. in 2020, according to the CBRE U.S. market outlook. The tech industry is driving construction activity in the country’s hot tech hubs. Austin, San Jose, Salt Lake City, San Francisco, and Nashville will see the highest rates of completions due to increased demand in 2020, CBRE said.

There is a downside to e-commerce, however. It’s putting brick-and-mortar retailers under pressure in many countries. In Britain, where a number of well-known store chains have gone out of business in recent years, the retail sector faced “a perfect storm of structural, cyclical, and temporary factors, of which e-commerce is just one,” CBRE said in a separate report, forecasting a 1.8% fall in rental values for all retail in the U.K. in 2020, along with an 8.2% fall in capital values.

5. …or the cloud-computing effect

Another booming sector around the world is data centers, fueled by growth in the capacity needs of cloud service providers and to prepare for high-performance computing and 5G.

The scarcity of available land that has reliable access to fiber access points and to large quantities of high-voltage power is driving up prices here too, with one site in London selling for more than $8 million an acre, CBRE said.

A buzzword in the industry right now is proptech, short for “property technology.” The term covers everything from Internet real estate portals to 3D printing to the sensors used in buildings to drive more efficiency from the space. The systems save energy by, for example, turning off lights when rooms are empty or turning on heating only when required.

“The building itself is a source of big data, and once you get your analysts working on it, you can reconfigure space quite quickly to optimize usage,” Barkham said.

Venture capital investment in real estate tech companies hit a record $14 billion globally in the first half of 2019, according to proptech specialists at CREtech. Netherlands-based GeoPhy is one such startup crunching a vast range of data including satellite images and crime rates to devise what it calls the most accurate valuations of commercial property.

7. An Olympic feat in Paris

A huge new transit network, the Grand Paris Express, is being built in Paris, and associated development is fueling great excitement in the real estate world. The automated network, with 68 new stations and 200 kilometers (125 miles) of track, consists of a ring route around Paris and lines connecting suburbs; it is scheduled to enter operation over the next decade.

According to Savills, some 2.6 million square meters of residential and commercial real estate are planned close to the project. Paris is due to host the 2024 Olympics, which could also spur investment.

Commercial real estate transaction volume in the Asia-Pacific region totaled $34 billion in the third quarter of 2019, up 17% from the previous quarter, CBRE said in a recent report.

Sentiment remained positive with the exception of Greater China, where market sentiment had turned more cautious, (and that was even before the coronavirus outbreak this month). Foreign buyers had become more selective because of the weaker leasing market there, it said.

In Hong Kong, the U.S.-China trade conflict and months of pro-democracy protests weighed on investment during the third quarter, CBRE said. There was strong appetite among foreign investors for real estate in Japan and Singapore, the report said. British billionaire inventor James Dyson, meanwhile, spent $55 million this year on the priciest apartment in Singapore, according to Singapore’s Business Times.

9. Where to expect softness in the housing market

That’s not to say housing will be a sure thing everywhere in the year to come. As far as the global housing market is concerned, Fitch Ratings forecasts subdued home price growth in 2020–2021 due to stretched affordability, more challenging economic growth prospects, and tighter restrictions on mortgage eligibility.

“This is despite falling or very low mortgage rates, insufficient supply in major cities, and stable or improved employment levels in most countries,” Fitch said in a report in December.

One reason for the soft outlook is the recently installed $10,000 cap on state and local property taxes that Americans can deduct from their federal income tax. The penalty, a feature of the Trump tax plan that went into effect in 2018, was still weighing on higher-priced markets such as New York, New Jersey, and California.

10. A place in the sun could cost you

In selected European markets, Fitch expects the strongest housing performance in 2020 in Portugal (+6.5%) and Greece (+6%), followed by Germany, the Netherlands, and Spain, as the chart below shows.

Fitch Ratings expects house prices in Australia to rise by 5% a year in both 2020 and 2021, reversing a decline of 8.4% recorded from November 2017 to June 2019. It expects prices to flatline in major Chinese cities for the next two years because of purchasing restrictions from authorities seeking to rein in speculation. In the U.K., where confidence has been dented by wrangling over Brexit, Fitch forecast a 1% house price rise in 2020.

Fitch expects house prices to fall in nominal terms in 2020 only in Italy, due to its sluggish economy, and in Japan, where it sees a “hangover” after this summer’s Tokyo Olympics.

11. Luxury regains its luster in London

Knight Frank’s forecast for prime, or high-value, homes in 2020 sees Paris leading the way with nominal price growth of 7%, followed by Berlin and Miami at 5%. Prime real estate prices in New York are seen dropping by 3% and in Vancouver by 5%, as the table below shows.

In markets such as Dubai and New York, lots of new inventory from developers had also put downward pressure on pricing, said Liam Bailey, global head of research at Knight Frank.

House prices in parts of London have fallen by as much as 25% in the past four years as the market was hit by Brexit uncertainty and rises in property taxes, but Bailey said he detected signs of a turning point after Prime Minister Boris Johnson’s Conservatives won a big majority in the December election, clearing away doubts over whether the U.K. would actually leave the European Union.

“No other market has fallen as far or as fast as the London market, and it’s created a real opportunity,” Bailey said. “We’ve actually got a majority government for the first time in a long time with a decent mandate. That is giving confidence to the market, and we are already seeing an uptick in activity in terms of sales volumes.”

12. REITs: where to invest in the hot real estate markets

Apart from buying houses to rent out, or stockpiling shares in home-builders, private investors can gain exposure to real estate by investing in real estate investment trusts (REITs), which trade on stock exchanges and pay dividends. REITs may invest in either property or mortgages (or a mixture of both), and they often specialize in particular types of real estate, such as hotels or malls.

According to National Association of Real Estate Investment Trusts (Nareit), the REITs sector in 2019 posted its best investment performance in five years. As the chart below shows, the returns for REITS—if you knew where to look—in 2019 were impressive.

“The outlook for REITs in 2020 remains favorable. We expect modest economic growth and see few signs of recession on the horizon. Real estate markets enjoy low vacancy rates and a balance of new supply and growing demand, supporting rent growth and REIT earnings in the year ahead. Watch out, however, for rising vacancies or slowing rent growth,” said Nareit in a recent report.

In its 2020 real estate outlook, Fidelity concurs. One of the world’s biggest asset managers, Fidelity says that traditional REIT segments such as retail, apartments, and offices are giving way to new categories, including single-family home rentals and data centers. It also singled out self-storage and healthcare REITs as promising sectors.