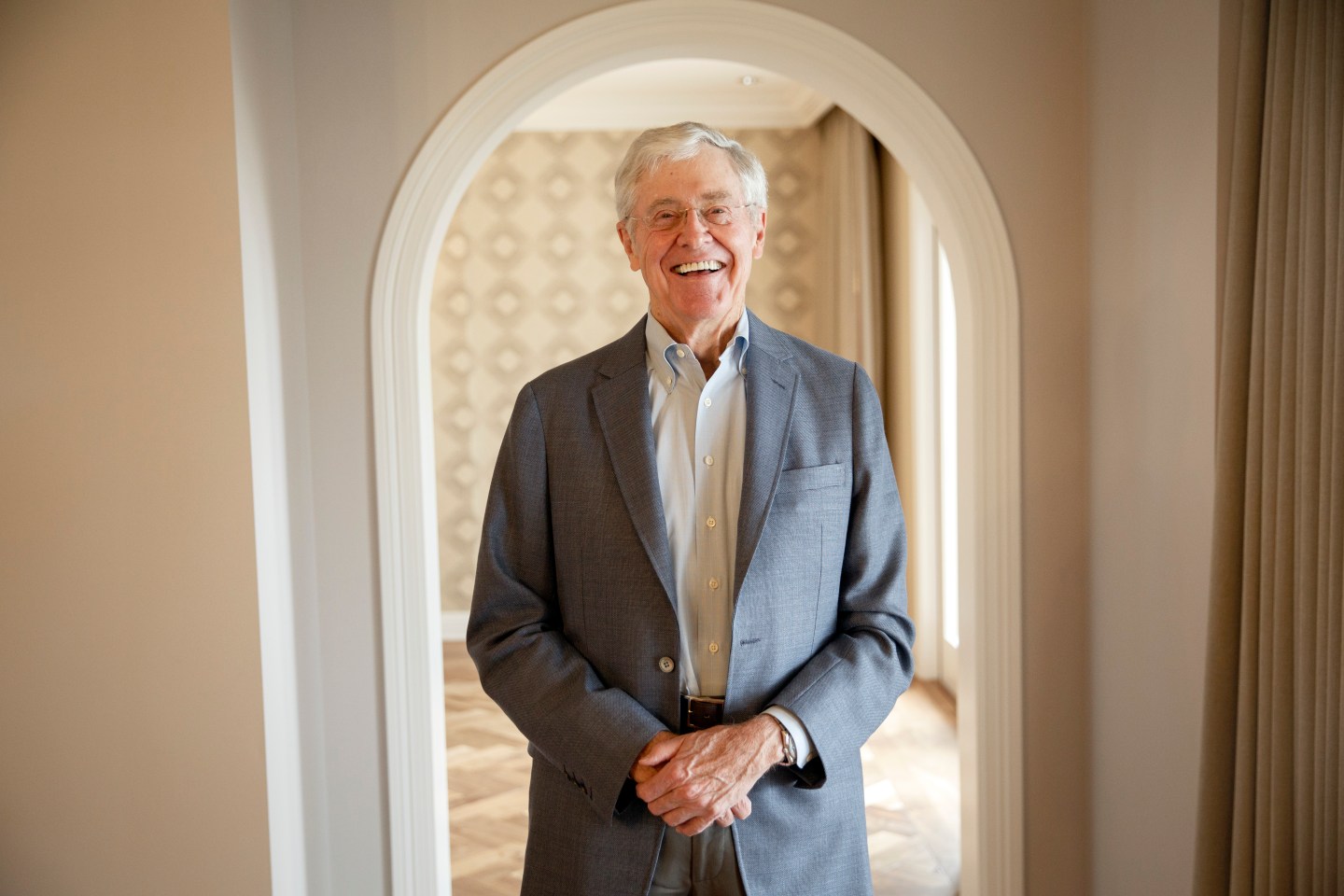 The Koch political network is advising tech companies that have come under fire in Washington that they should act as good stewards of data but resist pressure to police political ads or give the government access to encrypted devices.

After the group spent years defending business and telling the government to stand back, it released principles on Monday that press companies to change their behavior. They call on firms to be “responsible stewards of the data they collect, use, store, and share,” post clear data-use policies, and be transparent about problems.

“At a time when the tech industry is under increasing scrutiny from D.C., we think it’s critical that companies remain committed to a principled approach,” said Jesse Blumenthal, vice president of technology and innovation at Stand Together.

The manifesto is a further sign that the network of political groups and non-profits founded by billionaire industrialist Charles Koch and his late brother, David Koch, is shifting its focus away from the Tea Party-style politics it helped create a decade ago, which experts say gave rise to a more nationalist, populist Republican Party — and President Donald Trump.

Now, the Koch-affiliated groups are increasingly emphasizing tech policy. Charles Koch, 84, is courting the mostly liberal denizens of Silicon Valley. His son, Chase, 42, is pouring money into tech startups as part of an initiative to diversify the family business, many of whose products are derived from fossil fuels. The younger Koch is “interested in helping to shape our vision across issue areas, including tech,” said Jim Fellinger, spokesman for Stand Together, the umbrella name for the Koch network.

Blumenthal praised Facebook Inc. for its controversial decision to leave its political-ads policy intact and not fact-check the ads in the name of free speech. He also said Apple Inc. was right to oppose the U.S.’s renewed push for so-called back doors into encrypted iPhones.

The Koch organizations have broken from Trump over several high-profile issues, including trade and immigration. They have backed away from supporting some Republicans and focused on issues, such as criminal-justice reform, with more bipartisan appeal. The splits have diminished the network’s clout in conservative circles.

The group said it will promote its principles in Washington through Facebook and Twitter ads. Blumenthal said it will also refer to them in future statements, conversations with lawmakers and interactions with the companies themselves.

Aside from data stewardship, free speech and surveillance, the Koch document also wants corporations to push back on government regulation and embrace emerging technologies.

Companies should also stop seeking special deals from government, Blumenthal said, adding that the U.S. risks losing its global leadership to countries like Russia and China if the tech sector backs away from free-market ideals.

The principles come as many lawmakers, regulators and consumer groups have expressed frustration with internet companies’ privacy lapses, alleged anti-competitive practices and controversial content that users post or advertise.

Some companies and trade groups argue that the industry should accept light regulation on privacy and artificial intelligence as a way to fend off more onerous rules. In a sign that the Kochs remain true to their libertarian roots, Blumenthal said that such proposals concede too much on important issues.

The group’s document urges companies to defend free speech in particular. Last year, Twitter announced it was ending political ads, and Google’s YouTube has moved to limit political ad targeting, both in response to concerns about election misinformation.

Lawmakers and civil rights groups have argued that the platforms have allowed politicians and foreign actors to spread misinformation — a concern Twitter Chief Executive Officer Jack Dorsey acknowledged in his company’s announcement.

The tech sector should also hold the line against warrantless government surveillance and access to encrypted data, the principles say. The Trump administration’s recent push on the issue has focused on an iPhone used by the gunman in a December terrorist attack. Blumenthal praised the Cupertino, California-based phone maker for being among “businesses standing up to government and productively saying no.”

—Seattle area election puts mobile, online voting to its first big test in the U.S.
—5 surprising consequences from a decade of Citizens United
—Understanding the 2020 election as brand marketing
—Why so many 2020 presidential contenders are running for the exit early
—Millions have been purged from voter rolls—and may not even realize it