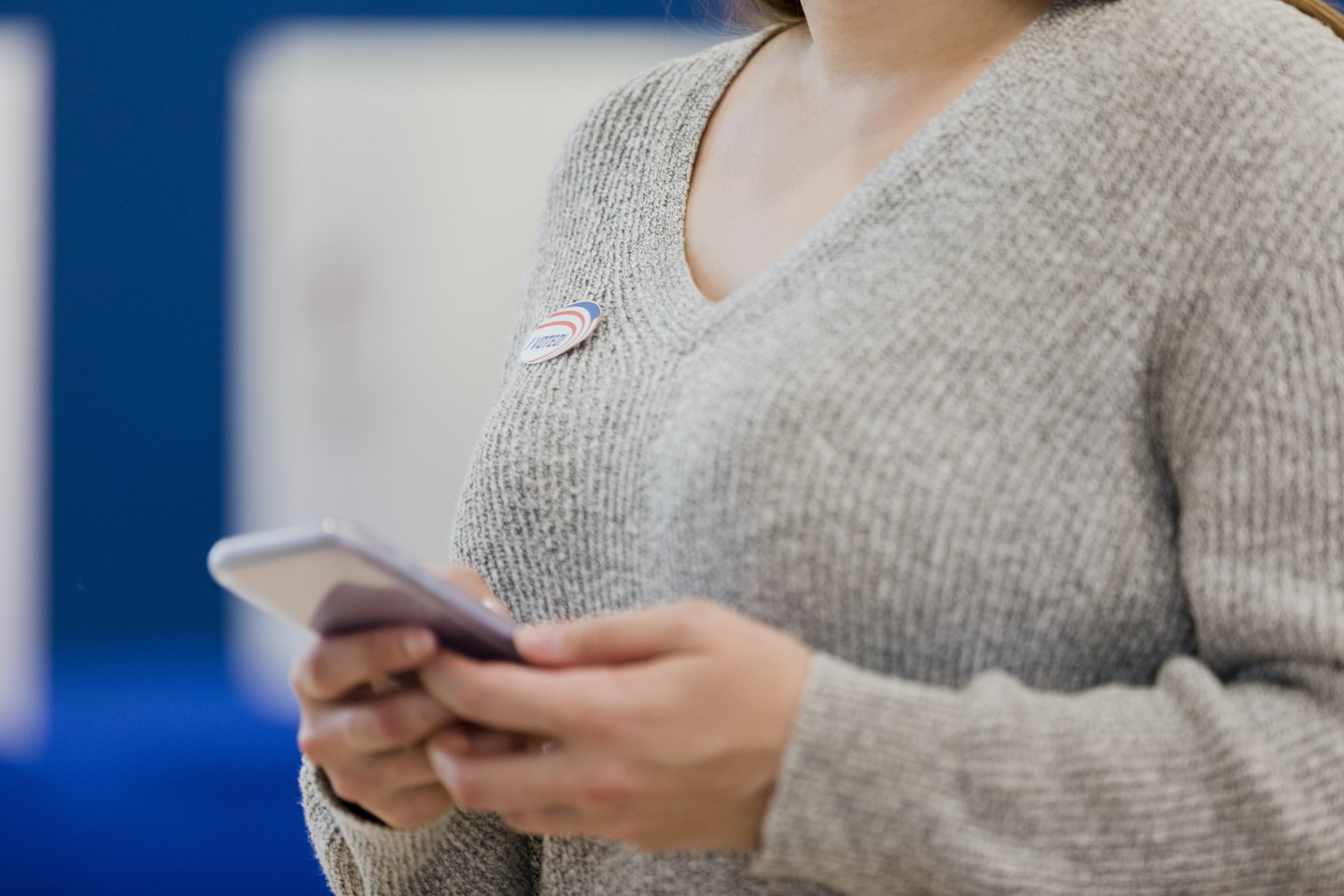 For the first time ever in the U.S., all eligible voters were able to cast their ballots via smartphone Wednesday, having their say via mobile in a King County, Wash. local election in that runs until February 11. The election, which is open to 1.2 million voters in the area that includes Seattle, is being watched closely, since it could help inform how other jurisdictions potentially roll out mobile voting in future elections.

King County’s decision to try mobile voting was motivated by cost and the desire to boost voter turnout in an election that historically has a turnout rate of less than 1%. The election is for the King County Conservation District board of supervisors, which is a volunteer position.

State law requires the conservation district hold an election in the first quarter of the year. Sending out 1.2 million paper ballots to voters is cost prohibitive, so in previous elections, voters who wanted to participate had to go online to request a ballot, print it out, and then mail it in, turning voting into a cumbersome process.

Bradley Tusk, founder and CEO of Tusk Philanthropies, the nonprofit that is partnering with King County to deploy mobile voting, says the smartphone election is an experiment that could help chart the future of mobile voting in other jurisdictions.

“There are two big tests of mobile voting here: security and turnout,” Tusk tells Fortune. “There were abut 3,400 votes last year, so my hope is to at least triple that and get to 10,000.”

“If everything goes smoothly and a lot more people vote, this should give other municipalities and jurisdictions the confidence to move forward,” he adds.

The process to cast a ballot in this election is simple: Voters visit the election’s online voting portal, run by Seattle-based Democracy Live, and log in using their name and date of birth. They then receive a ballot that must be completed using a touch screen device. They sign their ballot using the touchscreen, and their signature is compared to one on file with the county. (It’s unclear how closely signatures would be matched, since signing with an index finger on a smartphone doesn’t always mirror the way a person signs their name using a pen and paper.)

Counties in Utah, West Virginia, and Colorado have previously offered mobile voting, but only to residents who are disabled or are members of the military stationed away from home.

While voting via mobile phone is being hailed by some as the way to save democracy by boosting voter turnout, others have expressed concern about hackers interfering with an election.

Washington State Secretary of State Kim Wyman doesn’t oversee the conservation district’s elections, but said she would be watching the voting process closely.

“Cyber experts I have worked with, including the FBI, the Department of Homeland Security, and the Washington National Guard, overwhelmingly have identified electronic transmission as too risky for voting and could leave voter information and election infrastructure impaired,” Wyman said in a statement Wednesday. “As the chief election officer for the state of Washington, I’m not willing to take that risk.”

Andre McGregor, a former special cyber agent with the FBI and manager for the security practice at ShiftState, the outside security company auditing this election, says his team tried to hack Democracy Live.

“Each mobile voting technology undergoes a lengthy application review and network penetration test, where each line of code is reviewed for vulnerabilities and a team is deployed to attempt to carry out both internal and external hacking of the system,” he tells Fortune.

Based on ShiftState’s review, McGregor says Democracy Live added alerts on key events in the system, such as detecting if someone attempted to submit multiple ballots.

Tusk, who wants to champion mobile voting in more jurisdictions, acknowledges there will always be questions about security, but says he is confident mobile voting will be a net positive that could help boost voter turnaround around the U.S.

“I don’t see how we survive as a country if we can’t fix this underlying problem [of low voter turnout],” he says. “Since we already have the technology in our pockets, it’s worth a try.”

—A.I. in China: TikTok is just the beginning
—Inside big tech’s quest for human-level A.I.
—Medicine by machine: Is A.I. the cure for the world’s ailing drug industry?
—A.I. breakthroughs in natural-language processing are big for business
—A.I. is transforming the job interview—and everything after