Understanding the 2020 election as brand marketing 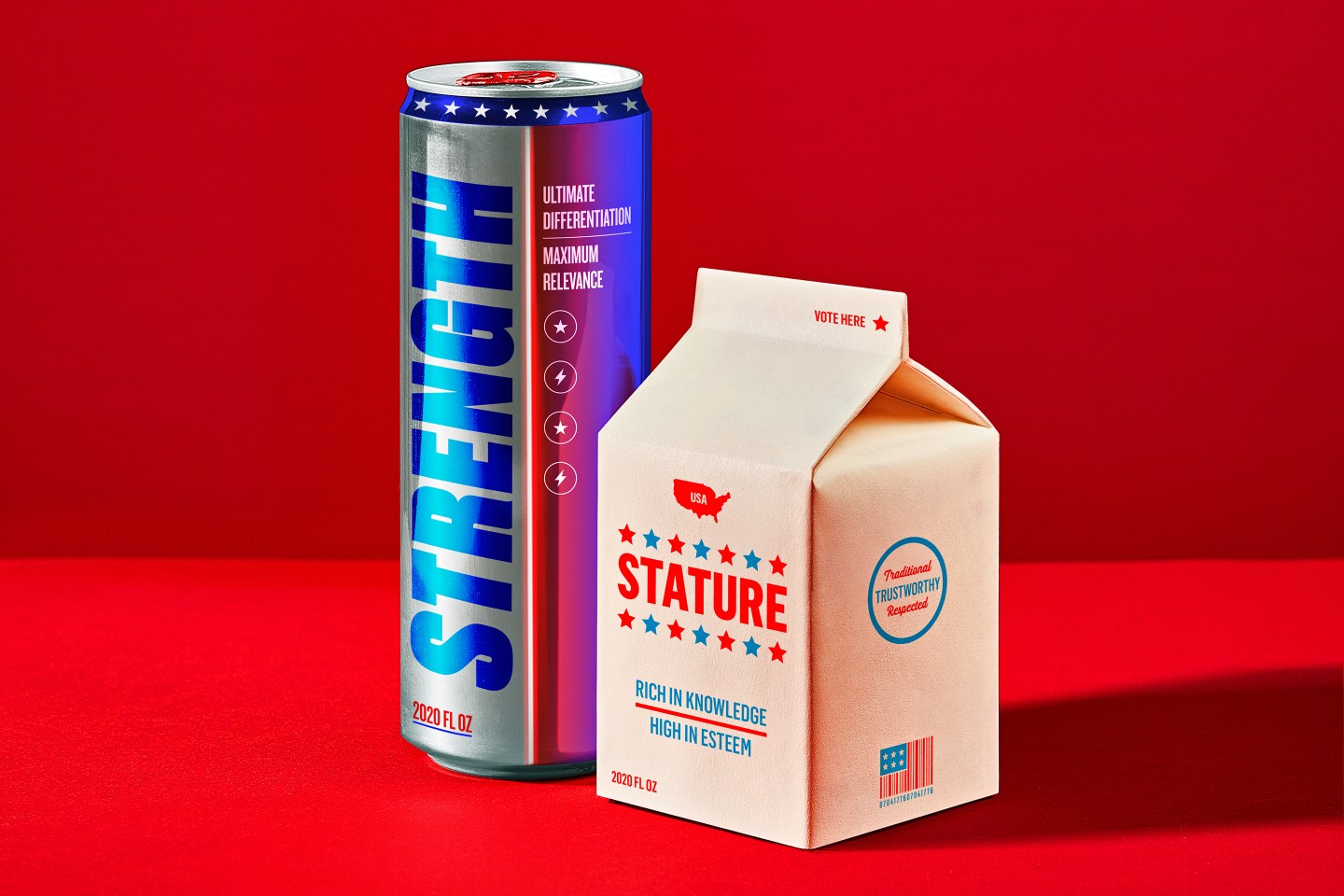 Why did virtually every top pollster and pundit get the 2016 election screamingly wrong? On election eve, the New York Times analytical unit and the PredictWise prediction market aggregator showed Hillary Clinton winning by wide margins. ­FiveThirtyEight gave her a 71% chance of winning. The ­Princeton Election Consortium’s Sam Wang put the probability at 93% and said he’d “eat a bug” if Donald Trump won; Wang later ate a cricket on CNN. Even Trump’s staff didn’t think he could capture the White House. A senior campaign staffer told CNN on election night, “It will take a miracle for us to win.”

Yet a radically different kind of analysis, entirely overlooked at the time, got it right. This assessment considered the candidates not as politicians or even as people but rather as brands to be marketed, like cars or toothpaste. It showed that Trump was a far stronger candidate than Clinton, especially in key swing states. This analysis promises to be a powerful tool again in this election, explaining what propelled Pete Buttigieg into the top tier of Democrats, why Joe Biden looks worryingly Clintonesque, and why Trump remains by far the dominant candidate.

The framework was developed almost 30 years ago at the Young & Rubicam ad agency (now VMLY&R and BAV Group within the advertising giant WPP) and is still used widely. It gauges brands on two dimensions: brand stature, determined by how well-known and well-liked a brand is, and brand strength, based on a brand’s differentiation and relevance. Brand marketing amateurs might reasonably assume that brand stature is most important. But it isn’t. It counts for little without brand strength, which must be achieved first and is far more elusive. Achieving it, says a VMLY&R document, is “the central challenge of every brand.”

Now think back to 2015, when 17 Republican candidates were standing on a stage. Who was the most differentiated? And who was the most relevant to the lives of consumers? It was Trump by a mile on both measures.

In the general election, VMLY&R polling showed that Trump and Clinton were about equal in brand stature (high) but that Trump’s brand strength was extremely high, while Clinton’s was low. She wasn’t clearly differentiated; “Clinton was very similar to all other politicians,” a VMLY&R analysis concluded. As for relevance: Everyone remembers Trump’s slogan, but can you remember Clinton’s? (It was the bland “Stronger Together.”) Michael Sussman, CEO of BAV Group, says high-stature, low-strength brands like hers are in a category called “commodity or eroded.” By contrast, Trump’s brand strength is practically off the chart, and his brand stature remains high. He’s in the “leadership” category, filled with outperforming brands such as Apple and Disney.

It’s true that in 2016 brand Hillary got more votes than brand Trump. But both campaigns knew the rules of the electoral system. Clinton’s brand stature seemingly gave her a lock on the big industrial states that Obama had won in 2008 and 2012: Pennsylvania, Ohio, Michigan, and Wisconsin. But Trump won all of them in 2016. Brand strength—the fact that he was perceived as differentiated and relevant—carried the day. Trump’s high brand stature may seem a mystery in light of his low approval ratings. But while they’re low by historical standards, says FiveThirtyEight, his favorable percentages are about the same as Barack Obama’s were at the same point in his first term, in the low to mid-40s. They’re also about the same as the current ratings of the dominant Democratic challenger, Joe Biden, according to the RealClearPolitics average of polls. In addition, since brand stature depends not just on esteem for the brand but also on knowledge of it, Trump’s TV-based fame is a powerful advantage over all other candidates. In mid-2015, barely a month after declaring his candidacy, his name recognition was 92%, a Gallup poll found, the same as Joe Biden’s is today, says the Morning Consult survey research firm. Now, with the added fame of being President, Trump’s overall brand stature is slightly greater than Biden’s.

BRAND WARS: A plot of the major presidential candidates on their brand strength (how differentiated and relevant they are) and stature (how well-known they are). The results may frighten Democrats.
Photos: Getty Images; Source: BAV Group

In the brand-based analysis, Buttigieg is the big story of 2020 so far. Among the general population, Buttigieg notches the highest brand strength of all Democrats by wide margins—Biden is in Hillary territory—but is still well short of Trump. Buttigieg’s brand stature is lower than Sanders’s or Biden’s, but that’s okay at this stage. Brand strength is the platform on which brand stature is built, so he’s positioned to migrate further than others into Trump’s realm.

Anything can happen in politics, and surprises surely await. But prognosticators (and the rest of us) must remember: Candidates aren’t just people. They’re brands on display, and Americans are deciding which one they’ll reach for.

A version of this article appears in the February 2020 issue of Fortune with the headline “Understanding the Election as Brand Marketing.”

—Donald Trump and the power of incumbency
—Why the U.K. is bailing out regional airline Flybe when it’s let others fail
—The wealthiest members of Congress—and how they made their millions
—Millions have been purged from voter rolls—and may not even realize it
—2020 Crystal Ball: Predictions for the economy, politics, technology, and more
Get up to speed on your morning commute with Fortune’s CEO Daily newsletter.