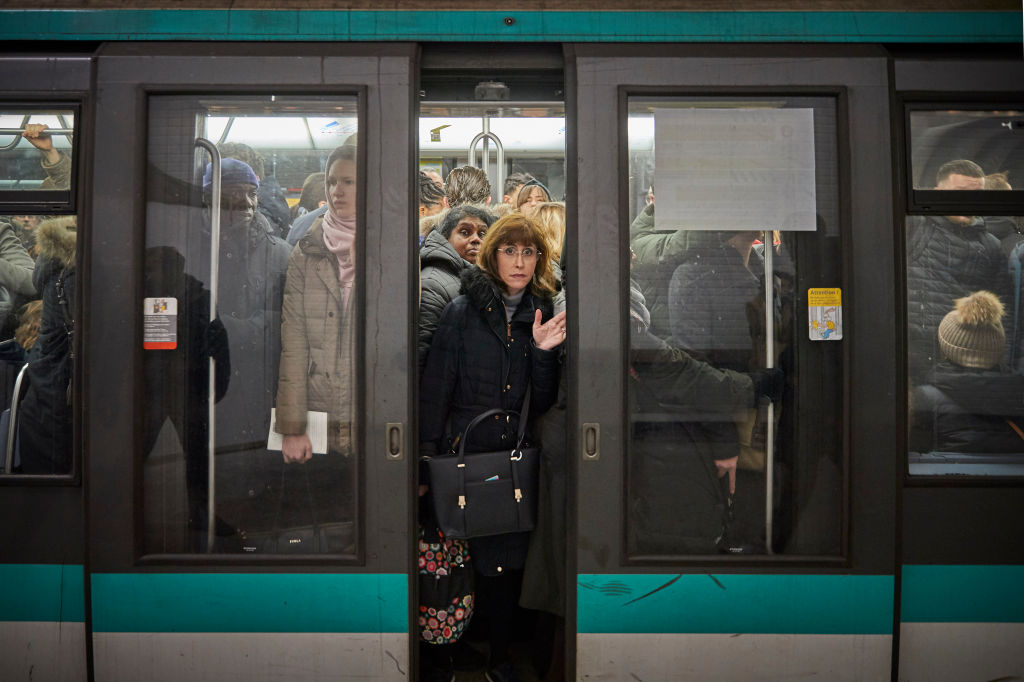 When Pearlyn Lee reopened The Hood, her three-year-old coffee shop and Asian canteen on a quiet stretch of Paris’s 11th arrondissement after a three and a half month closure for renovations, she was excited for a fresh start. And eager to fill seats—maintaining eight full-time staff while temporarily shuttered was costly. Business operations needed to resume quickly.

But just as revenue was picking up, the pension reform transit strike began, throwing France—and especially Paris—into near paralysis. December 5, 2019 marked the start of a devastating holiday month for businesses, a financially critical time of year. With disrupted metro and rail service (only two automated metro lines have operated as usual), overcrowded buses, and severe car traffic interfering with everyday commutes, consumers avoided adding any unnecessary stops to their journeys, staying local or ordering-in instead. “The effect was immediate once it was clear there was no end to the strikes in sight,” says Lee. “We saw a 30% drop on weekend business, usually our busiest time, compared to last year.”

With the strike entering its second month, the economic impact for small businesses and retailers across France has been acute. According to the Commerce Alliance, the regions that have suffered the most have seen a 30% decline in revenue on average, with Paris the most badly affected. For businesses with less than 11 employees, activity was down anywhere from 30 to 60% due to a decrease in foreign and domestic tourists and residents for whom getting in and out of the city was too challenging, explained Francis Palombi, President of the French Confederation of Retailers (CDF) in Le Monde.

“Retailers and restaurant owners were highly anticipating December business because we were all badly hit by the Yellow Vest movement last year,” says Delphine Plisson, owner of Maison Plisson specialty food shops and cafés. Due to its location, one of Plisson’s shops was forced to close by the Prefecture de Police during demonstrations, costing her days’ worth of sales: “We were so motivated which makes the impact this year even more painful. Not only has it been extremely complicated for our clients to get around but for our staff. After weeks of that difficulty, amid end-of-year, pre-Christmas stress, people don’t spend, they hold onto their money.”

Josh Fontaine, co-owner of Quixotic Projects, the group that runs the bars Candelaria, Le Mary Celeste, and Hero as well as Les Grands Verres restaurant at the Palais de Tokyo, says the impact has been nothing short of devastating.

“Across our establishments, we’ve seen a 30-50% drop, depending on the day. We’re ordering the bare minimum from our suppliers to stay open and have put all renovation projects and hiring plans on hold until we see what happens,” he explains, adding that staff is the greatest cost. “Legally, we have to provide two weeks notice to change an employee’s schedule. We can’t just tell workers they can’t come in because business is slow.” With nearly 90 people on the full-time payroll and labor charges looming, Fontaine says there’s reason to be concerned.

For some, the radical fluctuations in business of the last year have proven too great to overcome. On December 19, the seven-year-old restaurant Raw announced on social media that it would be closing, unable to bounce back from the sixteen consecutive strike days. Mazet, a century-old candy company, was forced to close their sole Paris boutique after plummeting sales. Others are on the precipice. “It’s rare for F&B businesses to have enough of a cash flow cushion and banks are unlikely to step in and assist in times like these,” Plisson says.

Thousands of demonstrators march in the streets of downtown Paris during the sixth day of a general strike on December 10, 2019 in Paris, France.
Jerome Gilles/NurPhoto via Getty Images

The Mairie de Paris’s promise of 2.5 million euros in assistance, largely for stand operators and restaurants with terraces, won’t go far. Etheliya Hananova, co-owner and sommelière of the two-year-old Michelin-starred restaurant Comice, says she and her husband are trying to remain optimistic—perhaps it’s the only way forward.

“As a young business just starting to lay down its roots, the social unrest in 2019 had an impact on us. We’ve chosen to focus on what is positive and how we can come out stronger from this,” she explains. “Threading the needle every day as the ground shifts beneath us has forced us to get creative and flexible at lightning speed.”

The real test comes this month with the arrival of Maison & Objet and Who’s Next trade fairs, followed by Paris Fashion Week in February, a time that usually coincides with an uptick in visitors and spending. Sophie Ducharme, owner of the jewelry store Chance, says “this is the moment that sets the tone. If the buyers don’t come, we’ll all suffer.”

—7 M&As that defined a decade of dealmaking and reshaped the economy
—3 charts that prove patent power is tilting in Asia’s favor
—Rwanda is bringing tech buzz to Africa
—The Starbucks of China is paving a new future for retail. Will it pay off?
—2020 Crystal Ball: Predictions for the economy, politics, technology, etc.
Catch up with Data Sheet, Fortune’s daily digest on the business of tech.