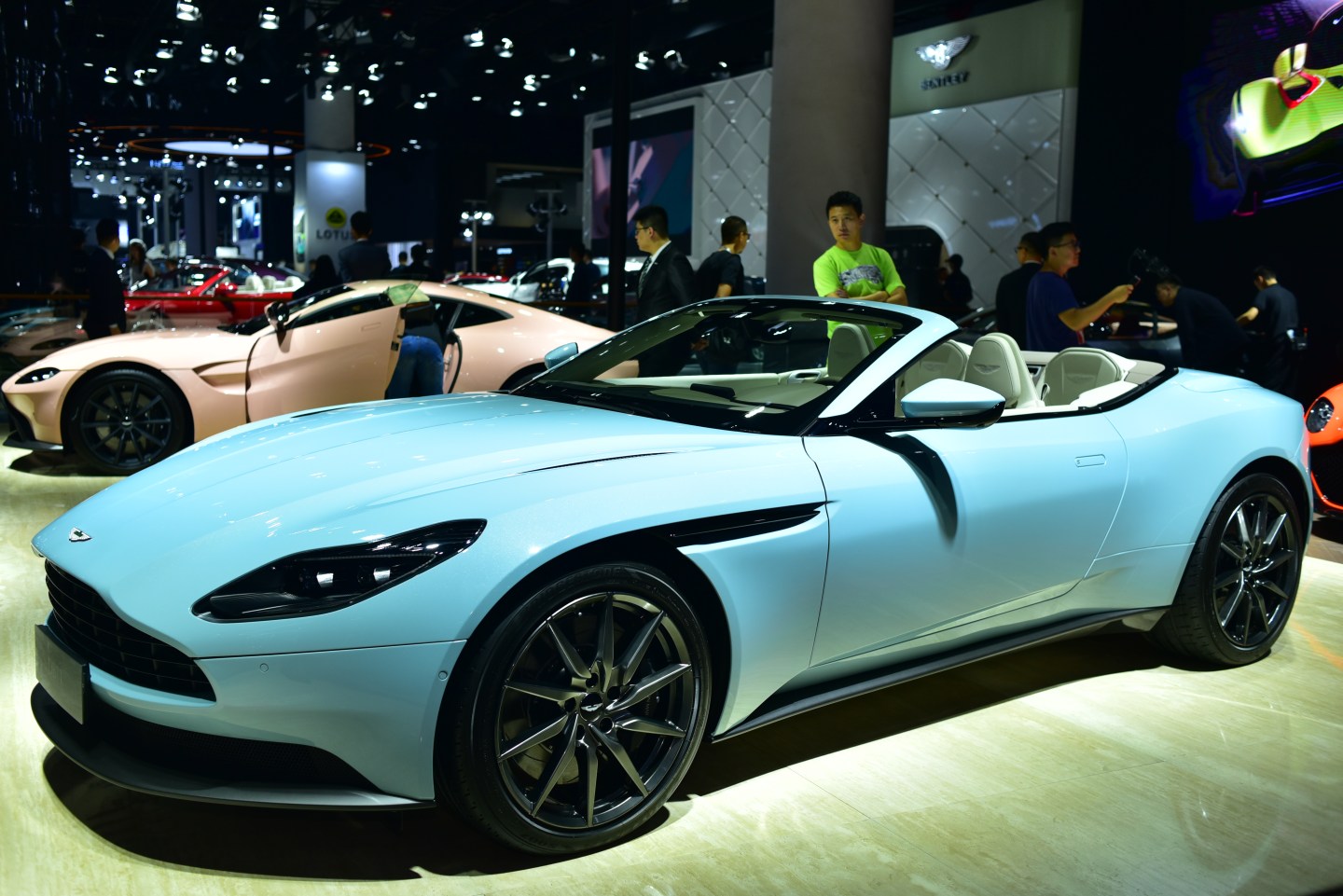 Sport utility vehicles made all the difference for the performance of UK luxury brands last year as customers rewarded Rolls-Royce for launching its first ever crossover SUV while punishing Aston Martin for lack of one.

On Tuesday, the preferred sports car model of fictitious secret agent James Bond 007, lowered its forecast for 2019 profits for a second time, warning it may need investors to plug fresh holes in its balance sheet after an unexpectedly weak fourth quarter.

With cash dwindling to just £107 million by the end of 2019, Aston confirmed it will draw upon the remaining $100 million loan tranche issued in September to keep the company afloat until its make-or-break DBX crossover starts production at an expensive new factory in Wales in the second quarter.

“Aston has had to resort to sales practices more common in the mass-market car industry to keep the lights on,” wrote Bernstein auto analyst Max Warburton in a note to clients. “Cars, most notably Vantage, are being sold with huge discounts.”

This contrasted sharply with Rolls-Royce, where vehicle sales jumped 25 percent on the back of its Cullinan SUV, which carries a base price of $330,000. Officials told Fortune the fully owned subsidiary made a “meaningful contribution” to profitability at BMW Group. As recently as November, the German parent said the Cullinan enjoyed an order backlog lasting “far into the first quarter” of this year.

“Winning back our strong price positioning is a key focus,” he said in a statement.

Volumes shipped to dealers dipped 7 percent to 5,809 cars in 2019, its maiden year as a listed company, with Aston blaming its missed sales target on the ongoing reduction in stock and weakness in mainland Europe rather than Brexit Britain.

Best known for its iconic DB5 that featured in the 1965 classic Goldfinger, the luxury sports car maker confirmed media reports that it was now in negotiations with strategic investors to sell a stake in the company, diluting existing shareholders.

Tumbling 15 percent on the news to £4.38, the stock has now lost three-quarters of its original IPO valuation of £4.3 billion since its IPO in October 2018.

Fortunately for Aston, Daniel Craig’s secret agent returns to the screen in April in time to generate valuable buzz for the troubled brand, potentially boosting orders for the DBX that stood at 1,800 units by year-end.

Crossovers may be major profit contributors, but rival premium and luxury brands lacking the SUV pedigree of a Land Rover were loath to embrace the shift away from saloons due to the stigma attached.

—That great 2019 S&P rally? It has big warning signs for 2020
—The relationship between geopolitical crises and market outcomes isn’t simple
—Why you actually may want to buy “bears” in a bull market
—5 CEO exits that sum up the memorable business year that was 2019
—What a $1,000 investment in 10 top stocks a decade ago would be worth today
Subscribe to Fortune’s forthcoming Bull Sheet for no-nonsense finance news and analysis daily.