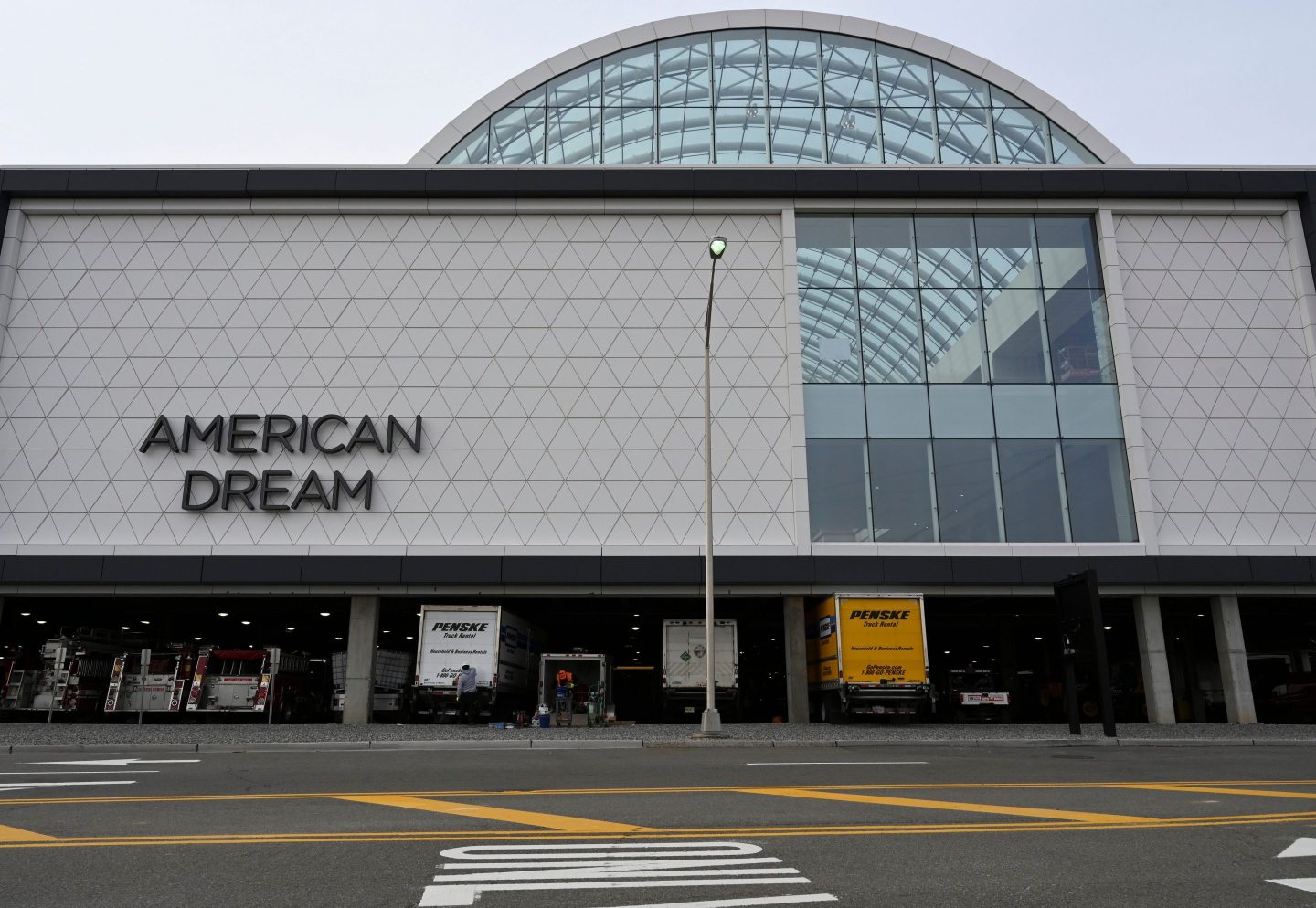 When shoppers visit the long-awaited American Dream mega-mall in New Jersey this spring, they can expect to see it crammed with stores, restaurants, and entertainment activities. It didn’t always seem that way.

Developers have leased almost 90% of its available 3.3 million square feet, a figure which rises to nearly 100% when leases under negotiation are included, according to a filing. In particular, all retail anchor stores have been spoken for—which is critical for malls because those locations, typically department stores, are key in driving foot traffic.

That the $5 billion behemoth is close to full capacity appears to buck the slow demise of physical retail, where shoppers have been lured away by the convenience of online options. Fewer than half of U.S. malls are expected to survive ongoing store closings, according to Bloomberg Intelligence, and the American Dream project itself has also had its fair share of problems: More than 17 years in the making, the project was hampered by a tortured construction process with many setbacks.

But American Dream has said it can beat the odds because of its attractions—counting a Nickelodeon Universe park, an ice skating rink and a ski slope among them—and its accessibility to New York City. It seems to have paid off, with all of the stores bigger than 20,000 square feet now leased, and about 70% of smaller ones, the filing showed.

The mall, owned by Triple Five Group of Canada, opened partially in October. The retail side of the mall will start opening in March with some 450 businesses.

—L’Oréal’s new at-home device makes personalized beauty products
—UPS’s $20 billion bet on e-commerce is paying off
—How the 2010s changed retail forever
—Consumers are turning away from real fur, but faux fur is not a perfect fix
—After a decade of e-commerce, convenience just isn’t enough
Follow Fortune on Flipboard to stay up-to-date on the latest news and analysis.