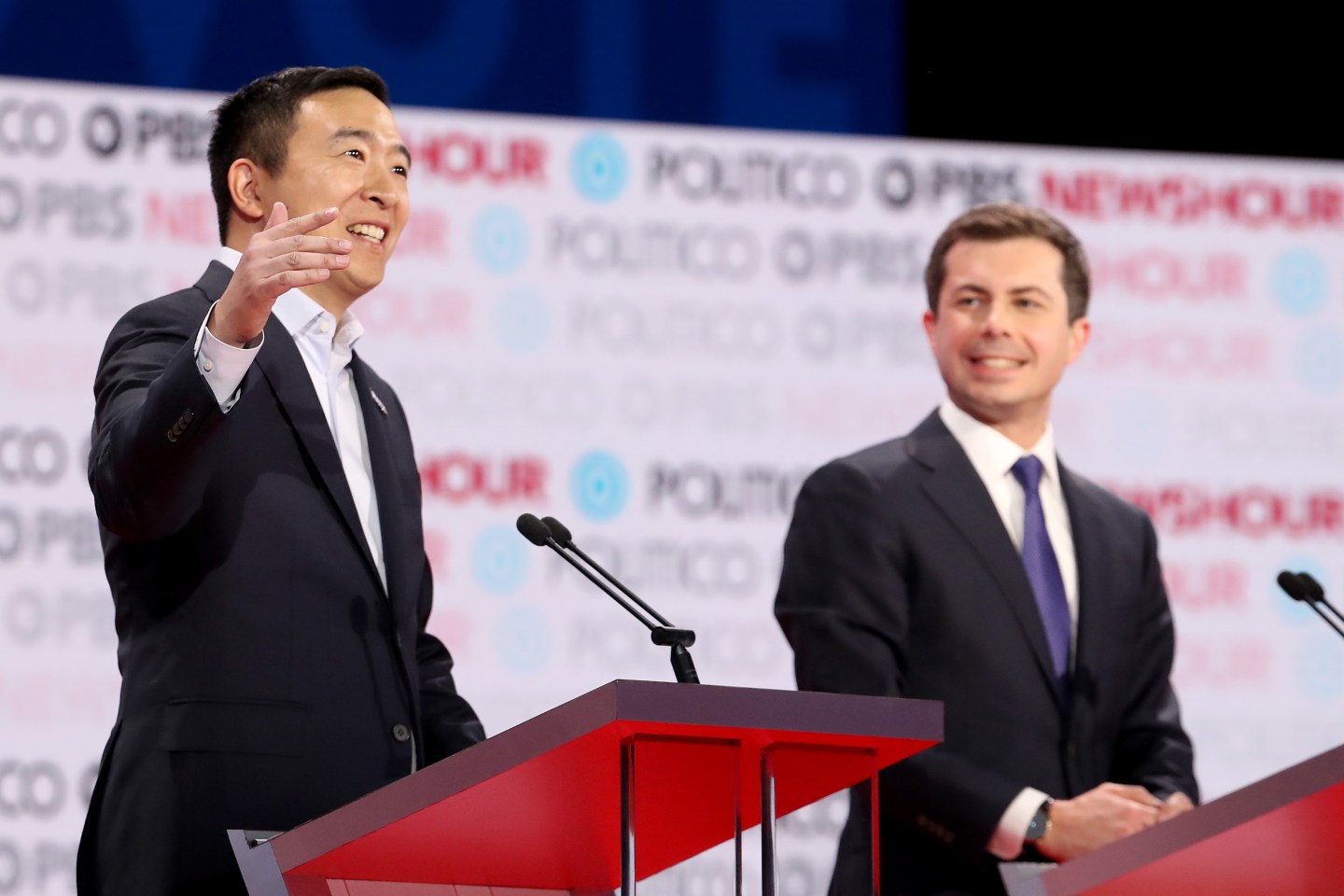 As partisan battles rage in Washington, the notion that the U.S. needs to combat China—and its technological prowess—seems a uniquely unifying idea.

At the democratic debate on Thursday night, the winnowed field of seven democratic candidates hardened their tone on China. While previous debates have fielded questions on Trump’s trade war with China, Thursday’s discussion appeared to accept as a given the idea that the U.S. needs to move beyond the trade war and confront China on its human rights issues and growing technological clout.

This was put most succinctly a few minutes into the debate, when moderator Judy Woodruff asked former Mayor of South Bend, Ind. Pete Buttigieg if he would consider, as president, boycotting the upcoming China’s 2022 Winter Olympics over the country’s handling of human rights issues. (This discussion was cut out from broadcasts in China.)

“There’s a lot more to the relationship with China than who’s selling more dishwashers,” said Buttigieg.

Since the last debate in November, U.S.-China’s trade tensions have eased somewhat after the two sides struck a Phase 1 trade deal, but pressures have escalated in other arenas.

President Donald Trump signed the Hong Kong Human Rights and Democracy Act in protest of Beijing’s treatment of Hong Kong protests, leaks about China constructing and implementing systems to detain and surveil Uighurs in Xinjiang province prompted rebukes from around the world, and worries about Chinese technology have only grown.

For its part, China has banned the use of U.S. technology in government offices and defended itself against criticism of its actions in Xinjiang and Hong Kong.

In the debate, discussion of the “tools” needed to take on China focused on the rise of Chinese technology, which Buttigieg described as aimed at the “perfection of dictatorship.” Candidate Andrew Yang specifically referred to Hong Kong’s mask ban as a tool in Beijing’s attempt to use AI and facial recognition technology to identify protestors.

“China is in the process of leapfrogging us in AI,” said Yang. “I have sat with our leading technologists and they say they cannot match the Chinese resources. China just produced its first major smartphone that does not have Google apps, and it’s now trying to export its technology to the rest of the world.”

Former vice-president Joe Biden spoke largely about the military dimensions of standing up to China and proposed implementing sanctions in responding to China’s human rights abuses.

Billionaire and longtime democratic activist Tom Steyer was the lone candidate in sounding a more conciliatory tone in terms of working with China. He said that China should be treated as a “frenemy” and that will be important to keep strong relations with the country.

“We actually can’t isolate ourselves from China,” Steyer said. “We need a good relationship with them and we are going to have to work with them going forward under all circumstances.”