China’s ‘Big Gamble’: Lessons From the Bike Sharing Bust May Hang Over Its A.I. Boom 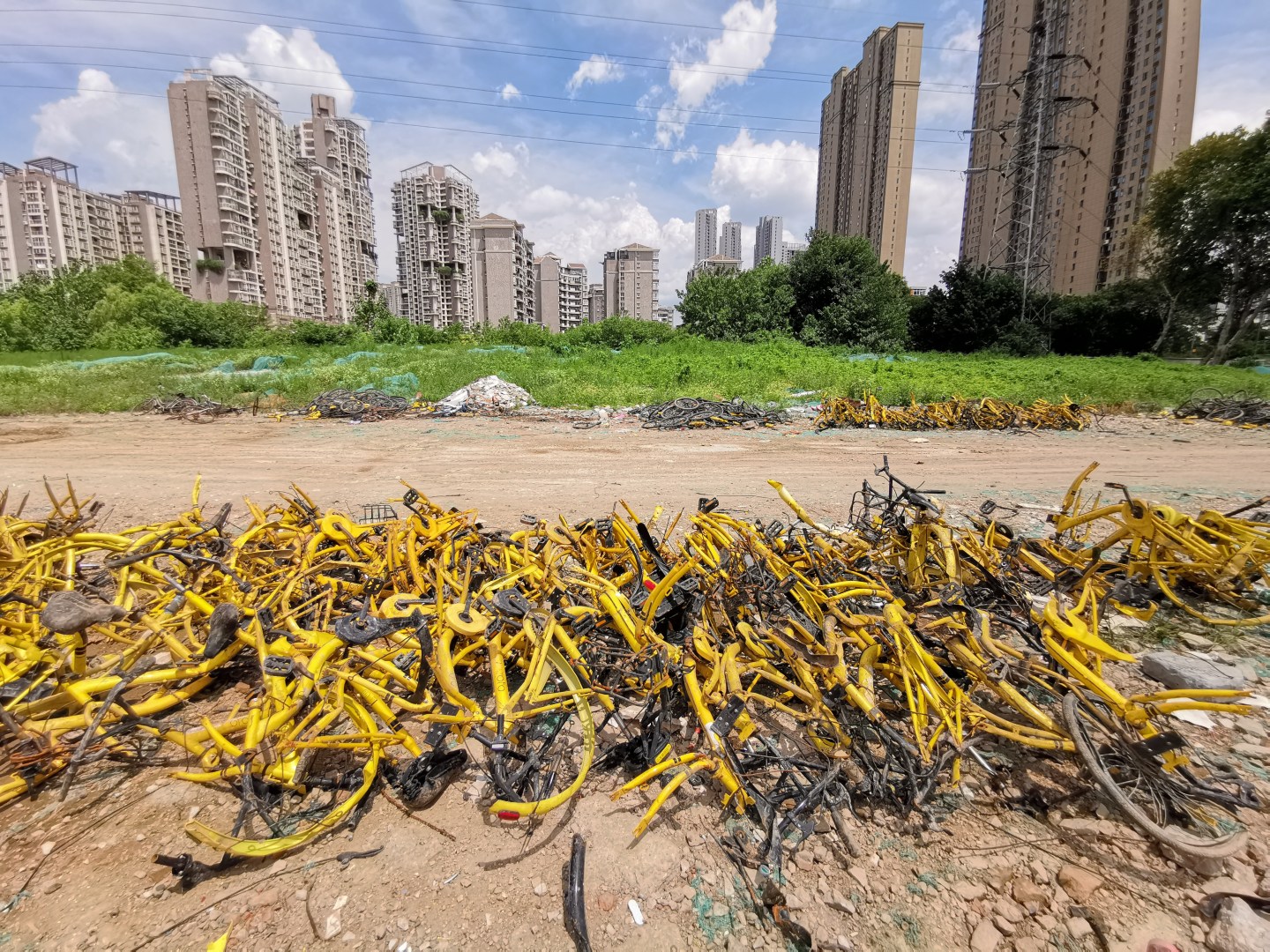 In 2014, five students from the cycling club at Peking University had an idea to build new, technologically savvy bicycles with codes that people could scan with their smartphone, pay a small fee for a short ride, and leave basically wherever they pleased.

In just a few years, this ‘bike sharing’ idea became a country-wide phenomenon, and by 2016 millions of new bicycles could be found in cities across China from companies with billion-dollar-plus valuations.

By the end of 2018, however, several leading bike-sharing companies had gone bankrupt, and now the bicycles that were once viewed as one of the country’s great innovations have largely become inconvenient and colorful stains on city streets or been sent to massive bicycle graveyards.

“Bike sharing was one of China’s biggest innovations, so everyone was championing it,” said Chen Lin, a marketing professor at China Europe International Business School in Shanghai. “Nobody saw the rise and fall being so quick and so dramatic.”

Now, however, the rapid ascent and spectacular collapse of China’s bike sharing sector may presage future problems in one of the world’s technology powerhouses. The bike sharing phenomenon hasn’t prompted reflection across China technology industry, analysts say, and issues that spurred its downfall may soon switch over to new industries.

“Nobody was questioning the investing patterns” behind the bike sharing boom, said Henrik Bork, founder of the Beijing-based consulting firm Asia Waypoint. “Now it is shifting to new hot issues [like A.I. and big data].”

Many people, including investors, are easily blinded by the fact that China’s economy is still growing, Bork said: “But in reality it is difficult to make money anywhere, even in China.”

The rise of China’s bike-sharing

China was once known as the Kingdom of Bicycles, with its government famously defining prosperity for Chinese citizens in the 1970’s as the ability to own a bike, claiming that it would put a Flying Pigeon, a state-owned bicycle brand, “in every household.”

And even though cars have overtaken bicycles on China’s streets, the country’s deep connection with two-wheelers helps explain how bike sharing took off so quickly and on such a massive scale (being environmentally friendly and convenient helped too).

“It was a fantastic innovation, in that it really looked at the consumer journey and pinpointed the way that people needed more convenient and accessible travel,” said Chen.

Ofo, whose founders were members of that Peking University cycling club, was at the center of the industry’s rise after it launched in 2014. At its peak in 2017, the company was worth close to $3 billion after several rounds of funding and had expanded to hundreds of cities in nearly two dozen countries.

Ofo was far from the only company in the market, however, and competition from companies like Mobike and Bluegogo launched a loss-making race to grab market share.

For Chen, the unsustainable rise of the sector was made possible by two issues: weak intellectual property protection and over-eager investors.

“There was no intellectual property and the companies copied each other all over the place, so people were only competing on prices and availability,” Chen said. Therefore, investor-fueled attempts to expand and snap up as much of the market as possible became the presumed path toward success.

“Investors drove [bike sharing start-ups] to grow faster and quicker than their competitors, to move to more cities and places, to lay out more bikes without even calculating breakeven points,” Chen said.

In late 2018, after the startups had burned through billions of dollars, it became clear that even the top companies didn’t have a path to profitability. In July, a court found that Ofo couldn’t pay its debts, and the company still refuses to refund $15 deposits from up to 15 million customers. (A recent Ofo refund scheme promises customers their deposits if they purchase over $200 worth of other products.)

Mobike, which was purchased by food delivery giant Meituan Dianping, scaled back operations and was apparently only valuable for its data. And at least five other competitors went bankrupt, a string of failures that likely means rusting bikes will only become more of a nuisance.

“This year and the year after you will only see more and more garbage bikes being laid on the street at a great social cost,” Chen said. “The companies don’t have money to clean it up so it almost becomes a societal burden. Who’s going to take care of all this steel and metal?”

Still, amid the doom and gloom, there may be some hope that bike sharing is not totally dead. Recently, bike sharing latecomer called Hellobike found success in building a customer base in smaller cities and with fewer bikes, with plans to expand into electric scooters and more cities.

The same fate for A.I. firms?

All of the turbulence in the bike sharing sector seems to have cooled off funding and expectations for China’s once skyrocketing sharing economy. And China is not the only country in which sharing economy firms are struggling to make the model profitable, as shown by the travails of firms like WeWork and Uber.

Brock Silvers, a Managing Director at Adamas Asset Management in Hong Kong, believes that most of the responsibility should fall on the investors, who will likely now take a more restrained approach.

“The tech sector’s lessons aren’t the true issue—no one can blame companies for accepting wild investments. The reality is that the pathways to exit have become more difficult,” Silvers said. “This will temper [venture capital and private equity] investors, which in turn should enforce a more sober outlook upon China’s tech firms and entrepreneurs.”

Still, there are signs that the bike sharing boom and bust of yesterday might become the A.I. cycle of tomorrow. Bork said that while it has gotten more difficult to raise funds in the sharing economy, easy funding patterns are simply switching to new, “hot” technologies like artificial intelligence.

In 2018, A.I. investments in China rose 54%, to $7.4 billion, according to ABI Research. And in the 2019 edition of the Hurun Global Unicorn List, an annual international report that tracks startups worth more than $1 billion, China boasts 15 unicorns in the A.I. sector alone. One-time unicorns Mobike and Ofo, on the other hand, are now worth a fraction of what they once were, and Hellobike is the only remaining bike sharing unicorn on Hurun’s list.

“For businesses in China that manage to package their business model with these new hot issues, you are seeing the same thing,” said Bork. “And I don’t see so far that this stops. The big gamble here in China is still on.”