‘Hug-Gate,’ Inventory Screw-ups, Ousted CEOs: How a Fashion Retailer Went from On Trend to On the Brink 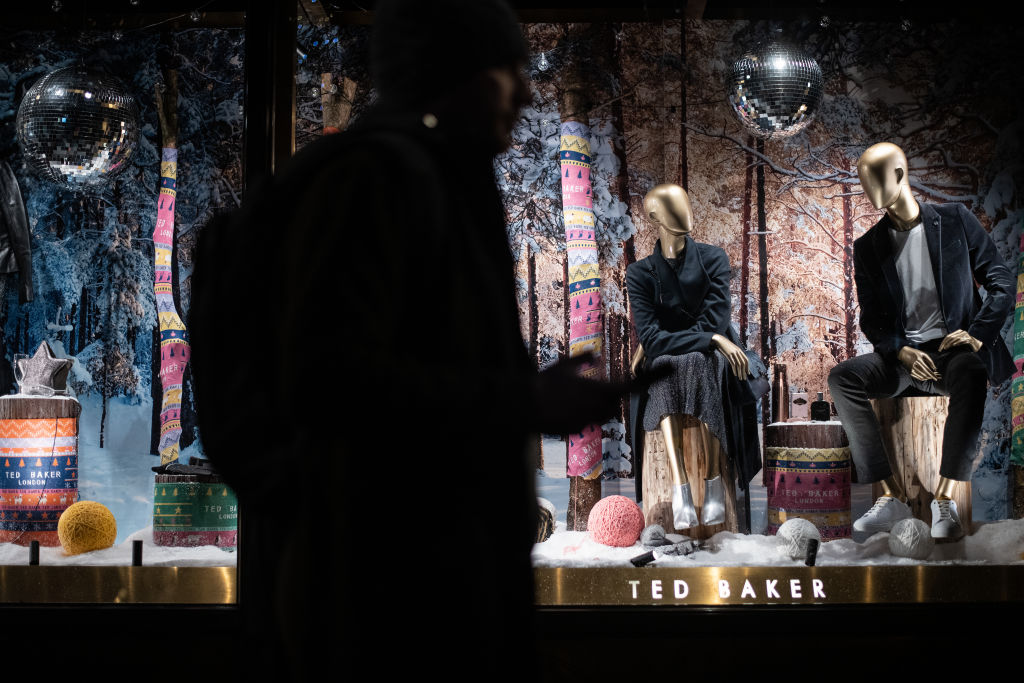 In the never-ending retail apocalypse, any sort of misstep can be fatal, be it in product, distribution, or governance. But combine all three and you really make life hard for yourself—just ask British fashion house Ted Baker.

The company that has dressed celebrities from Pippa Middleton to Reese Witherspoon and Carrie Underwood is fighting for its life after a tumultuous year. Founder and guiding spirit Ray Kelvin was forced to step down in March over allegations of sexual harassment; his successor as CEO, Lindsay Page, resigned himself last week along with chairman David Bernstein, having failed to stop a decline in sales and profits that now stretches back over three years.

They departed only days after announcing that the accounts may have to be restated due to a miscalculation of inventory. Profit, which was expected at around 70 million pounds for the current year, is now slated at 5 million, after three downgrades in a year. The company’s value has fallen by over 90% from a peak of over $2 billion.

In hindsight, the writing was already on the wall for Kelvin when the #MeToo phenomenon started to reverberate through boardrooms after allegations against movie mogul Harvey Weinstein in 2017. That gave voice to long-suppressed resentment at Kelvin’s behavior in a petition, signed by 2,000 employees, alleging a culture of “forced hugs,” unwanted shoulder massages, and the like. Kelvin has always denied the allegations. He could not be reached for comment for this story.

Kelvin, who is now 64, “simply had to go, given ‘hug-gate,’ but his leaving also impacted performance negatively, with a loss of his entrepreneurial drive, initiative, and inspiration,” says Andy Brown, CEO of leadership consultancy Engage.

Things at Ted Baker have certainly fallen apart faster since Kelvin’s departure, but they had already been going wrong for some time. Margins had declined steadily for over three years, as intense competition forced it into ever-deeper discounting, damaging the brand. Reviewers noted that it appeared to be missing a trend toward more casualness among its core audience of young professionals.

“In today’s economy, people are being very conservative with how they spend their cash,” says Rick Smith, managing director at Forbes Burton, an advisory service that specializes in corporate recovery. “Ted Baker’s competitors are undercutting it by a large margin, and so people are flocking to the cheaper stores instead.”

Ted Baker did not return Fortune‘s request for comment for this story.

The upper-middle segment of the market—Ted Baker’s comfort zone in its noughties heyday—“has become a dangerous place to be,” says Suzanne Blake, global marketing director at consultants FutureBrand. That space is all the more dangerous given Ted Baker’s dependence on department stores, which have existential problems of their own.

In the U.S., Ted Baker has leaned heavily on partnerships with the likes of Nordstrom. It was well represented in Barneys, the upmarket New York chain that became the latest department store to file for Chapter 11 bankruptcy protection in August. In the U.K., meanwhile, it warned earlier this year that the collapse of House of Fraser would probably cost it over $14 million. Ted Baker’s high street presence, “once a source of strength, has become a source of weakness,” says Blake.

This would matter less if the company had made a successful transition to selling online. According to Supriya Jain, an analyst with research group Gartner, that’s not the case. It may have spent heavily on Google ads to drive traffic to its site, but once customers get there, she says, “the experience falls flat.”

For Engage’s Andy Brown, Ted Baker’s fall is also due to its failure to get the right people in at the top. Page, he points out, who was chief financial officer while the company was miscounting its inventory, had been on the board for 22 years.

“The firm’s collection of non-executives are simply out of touch with the rapidly changing retail market,” Brown says, referencing two directors who are nearing age 70. “This suggests little fresh thinking, challenge, or questioning of norms inside the company.”

With its profits vanishing and its value reduced by 90%, Ted Baker is now extremely vulnerable to opportunists. Toscafund Capital, a hedge fund, has built a 12% stake in the company, ostensibly in the belief that there is more value left in it than the remaining $230 million market cap. Its principal Martin Hughes has twice supported owners in efforts to take their companies back private. In 2012, for instance, Hughes helped reinstall founder Steve Morgan to Redrow, the homebuilder that Morgan had founded but stepped down from. Since Morgan’s return, the company’s stock has increased 500%. Re-installing Kelvin at Ted Baker would surely be less likely, given the risk of key staff refusing to work again under him. However, Hughes told The Sunday Times last weekend that he expects a rebound in consumer discretionary spending and is “looking around for beneficiaries” of that trend, should it emerge.

“We buy into problems where we think we can help,” the Times quoted Hughes as saying. “Ted Baker is a valuable brand.”

The lessons of recent years are that, even if Brits do start spending more on little luxuries, there’s no guarantee that the trendsetters of a decade ago will be the ones to gain. For an example of what happens to upmarket brands that don’t keep up with the times, Ted Baker need look no further than Karen Millen, founded by a contemporary of Kelvin toward the end of the last century. The rights to its brand and intellectual property were bought out of bankruptcy for next to nothing in August by Boohoo.com, a ‘pure-play’ online-only disruptor who is now busy revamping its website while the administrators wind up its branch network, with over 1,000 job losses.

“If they (Ted Baker) are to return to their former glory days,” says Forbes Burton’s Smith, “there will have to be big changes.”