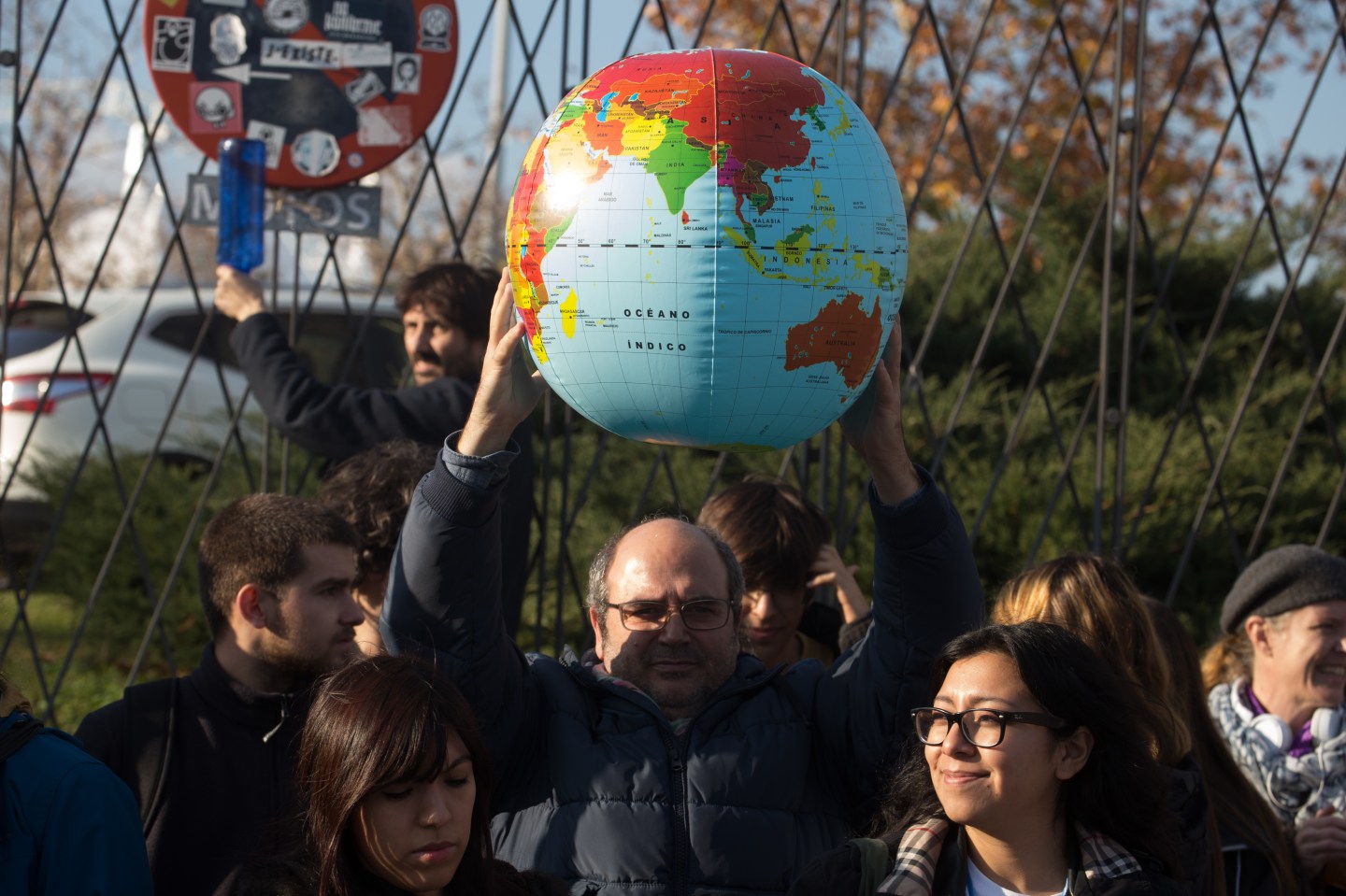 This is Katherine Dunn here, filling in for Eamon this week for our last newsletter of the year.

It’s no secret that the COP25 conference, held in Madrid earlier this month, ended not with a bang, but with a whimper—if it was even that. (See news, below.)

That appeared to reflect a disturbing gap between the rising climate change concerns of regular people—seen in everything from the crest of momentum behind Greta Thunberg to your local café’s war on plastic straws—and the reluctance, even outright refusal, of many governments to push forward on climate policy.

But in my reporting on energy, climate and business over the last several months, persistent “gaps” have been a recurring theme: there’s a gap between what scientists say needs to be done to avert the most catastrophic results of climate change—and what, globally, we’re actually doing. There’s also a gap, mentioned time and time again by policymakers, between the emissions targets countries have pledged to meet and the policies and renewable energy investments they’re currently making to get there.

Take this example: according to the International Energy Agency, the share of energy provided by “clean” energy sources in 2018—36%—is exactly the same as it was 20 years ago. The explosion of renewables in recent years largely served to plug the gap from the decline of nuclear energy. It’s big-picture running in place.

If that’s depressing, here is one cautious sign of optimism: this was also the year that central banks declared climate change a financial risk, and many large companies spoke out about ambitious emissions goals or the need for government intervention. Nestlé pledged to reduce its emissions to “net zero” by 2050, for example, and IBM joined the chorus of Big Business calling for a carbon tax. Tighter financing, consumer pressure, and employee lobbying, together, are pushing companies to set goals and account for their emissions in increasingly granular detail.

As for moving forward in 2020, I keep coming back to the firm words of Christiana Figueres, the founder of the Global Optimism NGO and the former executive secretary of the United Nations Framework Convention on Climate Change, who spoke at a lunch on climate change and business at Fortune‘s Global Forum in Paris in November. Faced with a room full of executives weighing their many, imperfect, options for tackling emissions, she pushed them to just start moving.

“Do not let the perfect solution . . . stop you from doing the things that have to be done,” she said.

In other words: stop procrastinating.

There’s more news below. The Loop will be taking two weeks off for Christmas, but will be back on Jan. 9 in the new year. Until then, happy holidays!

The COP25 summit on climate change closed in Madrid this week, having failed to achieve its primary goal of agreeing upon rules to regulate a global carbon market. Negotiators hacked away at the thorny issue 40 hours longer than scheduled, but to no avail. The outcome has been criticized as a “disappointment” and a “staggering failure of leadership.” Scientific American

“Companies have traditionally treated sustainability as a peripheral issue…We don’t have the luxury of that limited perspective anymore,” said Goldman Sachs CEO David Solomon as he announced the investment bank’s goal to provide $750 billion of green “financing, investing and advisory activity” over the next 10 years. Goldman also formally banned future investment in Arctic oil exploration and thermal coal mining, becoming the first major U.S. bank to do so. Financial Times

Getting coal for Christmas

Despite the specter of a stream of international underwriters dropping out of what they considered to be an overvalued IPO, oil giant Saudi Aramco achieved its goal of a $2 trillion valuation this week. Shares in Aramco climbed for four straight days after the energy company went public last Wednesday, pushing the company’s market cap to $2 trillion on Monday. New York Times

Latina Equal Pay Day Is Later Than Last Year. We Can’t Afford to Fall Further Behind by Mónica Ramírez

Europe is Going All-In on Electric in 2020. It Still Won’t Save the Struggling Auto Sector by Christiaan Hetzner

If you have a few minutes (you must have, the holidays are coming) this is a beautiful read from Reuters about a Shinto tradition dating back to the 1400s that is coming to an end due to climate change.

For the past 600 years on Japan’s Lake Shuwa, locals have observed a phenomenon known as omiwatari, or “the crossing of the Gods.” The spectacle occurs after the lake freezes over. As the water warms again, giant slabs of ice crash into each other, like tectonic plates, and form a jagged, frozen, miniature mountain range across the lake.

As the world warms, the ice on the lake is becoming too thin for the even the Gods to cross and omiwatari is disappearing.

A team of 37 scientists called the EAT-Lancet Commission has constructed a global diet plan that it says will enable us to healthily feed 10 billion people within the limitations of our planet’s resources. The original diet plan was presented in January, but last month new research calculated the price point of the proposed menu. It turns out the EAT-Lancet diet, at just $2.84 a day, is unaffordable for 1.58 billion people today. That’s not a complete condemnation of the diet plan, however—it just points to other issues the world is facing, namely poverty and the misallocation of resources.