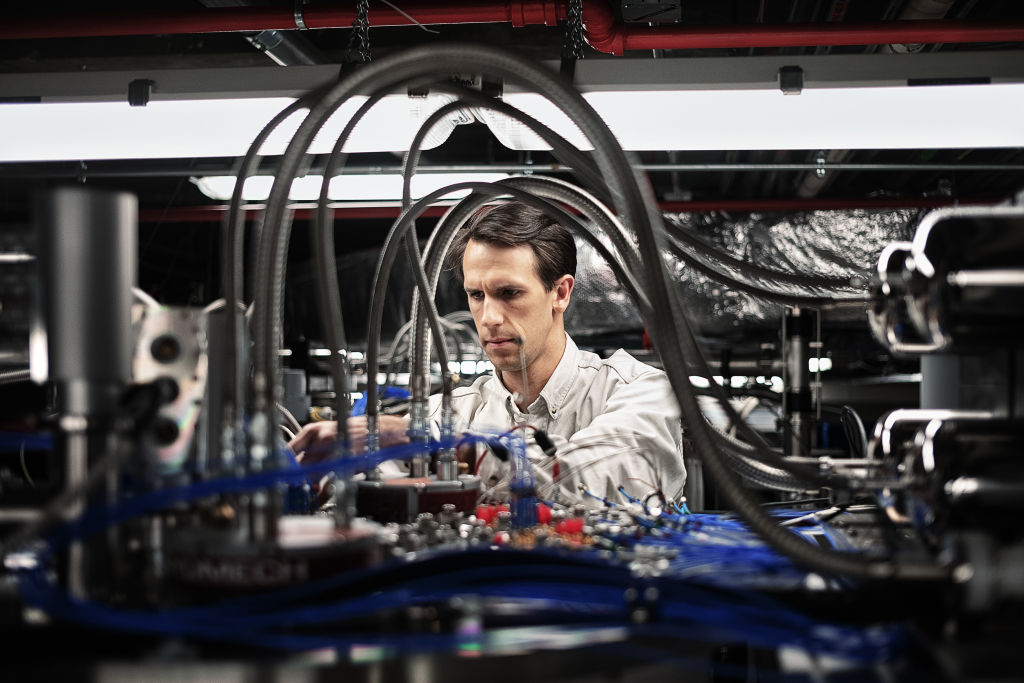 When it comes to lowering carbon emissions in corporate America, momentum is building behind what is often an unpopular word: “tax.”

This week, IBM became the latest major U.S. company to publicly advocate for the federal government to levy a carbon tax, pledging to push Congress, state, and local officials to back the plan.

“We thought the time was right, as we head into an election campaign [in 2020], where the issue is more front-of-mind,” said Christopher Padilla, vice president for government and regulatory affairs at IBM. “We as a company think there should be a tax, and we will pay a tax.”

A carbon tax is applied per ton of carbon dioxide or CO2 a company’s operations emit, and is intended to financially incentivize a shift towards lower or zero-carbon sources of energy and means of doing business. One frontrunner 2020 Democratic candidate, Pete Buttigieg, has publicly backed a carbon tax, but other leading candidates—Elizabeth Warren, Joe Biden, and Bernie Sanders—have not advocated for it, according to the Tax Policy Centre.

A carbon tax as a concept is far from new—it’s been doing the rounds in Washington since at least the early 1990s, when a similar policy was proposed during the Clinton Administration. Some major companies, including ExxonMobil, have incorporated the possibility of such a tax into their long-term planning since at least 2013. What’s different now is that the idea of a carbon tax continues to gain widespread momentum in the U.S. business community—even as the country’s policy on climate change has broadly been rolled back under the Trump administration.

Padilla says IBM backs the escalating carbon dividends plan proposed by the Climate Leadership Council, a conservative-leaning industry group, which starts at $40 per ton of CO2 emissions and increases every year at 5% above inflation. The revenue from that tax will be returned as a dividend to all Americans and will exceed what the public would pay in higher energy costs, the Council says.

The system advocated by the Council has also been backed by four former chairs of the Federal Reserve—Janet Yellen, Ben Bernanke, Alan Greenspan and Paul Volcker—alongside a wide slate of economists, who argue that it would be more efficient in reducing emissions than regulations. However, the plan has also been criticized, in part, as a means to shield companies from legal liabilities for past emissions. As of September, the Council says its plan no longer has any liability provisions.

For IBM, the question at hand is how to reduce the emissions associated with its vast data centers, which are notoriously energy-intensive, said Padilla. The rise of quantum computing, Padilla notes, will suck up even more energy, since it requires additional cooling technology.

That increasing energy usage comes as IBM faces pressure from clients for data centers with lower carbon footprints, Padilla said. IBM is now targeting using 55% renewable energy across its worldwide operations by 2025. In 2018, IBM’s energy sources were roughly 38% renewable, with total emissions down by more than a third compared to 2005 levels.

“We know it’s certainly an issue of concern to our employees. But I think what really gets the attention of a company is when it’s a concern to your customers,” he said.

IBM isn’t alone in feeling the heat. From banks to fashion labels to airlines, companies are increasingly citing customer demand as they set hard targets for reducing emissions and shifting energy sources, even in markets where there are few financial incentives to do so.

The case for a carbon tax

The argument for a carbon tax, then, is that the companies that are voluntarily acting on that pressure should not disproportionately bear the costs of reducing emissions. (In general, renewable energy is still more expensive than fossil fuels.) The tax is seen as a market-friendly alternative to industry-specific regulation aimed at addressing climate change.

“The advantage of a carbon tax is that it applies equally to all,” Padilla said. “It reduces the chance that people can gain a competitive advantage by using a dirtier form of energy.”

Oil companies have also increasingly embraced the idea of a carbon tax: in May, both BP and Shell publicly gave money to the Americans for Carbon Dividends campaign, a lobbying campaign to push Congress to embrace a carbon tax that’s supported by ExxonMobil—No. 2 on the Fortune 500—among others.

In December 2018, Sen. Chris Coons (D–Del.) and Rep. Francis Rooney (R–Fla.) introduced legislation for a carbon tax after meetings with businesses. In an article for Fortune in June 2018, they wrote that, “a price on carbon will level the economic playing field in the energy sector, unlock market-driven innovation, and lead to the deployment of low, zero, and negative carbon technologies.” But that legislation, and subsequent iterations of it, have not gotten far in Congress.

Padilla said it was unlikely a carbon tax would become law U.S. in the near future, but such a tax is already a reality for the company in other markets, including the U.K. and Australia. Despite publicly backing the carbon tax, IBM’s efforts to reduce emissions are not dependent on government action on the issue.

“I think if we wait for governments to go first,” he said, “it’ll be a long wait.”

This story has been updated to clarify the Climate Leadership Council’s position on emissions liability provisions.

—2020 Crystal Ball: Predictions for the economy, politics, technology, and more
—Climate change is hitting the insurance industry hard: How Swiss Re is adapting
—Why Saudi Arabia might be having seller’s remorse over the Saudi Aramco IPO
—Innovative tech offers a solution to aircraft pollution
—The Future 50 sustainability all stars
Subscribe to The Loop, a weekly look at the revolutions in energy, tech, and sustainability.