Reports of a Toxic Culture at Away and Misunderstanding Inclusivity 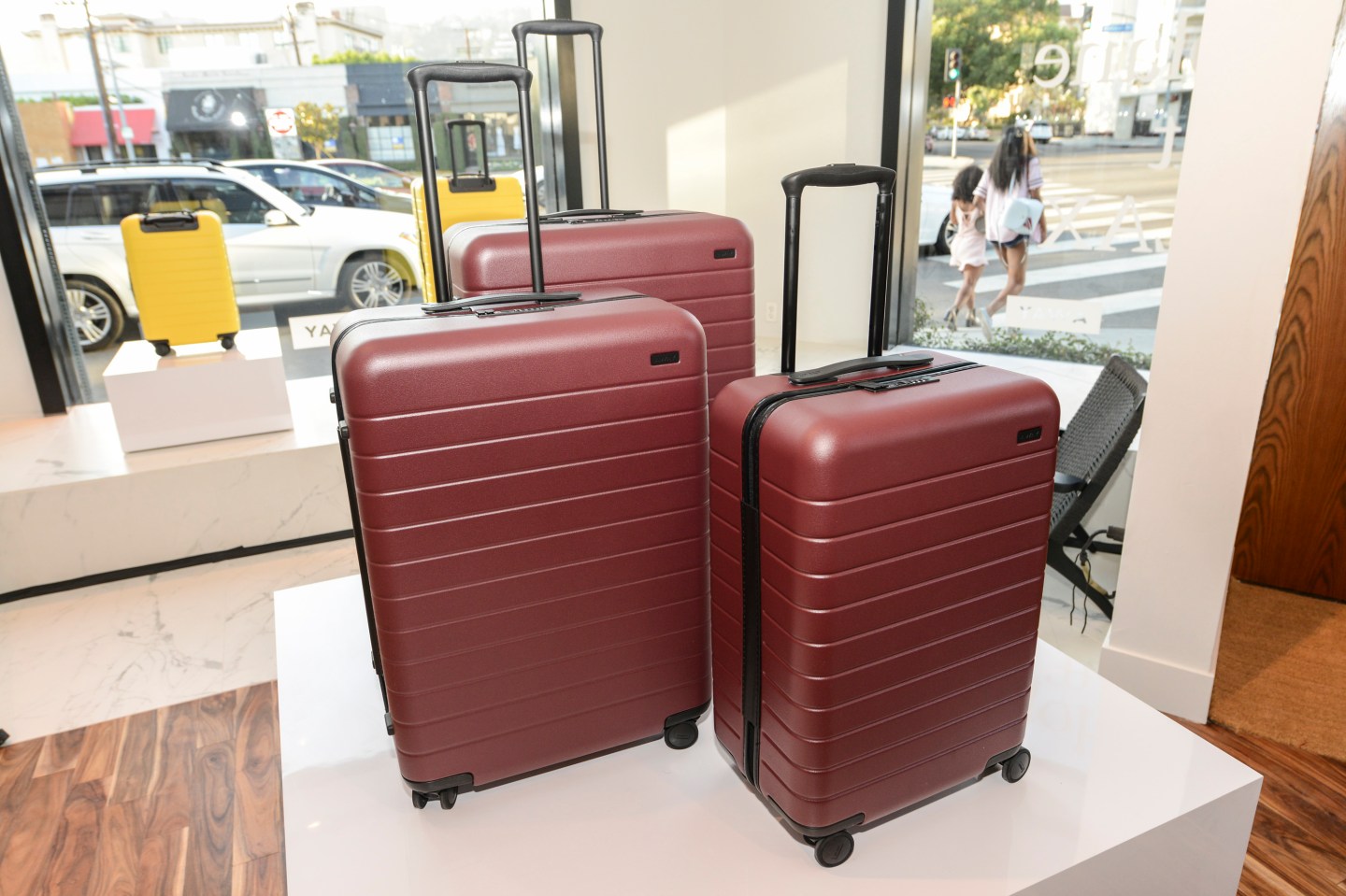 Good day, Broadsheet readers! House Speaker Nancy Pelosi announces the House will move forward on impeachment, Uber releases jaw-dropping numbers about sexual assault claims, and an investigation finds allegations of a toxic workplace at Away. Have a lovely weekend.

- Gotta get Away. Yesterday, the Verge published an investigation by writer Zoe Schiffer into allegations of a toxic workplace culture at Away, the luggage company co-founded by CEO Steph Korey and president and chief brand officer Jen Rubio.

There’s a lot in the piece, so I encourage you to read the whole thing. But what jumped out at me is the role digital communication—and ideas about gender dynamics in communication—play in the company's culture.

Part of the Verge story focuses on how Away uses Slack, the chat app run by CEO Stewart Butterfield, who, it should be noted, is engaged to Rubio. The Verge reports:

"Employees were not allowed to email, and direct messages were supposed to be used rarely (never about work, and only for small requests, like asking if someone wanted to eat lunch). Private channels were also to be created sparingly and mainly for work-specific reasons, so making channels to, say, commiserate about a tough workday was not encouraged."

Why Slack rather than email? In a statement, Korey tells the Verge, “Over the course of our careers, Jen and I observed situations where women and underrepresented groups were often excluded from key emails or meetings. Slack affords levels of inclusion and transparency email simply doesn’t. With email the original author gets to pick who is included in the conversation and whose voices won’t be heard. That’s not the company we want.”

In an interview with Fortune earlier this year (the co-founders are on our 2019 40 Under 40 list), Korey talked about her Slack habits, saying, "I preface every single message I send with a level of urgency and an expected response time, and it’s (unsurprisingly) put my team at ease because there are no unspoken expectations."

However, the Verge reporting makes clear that, in some cases, her messages—several of which are published in the article—did anything but put employees at ease. Writes Schiffer: "The rules had been implemented in the name of transparency, but employees say they created a culture of intimidation and constant surveillance." Employees say Korey and others at the company used Slack to pressure them to work inhumane hours and to publicly shame and berate them.

It's true that emails and meetings can be exclusionary, and that women and people of color may be the ones left out. But rather than foster an open and reciprocal dialogue, Away's reliance on open Slack messages appears to have created a one-way megaphone for the company's executives. That may be their right as demanding bosses, but it's hard to label such a system as "inclusive"—and downright painful to see it defended in the name of feminism.

-Please stay safe out there! For the first time, Uber has revealed the number of sexual abuse complaints it received in 2017 and 2018. Unbelievably, the company had 235 reports of a rape occurring during a ride in the U.S. last year—an average of four per week. Meanwhile, 19 women sued Lyft this week, saying the company was unable to stop drivers from sexually assaulting them, then ignored their complaints.

-No hate here. House Speaker Nancy Pelosi announced yesterday that the House of Representatives will move forward with articles of impeachment against President Trump. The historic moment was followed by a dustup when a reporter for the conservative Sinclair network asked the speaker if she "hate[s]" the president. Pelosi said she doesn't hate anyone and that she prays for Trump. He responded by calling Pelosi's reaction a "nervous fit."

- Ditching the baggage. The ultimate rental: renting your clothes in your hotel room. Rent the Runway, led by Jennifer Hyman, is partnering with W Hotels to allow customers to rent their wardrobes on the go. "I always dreamed about the concept of traveling luggage free," Hyman says. Fortune

- Campaigning in secret. The online harassment and threats that have caused so many female members of Parliament to stand down in the upcoming U.K. elections are also changing how the women who are still running for office campaign. Labour MP Rachel Reeves's campaign office has no campaign posters—but it does have security cameras. New York Times

- A long way to go. Twelve years ago, Amy Dunne was known as "Miss D," the pseudonym she was given in a landmark legal case about abortion in Ireland. Dunne was 17 and pregnant with a fetus found to have fatal abnormalities. In foster care, she told her social worker she needed to fly to the U.K. to have an abortion—but was told if she did she would be charged with murder upon her return. Her case pitted the right to travel against the right of an unborn child; she won and was able to end the pregnancy. Now 29—and now that Ireland has legalized abortion—Dunne is coming forward with her real identity. Guardian

What everyone is calling 'emotional labor' is actually just labor Vice

"It’s good that we’re allowed to say, ‘Hey, just so you know, we’re more than incubators.'"

-Taylor Swift on being asked whether she's going to have children