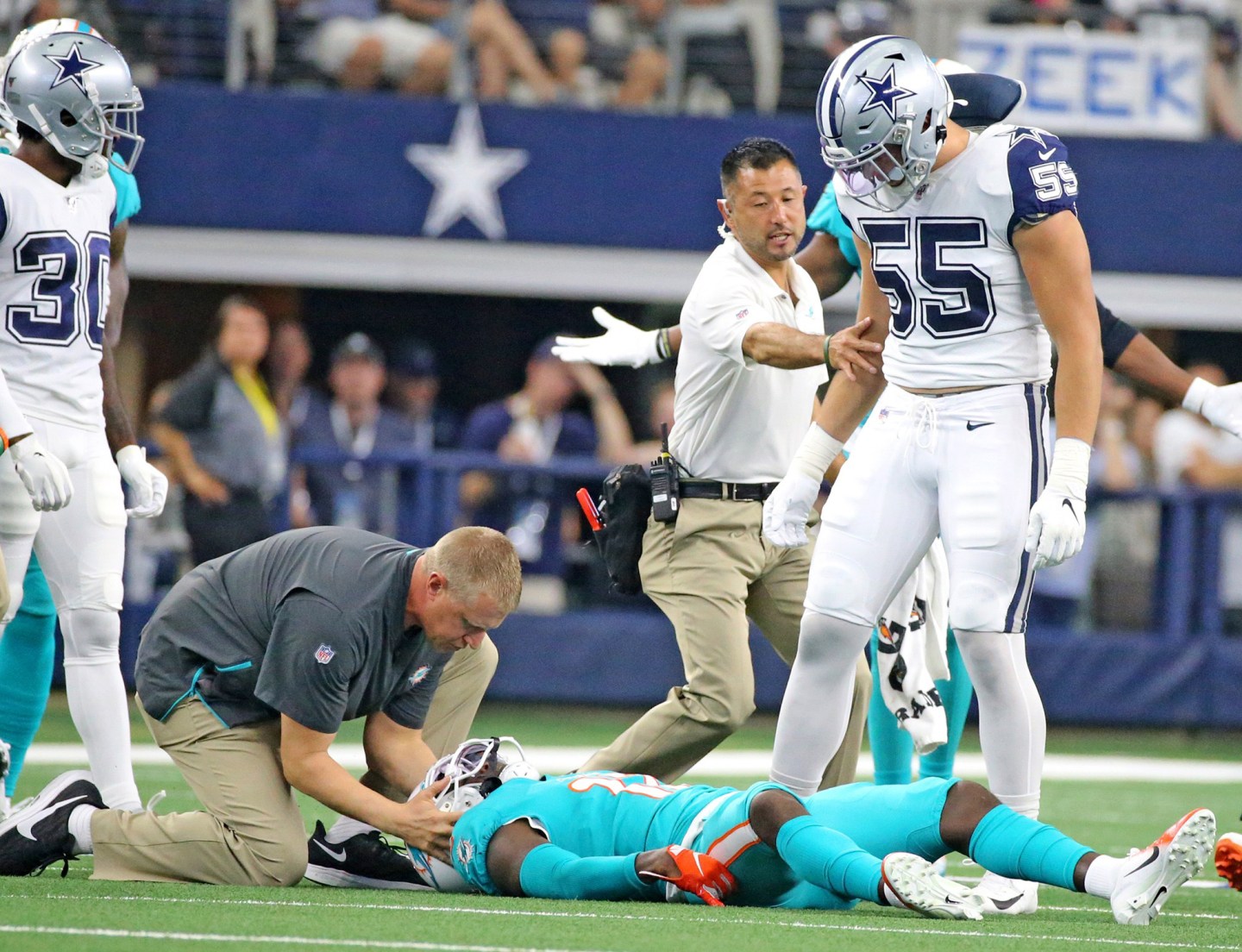 Amazon and the National Football League announced a deal to use the tech giant’s cloud-computing services to help solve the epidemic of injuries—and especially concussions—afflicting the sport.

Amazon’s cloud unit will provide software to gather volumes of player health data, as well as analyze information and scan video images to better treat and rehabilitate injuries. The league and company hope to eventually use the software tools, which include a new “digital athlete” platform, to predict and prevent injuries.

It’s the latest agreement between Amazon and the most-watched U.S. sports league. The company is in the second year of a $130 million deal to show Thursday night NFL games on its Prime video service.

While Amazon Web Services chief Andy Jassy talked up the partnership’s potential to help with player safety, it will also strengthen the relationship between Amazon and the NFL at a key moment for Amazon’s video aspirations. The league’s billion-dollar TV deals expire in the next few years, and streaming services like Amazon Prime and its competitors have been experimenting with live game feeds. Amazon is likely to be among the bidders for a larger package.

Proponents of artificial intelligence and machine learning say the technology could revolutionize a wide array of medical and health fields. Still, such work is early and some systems have shown issues with bias or unreliable results. Amazon’s own Rekognition software for image scanning and facial recognition has struggled to identify subjects with darker skin.

Player safety, particularly head injuries, has been a major point of focus for the league in recent years. Dwindling participation at the youth levels, plus evolving research and a lawsuit brought by former players has forced the sport to address the issue more forcefully.

Those efforts have taken on urgency as former players continue to speak out about the affect of head injuries on their post-retirement life. Former New England Patriots tight end Rob Gronkowski, who retired earlier this year, has said he sustained around 20 concussions playing football.

The league unrolled new concussion protocol in 2016, then made major revisions again in 2017, all aimed at diagnosing players in a safer and more efficient manner. The league also recently launched a $3 million challenge to create a safer helmet.

The number of concussions sustained by NFL players varies widely by year. In 2018, the NFL reported 214 total concussions in the preseason and regular season, the second lowest total since 2011. In 2017, it was 281, the highest in that time frame.

The Amazon-NFL partnership was announced Thursday at the annual AWS re:Invent conference in Las Vegas, the company’s venue for product and customer announcements.