Europe Is Terrified of Digital Currencies in the U.S. and China—But Can’t Manage to Develop Its Own 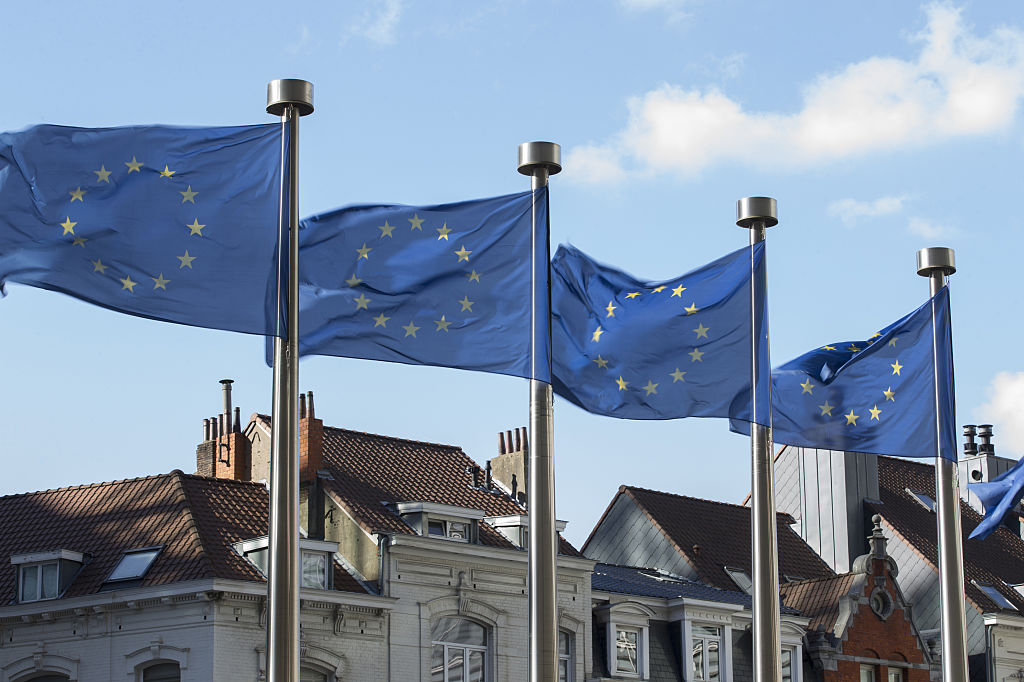 Flags of the European Union (EU) fly outside the European Commission building as residential property stands beyond in Brussels, Belgium, on Saturday, April 23, 2016. European Union policy makers need to standardize insolvency laws across the bloc if new bank-failure rules are to work effectively, according to Elke Koenig, head of the euro area's central resolution authority. Photographer: Jasper Juinen/Bloomberg via Getty Images
Jasper Juinen—Bloomberg via Getty Images

Europe is realizing that its failure to modernize its financial system is not just a threat to its competitiveness, but to its very sovereignty.

European pushback has already dealt a blow to Facebook’s global ‘stablecoin’ project Libra—and U.S. companies such as Visa and Mastercard could be among the next to feel a chill. Luckily for the card companies, the European Central Bank’s alternatives are—at best—a work in progress.

In a speech earlier this week,  ECB board member Benoit Coeure gave his clearest warning yet that Europe’s authorities now view U.S. payment companies as a potential threat to financial stability in the euro zone, due to the increasing willingness of the U.S. to weaponize its dominance of the global financial system. Visa, Mastercard, and American Express accounted for some two-thirds of card payments in the euro zone in recent years, Coeure noted.

“The EU may be more exposed to the risk that the monetary power of others is not used in its best interests, or is even used against it,” Coeure told a conference in Brussels on Tuesday.

Benoit Coeure, ECB board member, speaks at a Council on Foreign Relations event in New York in February 2019. This week he gave his sternest warning yet that European authorities now see payment companies as a means of financial sovereignty.
Bess Adler—Bloomberg via Getty Images

Earlier this month, European Commission Vice President Valdis Dombrovskis had also warned of the same threat, saying: “It has become clear that for certain strategic technologies, the capacity to drive cutting-edge innovation will determine our sovereignty as a continent. Payments is one of those strategic technologies.”

Dombrovskis had singled out the Libra project, acknowledging that Facebook—a private-sector entity that the Commission and ECB see as profoundly unsuited to curate a currency project given its past history of mishandling data—was about to provide a service for which there was genuine demand, and to which Europe had no obvious answer.

“It indicates that yes, clearly, there is a gap in offer for cheap, fast and convenient payments,” Dombrovskis said. “This is what we should be working on.”

“They’ve realized that, when it comes to Big Tech and platforms and the front-end of the payments infrastructure, Europe is nowhere to be seen,” says Teunis Brosens, a digital currency expert with ING Group in Amsterdam

Dombrovskis may have name-checked Facebook, but analysts argue that what really scares the Commission and the ECB is the growing willingness of the U.S. government to use secondary sanctions—or sanctions on those who transact with the ultimate targets of American punitive measures, such as Iran—as a foreign policy tool.

The controversy around Iran this year has been a particularly extreme illustration of Europe’s vulnerability. When U.S. President Donald Trump imposed fresh sanctions on the Islamic Republic, European companies from Siemens to Airbus had no alternative but to stop doing business with it because they are paid through the Belgium-based SWIFT messaging network, an organization that has U.S. bank representatives on its board and that consequently falls under the Treasury’s purview.

Banks handling payments for the companies would have risked the kind of multibillion dollar fine that hit French bank BNP Paribas in 2014 and exclusion from all-important dollar funding markets. Analysts at the European Council for Foreign Relations estimated well over €20 billion of lost business for EU companies as a result.

“It is clear that European governments need a better response to secondary sanctions,” ECFR senior policy fellows Ellie Geranmayeh and Manuel Lafont Rapnouil argued in a policy brief earlier this summer. “European countries need to reassure companies that they can conduct business within the contours of EU law and policy.”

While not entirely lifting the threat of U.S. punishment, a digital currency created by the ECB and accessible to Iran’s central bank would in theory provide a means for European firms to do business with Iran without using the U.S. financial system.

“It’s all about politics, all about geopolitics,” says ING’s Brosens.

And yet, in the short term, the solutions will ultimately have to be found in the more mundane business of retail payments.

Coeure’s speech broke little new ground in regards to the creation of a digital version of the euro, a project on which the ECB remains deeply conflicted, with German conservatism preventing it from embracing the cashless future now being explored in Scandinavia and, to a lesser extent, the U.K.

What was new about Coeure’s speech, Brosens said, was how clearly he backed a nascent project to create a new European standard for digital payments, the so-called Pan-European Payment System Initiative or PEPSI. The scheme could ultimately create a homegrown card brand to rival U.S. giants and their Chinese counterpart Union Pay, Coeure indicated.

“The ECB really wants PEPSI to succeed, and to succeed fast,” said Brosens.

PEPSI, with its pleasing but—ironically—foreign-inspired acronym, hasn’t even been formally launched yet. Many of the banks reportedly working on it, such as BNP Paribas and Deutsche Bank, are reluctant to confirm their involvement in the project. An AFP report earlier this month suggested that’s because the real force behind PEPSI is the ECB itself rather than the banks—somewhat at odds with Coeure’s ‘vision’ of “an industry-led, pan-European retail payment solution.”

The ECB and the banks it oversees have fought for years over the euro zone’s payments market, contributing to the slow introduction of instant payments across the region. Coeure noted tartly on Tuesday that it was “unfortunate that past harmonization initiatives have failed to explore the significant economies of scale that the Single Market offers.”

The ECB finally launched its TARGET Instant Payment System, or TIPS, a year ago, but still only has 27 participants for it. TIPS offers the kind of service provided by PayPal and others, letting people and companies in Europe transfer euros to each other within seconds, irrespective of whether their local bank is open.

TIPS participants include Italy’s Unicredit and Spain’s two biggest banks, Santander and BBVA, but none of the big German banks and only one major player from France, the savings bank giant BPCE.

The banks appear to prefer their own real-time payment system, launched across the euro zone in 2017 through a company known as EBA Clearing, which they own themselves. At the time of the TIPS launch, the German Association of Public Sector Banks had sneered that the ECB had “not always listened to the interests of the banks.”

With such tensions bubbling in the background, the euro zone’s search for salvation from the likes of ApplePay, Alipay, Union Pay and Visa looks set to drag on for some time. Even so, while diehard crypto fans continue to amuse themselves with projects intended to link future trade between colonized planets, digital currency is more clearly than ever an issue of utmost seriousness for the institutions that matter.