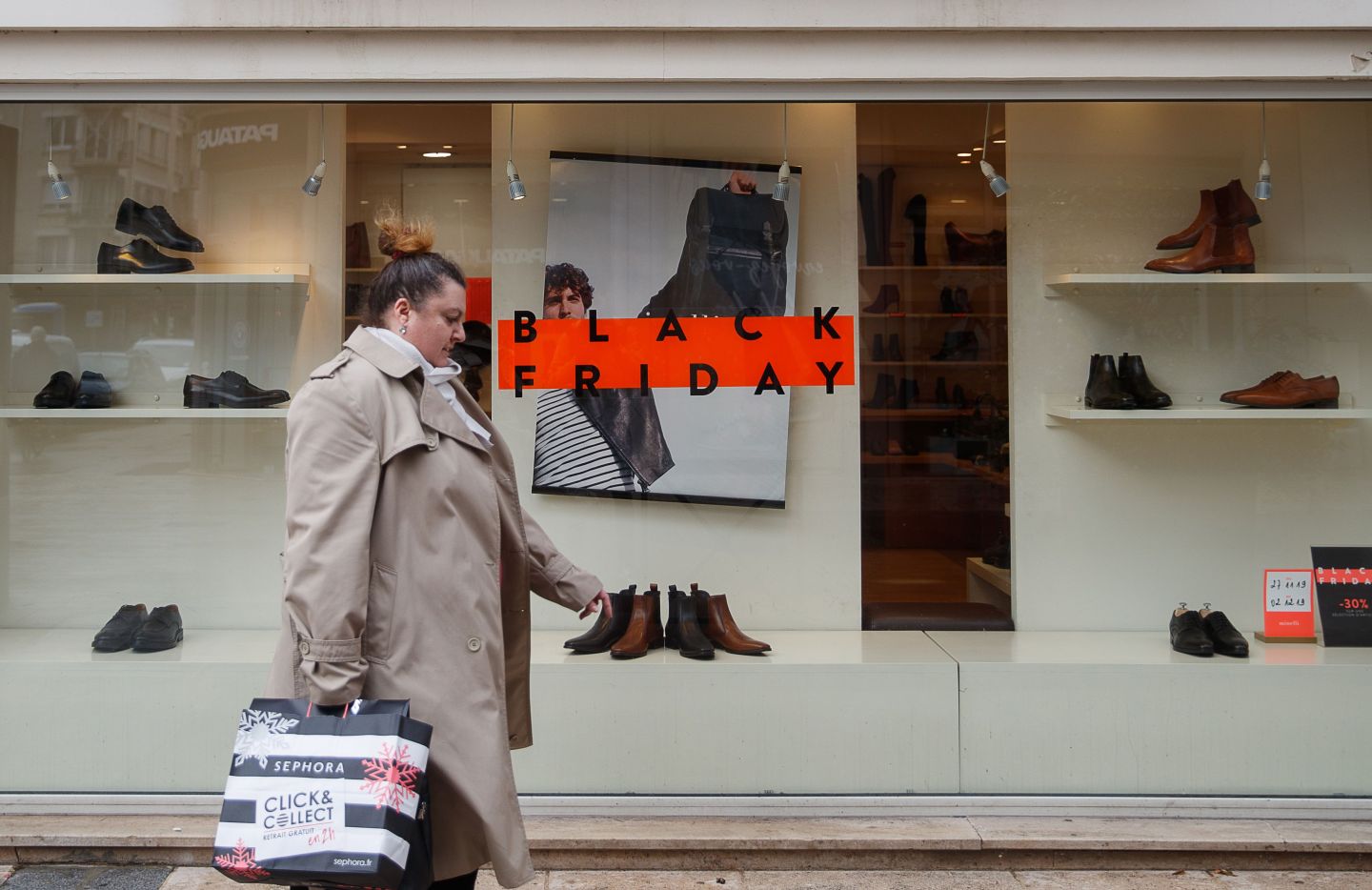 On London’s Oxford Street last weekend, you could almost forget we were in the midst of a retail apocalypse. Christmas lights and a slew of special offers marking an ever earlier start to the imported bargain frenzy, Black Friday, brought out the crowds. Similar holiday cheer and promotions have spread elsewhere in Europe too.

But European retailers face a new worry:  shoppers deliberately staying away in order to safeguard the planet.

Conspicuously skipping consumption is a long-term threat. But when it comes to Black Friday, the more shoppers who shun it the better.

For European stores, introducing the crazy U.S. holiday shopping tradition has been an act of self-harm. If protests persuade stores to cut back on this margin-destroying activity, both the planet and profitability would benefit.

To recap: Black Friday first reared its ugly head in the U.K. around the start of the decade when local chains responded to Amazon.com Inc.’s unleashing of post-Thanksgiving discounts onto the British public. The trend hit continental Europe later, but French and German have retailers have stepped up their participation over the past few years.

As the phenomenon grew, so did resistance, with, for example, International Buy Nothing Day urging us to switch off from shopping. But this year the anti-consumerism movement is gaining traction.

In France, where retailers are bracing for a Dec. 5 nationwide strike that may last longer, youth activists are joining with Extinction Rebellion to protest at shopping malls and elsewhere on Friday in an action called #BlockFriday. Ecology Minister Elisabeth Borne has weighed in, warning people about the pollution generated by Black Friday between all of the extra delivery runs and packaging. “We can’t at the same time call for a reduction in greenhouse gases and call for a consumer frenzy like that,” she said. There’s even a proposal by lawmakers to ban Black Friday promotions altogether.

In Lyon, ethical-clothing specialist WeDressFair will for the second year close its store and website on Friday. Instead, customers can bring in their ripped jeans and shirts with missing buttons to be mended. They will also learn now to make more eco-friendly washing powder.

These different initiatives underline the increasing focus on shopping’s impact on the environment.

The chief executive officer of Hennes & Mauritz AB, which has been seeking to make its clothing more sustainable since the 1990s, recently warned of the threat of consumer shaming. Associated British Foods Plc’s Primark has been struggling in Germany, in part because some consumers there believe because it’s cheap, it’s got to be bad for the environment. To address the growing concerns about fast fashion, the chain has introduced clothing recycling stations in its stores and increased its use of sustainable cotton.

ABF CEO George Weston has also argued that it is greener to shop in physical stores than it is to buy online. That’s significant because Black Friday is still primarily a web-based phenomenon.

Determining which is greener is not straightforward. There is some academic evidence to suggest that shopping online is actually more sustainable. But that is not always the case. When a whole range of factors are taken into account, including returns, ultra-fast delivery, subscription programs that encourage repeat purchases, collecting parcels by car and showrooming — where customers travel to stores to evaluate products before ordering — the picture is far less clear cut.

Whether it’s for environmental or commercial reasons, any break on the event is welcome. Deloitte estimates that the average discount in the U.K. this November is about 27%, similar to last year, although deals started earlier. Retailers may win some incremental sales, but given the difficult market conditions, that’s not guaranteed. So, unless they are offering products that would have gone into the January sale anyway, or items specially made to be sold cheaply on Black Friday, this level of reduction means  they will be sacrificing margin.

Some store groups that previously embraced Black Friday have now rowed back, led by Asda, the U.K. arm of Walmart Inc. Wm Morrison Supermarkets Plc is also getting less involved. Others, such as the electronics chains AO World Plc and Dixons Carphone Plc, plan promotions with suppliers months in advance.

This year, the effect of Black Friday will be particularly pernicious. Falling after payday and kicking off the main spending weeks in the run up to the holiday, it will be difficult for retailers that offer discounts to return to full price. Add in Brexit uncertainty in the U.K. and the upcoming strikes in France, and it increases the potential for a highly promotional period.

More conscious consumers are too late to prevent Black Friday from taking place in 2019. But if they force retailers to come to their senses in future, it won’t just be the environment that wins.