Apple Now Recognizes Crimea as Part of Russia in Its Apps, Bucking U.S. and International Policies 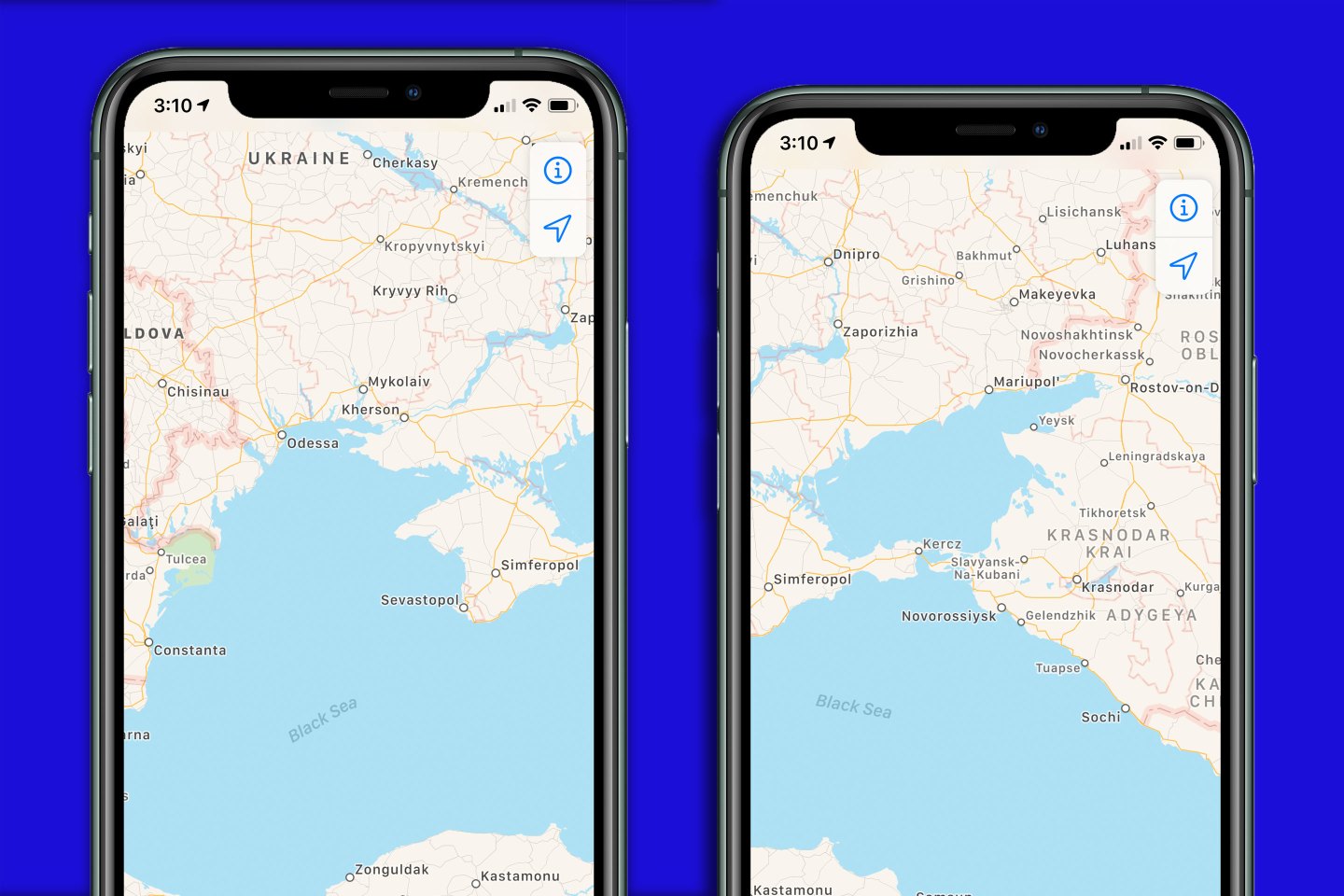 After receiving pressure for the Russian government, Apple has begun showing Crimea as a part of Russia in iOS’s Maps app.

Now when Russian users open Apple Maps and Weather, they will see Crimea reflected as a part of their country. The rest of the world’s iOS users will see that the peninsula isn’t labeled as part of any country—and specifically not a part of Ukraine.

Apple’s decision to recognize Crimea as a Russian territory is controversial, since the international community has refused to recognize Crimea as a part of Russia, after its forces annexed the peninsula from Ukraine in 2014. The U.S. state department issued a ‘Crimea Declaration‘ in July 2018, a statement that “rejects Russia’s attempted annexation of Crimea and pledges to maintain this policy until Ukraine’s territorial integrity is restored.”

In a statement, Russia’s Duma confirmed that Crimean peninsula and the port city of Sevastopol “now appear on Apple devices as Russian territory,” after months of lobbying Apple to fix the “inaccuracy.”

Apple did not immediately respond to a request for comment from Fortune.

“Let me explain in your terms, Apple,” Prystaiko writes. “Imagine you’re crying out that your design and ideas, years of work and piece of your heart are stolen by your worst enemy, but then somebody ignorant doesn’t give a damn about your pain. That’s how it feels when you call Crimea a Russian land.”

He also suggests that Apple “stick to high-tech and entertainment.”

“Global politics is not your strong side,” he adds.

Crimea was a part of the Soviet Union until after Josef Stalin’s death in 1953. The following year, Soviet premier Nikita Khrushchev transferred Crimea to Ukraine. The Crimean peninsula, which includes the port city of Sevastopol, offers a strategic location on the Black Sea that appeals to Russia’s military. Additionally, Russian President Vladmir Putin has previously justified the move as fair, since the former Soviet republic is home to many ethnic Russians.

—The ECB’s new mantra: ”Men go to war and the women pick up the pieces”—CEOs are facing fierce pressure on climate change—from their own kids
—After a violent “yellow vest” anniversary, what’s next for the movement?
—In the wake of Brexit, Amsterdam is the new London
—These are the jobs artificial intelligence will eliminate by 2030