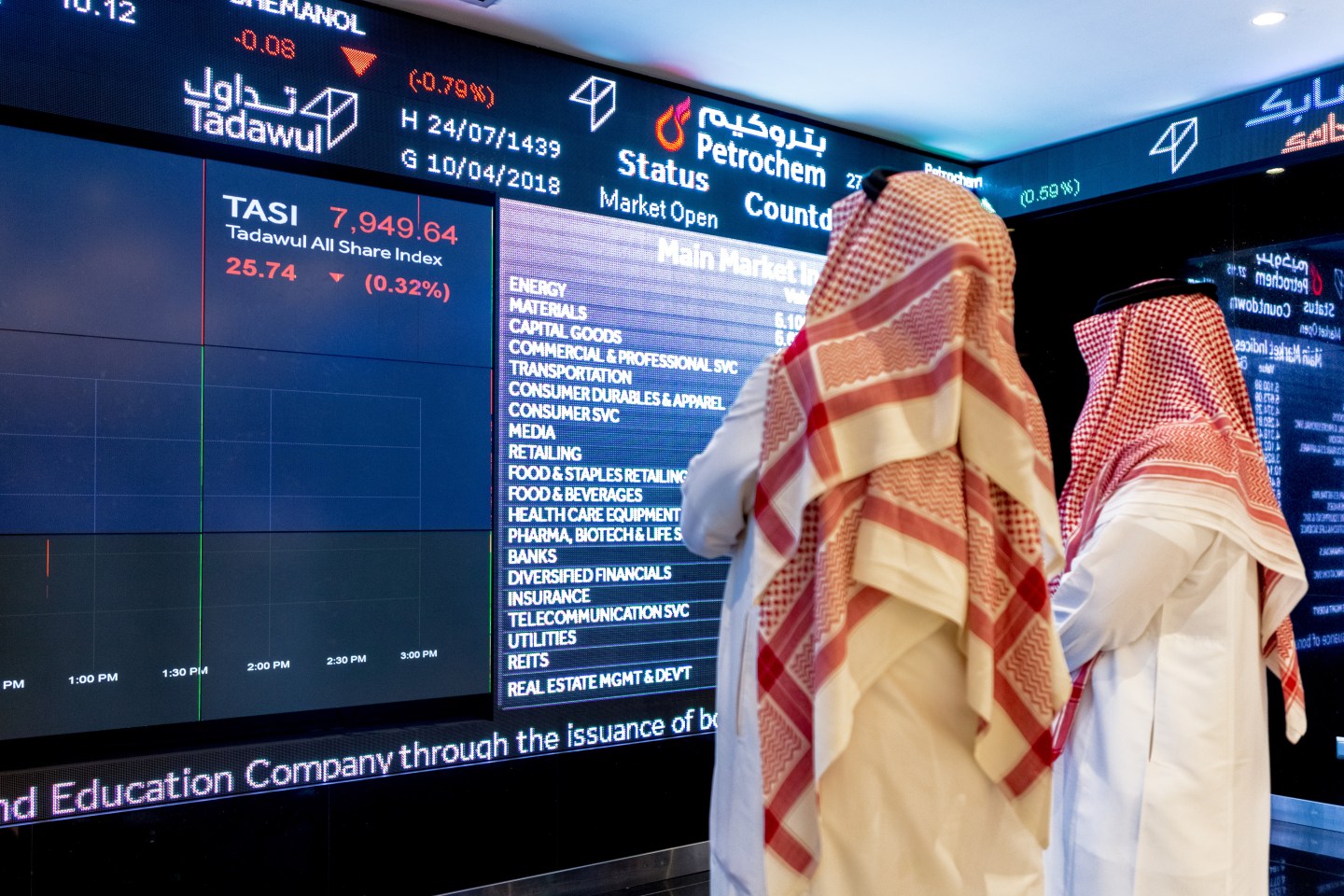 Not long ago it was taken as a given that Saudi Aramco, the world’s most profitable company, would also score the world’s biggest IPO. But with a big Dec. 4 deadline looming, it’s becoming clearer that the Saudi oil giant still needs a gusher of demand from local investors if it’s ever to claim that crown.

The biggest initial public offering ever belongs to Alibaba, from 2014, weighing in at $25 billion. As recently as this summer, it was assumed Aramco would cruise past that. But a host of factors, including Western investors’ resistance to meet such a rich valuation at a time of low oil prices, geopolitical tensions and a backlash against fossil fuels that contribute to global warming, has forced the Saudis to come to market with a scaled down listing.

Hit the high end of the range, and Aramco would be the biggest listing of all time—giving Saudi Crown Prince Mohammed bin Salman crucial bragging rights. The final bids, those from institutions, must be in by Dec. 4.

So, how close is he?

According to the Saudi investment bank Samba Capital, one of the global coordinators of the IPO,  institutional and private investors have already placed 73 billion riyals ($19.5 billion) worth of bids on Aramco shares in the first five days of the offer. Institutional demand looks strong. Demand from individual investors looks less so.

In the end, what could very likely put the offering over the top is the so-called greenshoe option, a kind of insurance policy investment bankers like to deploy under the right conditions that could ultimately boost the size of the share sale by 15%.

The “greenshoe” was first used in the flotation of U.S. company Green Shoe Manufacturing Co, now Stride Rite, in 1960. If the Aramco underwriters take up this option it would raise the value of the offer to up to $29.8 billion, comfortably beating Alibaba’s record.

Alibaba itself achieved the world record IPO after its underwriters exercised their own “greenshoe” option to sell an additional 48 million shares. That enabled it to vault over the Agricultural Bank of China, which, in 2010, had raised $22 billion. (Alibaba is expected to raise up to $13 billion this week in a record cross-border secondary offering in Hong Kong).

The greenshoe isn’t a given. You need strong demand, and that’s anything but clear at the moment with Aramco (nor in this topsy turvy IPO market).

“Greenshoe” options are a mechanism used in share sales to smooth out sharp price swings when shares begin trading. Underwriters typically establish an option to procure more shares than are on offer. This way, if the price shoots above the offer price, the underwriters have a convenient option to sell the extra allotment, thus capitalizing on the high demand. In the case of Aramco, those shares would come straight out of the Saudi government’s holding.

Saudi Aramco recruited more than two dozen banks to underwrite or advise on the IPO, including some of the biggest names in investment banking such as Goldman Sachs, Morgan Stanley, J.P. Morgan and Citigroup, but the bumper fees they were expected to earn are also now likely to be lower.

Foreign institutions can apply for Aramco shares, although only “qualified foreign investors”—banks, funds or insurance companies with at least $500 million under management—can trade shares on the Saudi market.

Despite hesitations among Western investors, the success of the IPO will largely come down to investors from Saudi Arabia and the Gulf region, with a likely additional boost from China’s sovereign wealth fund and state oil companies.

Steffen Hertog, an expert on the Gulf and Saudi Aramco, told Fortune he believed there was potential for some oversubscription “given how intense the local discussion has been on the IPO and how many retail investors seem to be taking on credit or selling other assets to be able to buy into the IPO.”

Still, the IPO is bound to disappoint some in the kingdom. For starters, it’s likely to raise a quarter of the original $100 billion target. And, Hertog pointed out, the shares sales will occur mostly in local currency. Getting in foreign currency, particularly euros and dollars, would have helped Saudi Arabia’s sovereign wealth fund, the Public Investment Fund, with its international asset diversification strategy.

“That said, it might still end up being the world’s biggest IPO. That might be seen as a success locally, where international rankings count for a lot, but probably less so by international observers,” said Hertog, who is associate professor in comparative politics at the London School of Economics.

Outside of the kingdom, doubts linger. Analysts at the brokerage Bernstein said the price range set by Aramco would imply a premium valuation to Western oil majors on almost every metric.

“Based on our initial discussions, the valuation range is higher than most institutional investors would consider attractive. Based on the yield-rich alternatives and the discount most investors would seek given the small free float and potential risks, the valuation range could prove challenging,” Bernstein said in a Nov. 17 note shared with Fortune.

Sure enough, a board member of an Australian investment fund told Fortune this week that, after reviewing the Aramco prospectus, they passed on making a bid, saying the price was too high.

Bernstein said that’s not to say the Aramco IPO will be a flop. “We expect that local investors, sovereign wealth fund, index funds and cornerstone investors (such as national oil companies) will participate in the Aramco IPO. This could mean that the valuation is higher than what would be normally achieved in the market, especially given the strategic interests of some of the potential investors,” it said.

For longterm investors, perhaps the most important factor in valuing Aramco is the oil price, which has been depressed since 2014. The final IPO price will be set on Dec. 5 which is the same day OPEC ministers meet in Vienna to decide whether to extend or even deepen oil production cuts intended to bolster oil prices. Market expectations about that meeting could have a big impact on the oil price and therefore Aramco’s value when trading begins.

—The stock market has hit 19 new highs in 2019 alone. Why?
—The 2020 tax brackets are out. What is your rate?
—How “VSCO Girls” are killing makeup sales
—What is “quantitative easing”—and why is everyone so worked up about it?
—What powered such a great decade for stocks? This formula explains it all